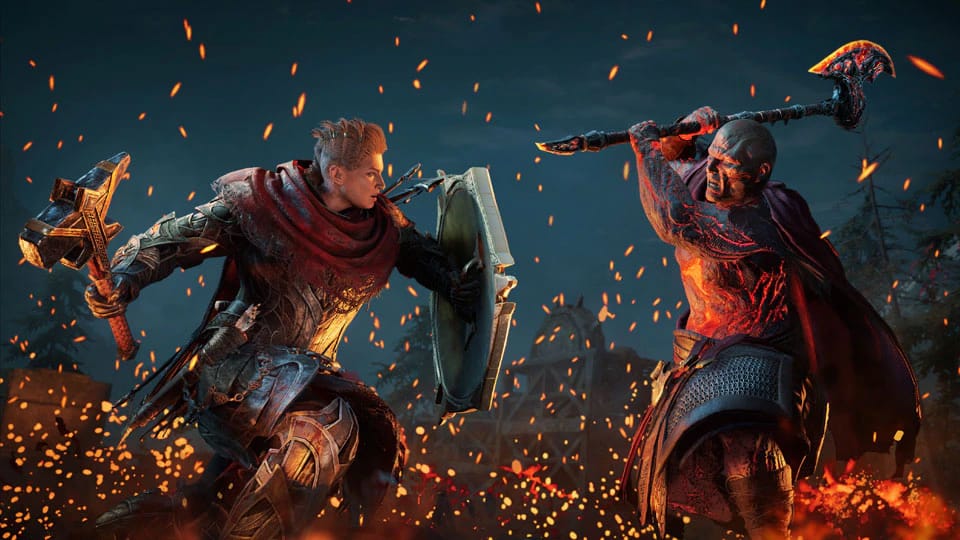 Assassin’s Creed Valhalla’s Dawn of Ragnarok expansion arrives next month, so Ubisoft’s dropped a new trailer and explainer for the new DLC.

While the story starts off in Ravensthorpe, the meat of the action takes place thousands of years earlier. You’ll play as Odin and explore the dwarven realm of Svartalfheim. We’re fully in the land of myth and magic here, so expect a twisted unnatural landscape of lava and icebergs. Handily, this fits nicely with the fire and ice powers you’ll face up against and get to wield.

On your side, you’ll have access to a Hugr-Rip. It’s a mythical bracer that allows you to steal powers from certain enemies. Using Hugr, a new resource, it’ll grant you access to a host of new abilities. These include ones that let you become a Raven, a fire giant, a frost giant & even raise the dead to fight alongside you.

The DLC will also feature a special ‘Arena’. Here’s where Odin gets to recount their accomplishments, with you taking on waves of enemies and bosses as you ‘re-enact’ the stories. In a nice touch, adding ‘boasts’ to these tales adds extra modifiers, for an extra challenge for more rewards.