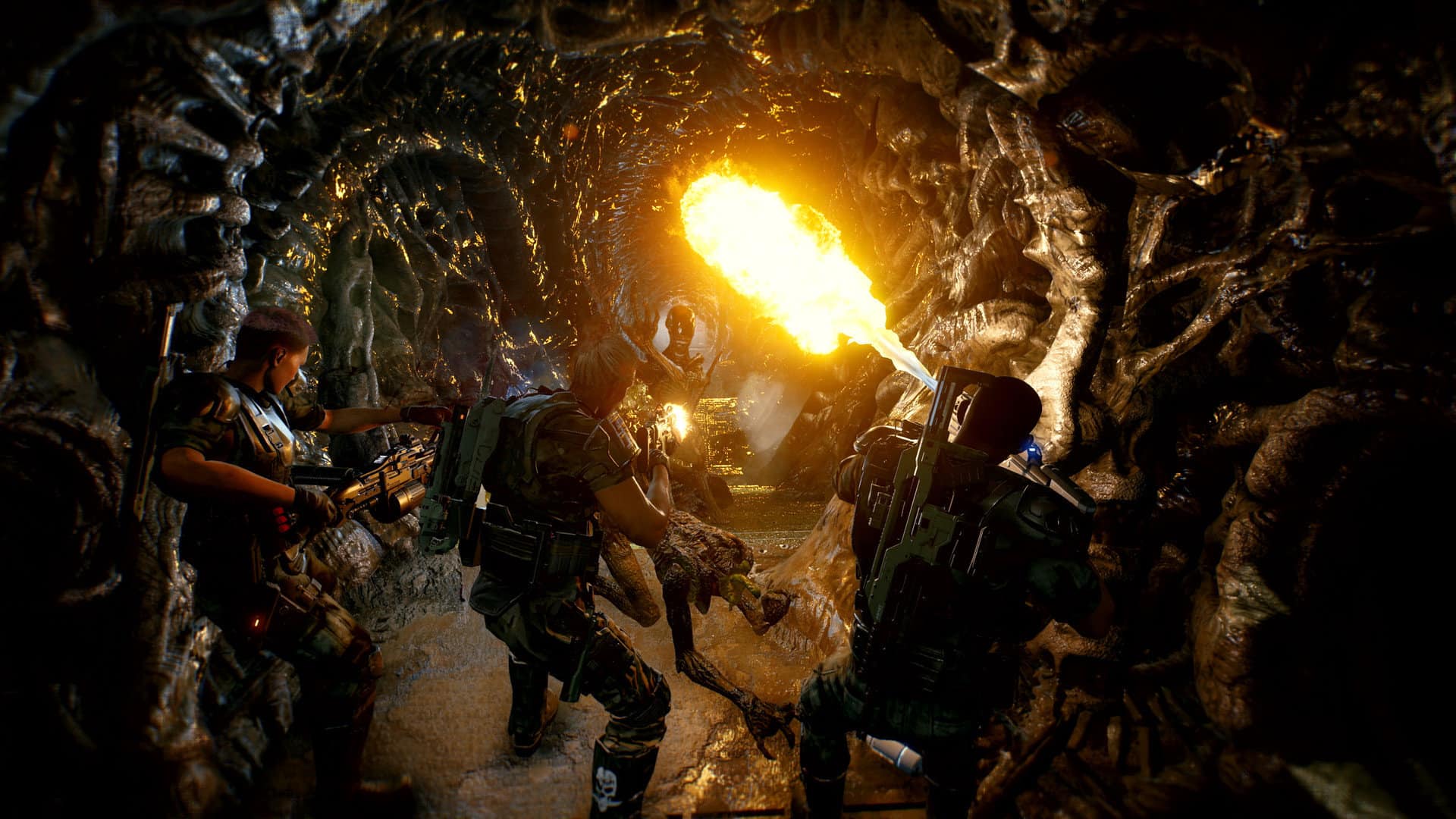 Updated on December 1, 2021 by Ben Borthwick

Cold Iron Studios has announced that co-op shooter Aliens: Fireteam Elite will be heading to Xbox Game Pass on December 14.

The move coincides with the news that the game’s second season of free content arrives on the same day. Season 2 is named Point Defense after the update’s brand new game mode. Players must defend three strategic points on the map from waves of the Xenomorph threat. Marines will earn Fabrication Points between waves to spend on consumables to help them survive the next one.

Season Two also brings along a couple of other new features. These include Lifetime Stats, that let you track various things like kills and time taken on missions and compare them with pals. There’s also the addition of four new Hyperdyne weapons, one for each type. The new rifle is the EVI-87 Zvezda Plasma Rifle, the Microburst represents the Heavy, the PPZ-49 Vol for CQW specialists and the Frontier Revolver handgun.

Josh reviewed Aliens: Fireteam Elite for us back when the game launched in August. He said “If you squint, you could be playing Outriders—with less satisfying shooting, granted, but with a superior world grafted onto the action.”

Aliens: Fireteam Elite will arrive on Xbox Game Pass for console and PC on December 14. Season Two: Point Defense arrives in the game on the same day on there as well as PlayStation 5 and PlayStation 4.