A new Star Wars: Knights of the Old Republic game is reportedly in development, but not at EA 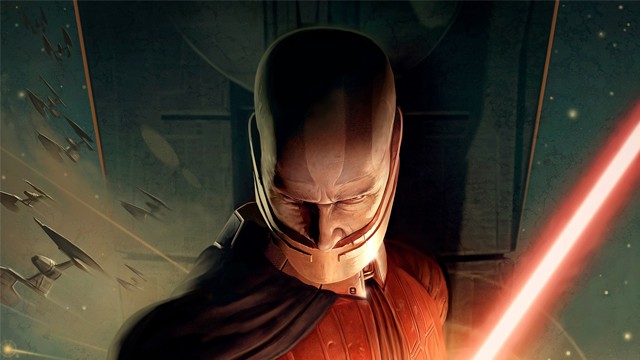 Classic Star Wars RPG Star Wars: Knights of the Old Republic might be making a comeback with development on a new game in the series reportedly under way at a studio that, surprisngly isn't going to be at original developers Bioware or even their parent company EA.

The rumours come from multiple sources including noted Star Wars insider Bespin Bulletin, who made the claim on a recent B.O.B. the Podcast episode (as reported by VideoGamesChronicle) and said "Amongst my digging, I heard there is a Knights of the Old Republic project in development somewhere. I talked to a couple of people, and I also found out that Jason Schreier said that it’s not with EA, and we’ll ‘never guess’ who the studio is that’s making this game.” The comments Bloomberg journalist Schreier made that Bespin Bulletin referred to were in a thread on the Resetera forums posted late last year.

Of course Lucasfilm Games announced a big refresh just last month, and part of that refresh included announcing that they would be making a new "open world" Star Wars game with Ubisoft, meaning EA would no longer be the exclusive developer for Star Wars games going forward (though they clarified they would still be making games in the universe). Curiously, around this time last year it was rumoured that EA had approved a new Star Wars: Knights of the Old Republic game from EA Vancouver, but nothing seemed to have come from that, and there's no word if this new project is related in any way.

If there is a new KOTOR in development, it's still rumoured and unconfirmed at the time of writing so take all this with a pinch of salt,  but if true this certainly leaves the field wide open as to who might be working on this new game. Could be it Obsidian, who developed Knights of the Old Republic 2: The Sith Lords and are now with Microsoft? Hopefully we'll find out soon enough.