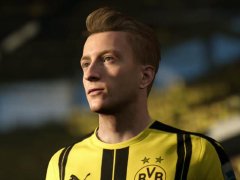 by VideoGamer.com Staff on Sep 5, 2016
No Comments

FIFA 17 tips and tricks are going to be as important as ever if you want to come out on top and score more goals than your opposition. FIFA 17 comes to PS4, Xbox One and PC with a brand new game engine, making this year’s FIFA one of the most significant updates since the franchise adopted the Ignite Engine.

We’ve got a range of guides and helpful tips to help players on there way. Look out for lists of the best players FIFA 17 Ultimate Team has to offer, from strikers, to defenders to goalkeepers. If you need to know the benefits of Lionel Messi over Hugo Loris, or decide between Gareth Bale or Neymar, this is the place to be.

Also expect a range of guides to help new players get started and even a few pointers that should help novices progress into the upper leagues.