This year could be horrible, in a good way 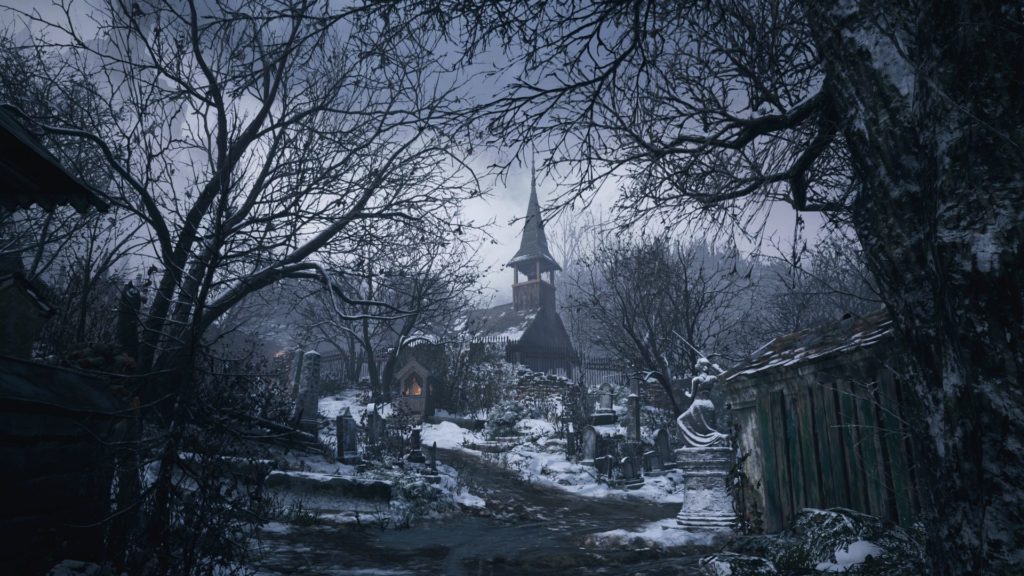 A new year is upon us. As drab and dire as 2020 was, it was a great year for video games, offering us plenty of portals through which to dive, and dispel the misery of the real world—if only for a time. Looking ahead, I think 2021 will have a tough time matching it. (With any luck, we won’t be so desperately hungering for escape.) One area, however, in which this year has a chance to best last year is in horror. The unsmeared months ahead, whatever they may hold, are reassuringly brimmed with games that aim to frighten. Allow me to present a list of horrible reasons to be cheerful. 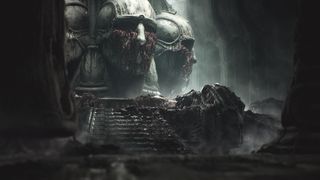 For those with a zest for the biomechanical—essentially, the horror of nozzles—Scorn is cause for excitement. A recent gameplay video depicted a lone figure with a gun of fossilised bone skulking through corridors that resemble dark racks of ribs, and doors that squelch. The entire thing looks as if H.R. Giger, who designed the alien in Alien, had been set loose without the worries of plot or character. Indeed, it’s hard to tell quite what’s going on in Scorn. And that may be the point. Originally, the game was planned as a two-part release, the first entitled “Dasein,” after one of the founding concepts of Heidegger’s existential philosophy. Thus, the milk-pale monstrosities that lollop towards the camera are only one source of the scares on offer, the other being the invitation to ponder your own existence. 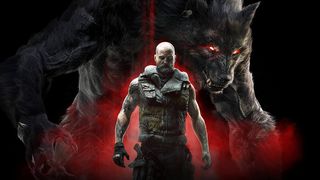 If you have a fear of overpunctuation, two titles scheduled for release this year will generously stock you with shivers. Both are part of the same fictional universe. Both are RPGs. And both are prowled as much by creatures of the night as by a creepy horde of colons and dashes. The first is Vampire: The Masquerade—Bloodlines 2, and the second is Werewolf: The Apocalypse—Earthblood. The latter is being developed by Cyanide Studio (who made Call of Cthulhu), and it appears to be laced with a bittersweet tincture of B movie. Note the stiff animations, as graceful as cardboard, that govern the movements of Cahal, the game’s lupine hero, as he lopes through a military facility, shifting at will into various hairy shapes. The werewolf genre is rather bare, in video games, and fans of the genre could be forgiven for hankering after Cyanide Studio’s game as if it were a dripping hunk of lamb. 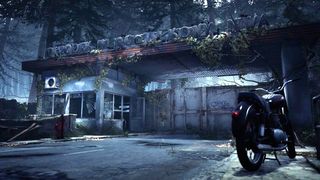 The Medium will make its way to us on January 28. Its developer is Bloober Team, who made Layers of Fear, and two things have me excited about it. Both arrived in the recent trailer—in fact, within the first minute of the recent trailer. One is the soundtrack—rich in industrial thuds and rushing wind—which is composed by Arkadiusz Reikowski and Akira Yamaoka. The other is the wall-mounted map that the heroine comes across, in a grey and vacant hotel hallway: colour-coded, faded, and familiar. Both Yamaoka and the map belong to Silent Hill, and that series’ influence lingers damply in the air. On top of that, the game features a world-shifting mechanic, with each area available in a Hell-flavoured makeover. The game’s website bears the curious tagline “You’ve only seen half so far.” Not so. I’ve seen even less; I quit the trailer after about a minute. Roll on the end of the month! 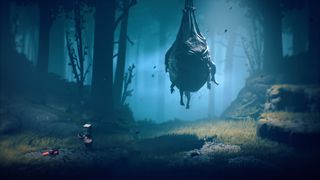 The first Little Nightmares was notable for treading new and greasy ground. Its rooms, and the ghouls that patrolled them, bore the queasy look of a Marc Caro movie: all yellowy closeups and monstrous angles. If my memory of its staid puzzles and platforming has faded, that may be down to the moments of cloying horror that have stuck around—distended limbs and snatching hands, rubbery faces, mountains of shoes and luggage. That game was set onboard a ship at sea; the sequel has come ashore, and has you exploring a city as a boy with a paper bag over his head. If you grow weary of jump scares, and require not shocks or jolts but the soft approach of dread, like mould in the mind, that chilled the sleepless nights of your childhood, then I would brace yourself for February 11, because Little Nightmares II will likely have you covered. 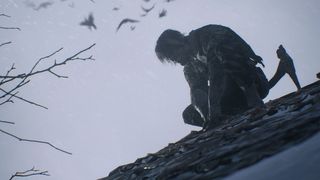 The Resident Evil series has proved itself remarkably malleable, over the years. The term “survival horror,” is applicable not just as a genre signifier but as a description of the series’ ongoing mutations. How far can the formula be infected and injected anew, while ensuring that the horror survives? The traditional door-creaking spooks of the early games have been heated up into panic-stricken action; we’ve punched boulders and gripped light guns; and in 2017 we took a first-person detour to the swamps of the American South. All the while, Capcom has kept the series—for the most part—fresh (or rather stylishly stale, as befits its undead theme). Resident Evil Village is set to come out this year, at an unspecified point, and it seems to sport werewolves, vampires, and a village blanketed with biting snow. The trailers have teased us with the return of longtime hero Chris Redfield, who in the new game seems to flirt with villainy—wrapped in a trenchcoat, wielding a suppressed weapon, and powered by cryptic motives. Why, all he needs now is a pair of sunglasses… 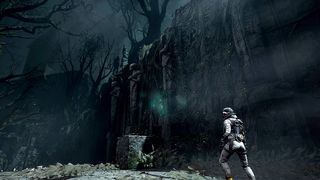 Returnal has a stupid title. From what I can tell from the trailer, it’s about an astronaut who crash-lands on a doomy clump of rock and, equipped with laser-powered weaponry, must kill a tentacular alien menace, while reliving the same day over and over. They should have called it Groundhog Slay. It is being developed by Housemarque, who made Resogun and Nex Machina—two sci-fi shooters whose worlds broke apart with showers of brightly coloured voxels, and in which the enemies received just as thorough a thrashing as our retinas. The new game looks to fuse that phosphorescence to a landscape of crumbling gloom. “Brought to life by stunning visual effects, the dark beauty of the decaying world around you is packed with explosive surprises,” promises the game’s shop page. Given that Returnal is a PlayStation 5 exclusive, I expect many of those explosive surprises will rumble their way up our wrists, by way of the DualSense controller. 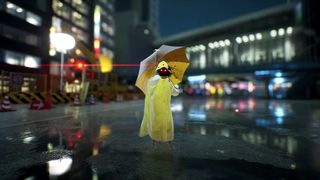 The horrors of GhostWire: Tokyo include headless school girls, staggering through alleyways; faceless men in suits, carrying meat cleavers through the rain; and what appear to be stacks of possessed boxes, lurching towards us. The game’s combat director, Shinichiro Hara (who worked on 2016’s Doom), has described the clashes as “karate meets magic.” I have to admit to mild skepticism; the latest trailer, brimming with wild violence, did less to convince me of real chills than the first. Still, the developer is Tango Gameworks, the studio that made The Evil Within, and which was founded by Shinji Mikami, who pretty much gave us the survival horror genre as it is now, so I’ll give this the benefit of the clout. Mikami’s crowning achievement is Resident Evil 4, and while that game rerouted the series towards action, it still kept hold of its horror, which you could describe as “chainsaw meets neck.”