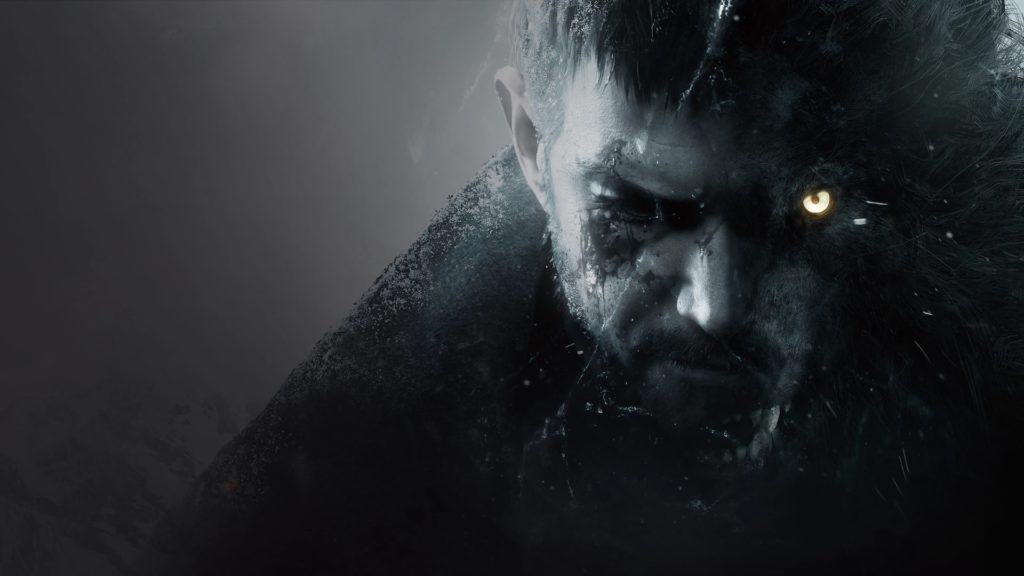 It has not been a bad year for werewolves. Back in February, we got Werewolf: The Apocalypse—Earthblood, whose title, with its elongating colon and rupturing dash, evokes the painful creak of transformation. Now we have Resident Evil Village, which bristles with decent, rural souls (the hard-bitten sort, used to living off cruel soil) who undergo a change. And never mind the full moon. In the middle of the day, they find themselves furnished with matted pelt and squatting on the rooftops in packs. There, in one of the creepiest spectacles I have seen in a long while, they simply watch—a steady yellow glare through a plume of steamed breath. In one sense, the image is purest Resident Evil: the ordinary is mutated into the outlandish, but the outlandish is rooted in the recognisable, and we arrive at the uncanny. On the other hand, how did we get from viral outbreaks and zombies—Romero Country, in other words—to this, a different kind of lunacy altogether?

One of Freud’s hairier case histories is that of the “Wolf Man,” whom he describes in From the History of an Infantile Neurosis: “The patient with whom I am here concerned remained for a long time unassailably entrenched behind an attitude of obliging apathy.” That sounds, to me, like a pretty good diagnosis of the Resident Evil series, which slides, once in a blue moon, from obliging apathy to howling audacity. Whenever the formula grows crusty, it is injected—usually with a swarm of new creatures and a fresh camera angle. The progenitor of the new game is Resident Evil 4, which came out in 2005 and shook the series to its foundations, infecting just about every third-person shooter since. 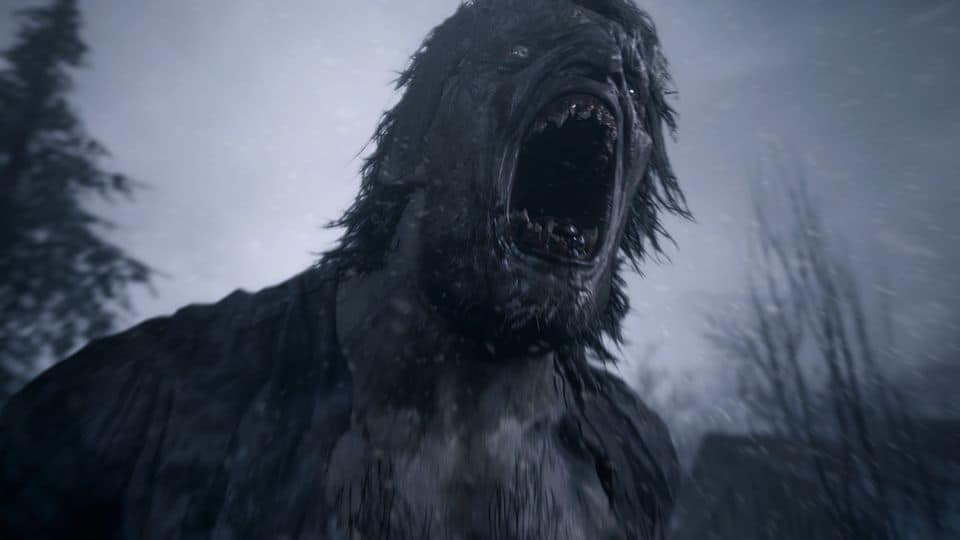 As with that game, you begin in a village, shift to a castle, and end up in an industrial nightmare. And as with that game, the story starts with a sigh. “It’s been three years since everything that happened at the Baker house,” says Ethan Winters, recapping, in a weary voice-over, the events of Resident Evil 7: Biohazard. We find him in a cosy house somewhere in Romania, with his wife, Mia, and their baby, Rose. They are having one of those classic marital tiffs that arise when she chainsaws your hand off, you cure her of a condition that defies medical science, you both battle a family of superpowered freaks, have a child, and move halfway across the world to live a clandestine life in a landscape of biting snow. “It’s just… Finding you in Louisiana, the pregnancy, Chris moving us here, military training—It all happened so fast, you know?” Yeah, you’re telling me.

Traditionally, the drama in Resident Evil scrapes and shunts into place like the ceilings of the Spencer Mansion, its performers sandwiched by dire circumstance and crushed by the weight of pure schlock. But the early moments of Resident Evil Village try for scenes of domestic subtlety — red wine babbling into glasses, tempers seared at the dinner table—and the result, shambling and misshapen, feels as if it was cooked up in one of Umbrella’s laboratories. Todd Soley, who voices Ethan, opts for a lurching blend of the jetlagged and the irate, jamming his lines into odd places and not quite keeping pace with those around him. He doesn’t seem at home when he is at home; an itchy and flaring performance such as this only makes sense in extremis. Luckily, just as we begin to truly dread the prospect of a quiet life—the evil of a fixed residence, as it were—in crashes Chris Redfield. He has changed his look since we saw him last, sporting a long black coat, a thicker neck, and a permanently installed frown. Wasting no time, he shoots Mia, kidnaps Rose, drags Ethan into the night, and we thank our lucky stars. 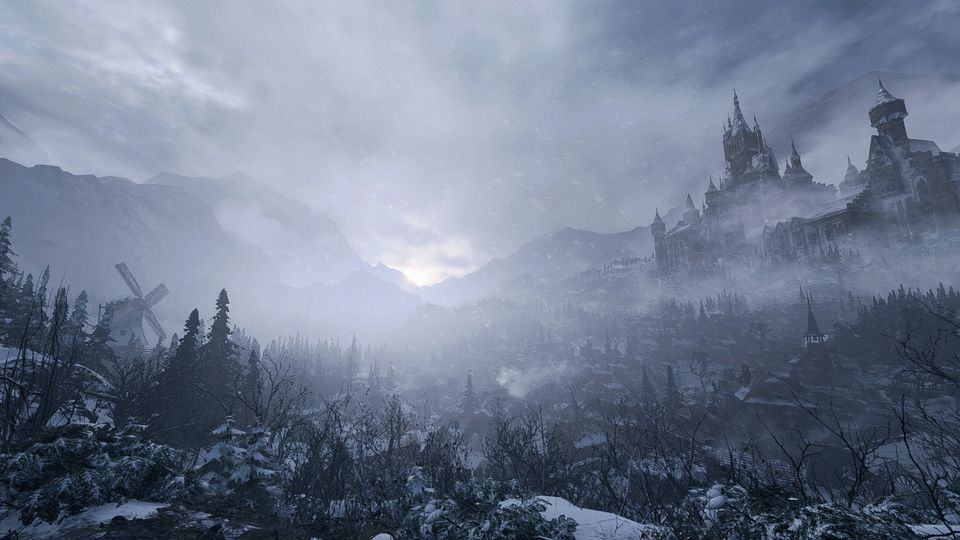 After limping from a smashed van into the woods, Ethan alights at a village, fends off the lupine locals, and reaches a cloud-impaling stronghold called Castle Dimitrescu. Here he meets three cackling daughters who drink blood, shy from open windows, and burst into swarms of insects. They are loomed over by a matriarch, Lady Dimitrescu, who hoists Ethan up in chains, and, with no more than a hypnotic glance, has him offering himself to her, surrendering the quaffable contents of his veins. (She has done exactly the same thing to half the internet, so I went in fully prepared.)

The action, picking up where the last game left off, is in first person. In theory, it is a survival horror—the genre that Resident Evil helped to carve out—though little of its horrors have survived. Nor, it must be said, is there a need to ration one’s ammunition and medical items, at least on the default difficulty setting, which means that survival is, more often than not, simply a matter of blasting your way out. This is a sad state of affairs, given that Resident Evil 7—hardly as stingy as the series’ early entries—still provided enough cramped panic to make you sweat bullets. This isn’t to say that Capcom has served up a straight shooter. We still get swaying crosshairs, accompanied by Ethan’s flustered breath, but he has a block-and-parry move that makes his forearms near-impervious (that “military training,” no doubt) and shoves his enemies backwards, so you rarely feel vulnerable. 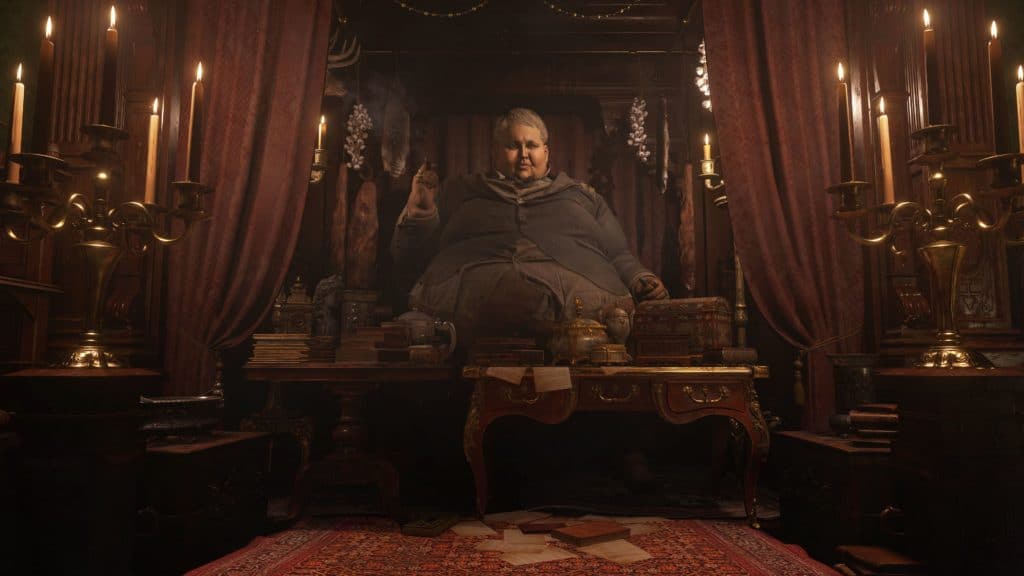 Among its many homages to Resident Evil 4 is the figure of the merchant, the Duke, a grotesque boulder of flesh, with a flopping gut, who spills out the back of his caravan. He shows up periodically to sell you goods. There is a tactile pleasure in the way you plug each weapon into the grid of your attaché case, like a fully loaded game of Tetris, to make room for new merchandise. This being a Capcom game, each firearm has been crafted with care and glossed with fetishistic detail—the glint of a polished slide, the close-ups of knurled grips and safety catches. I can think of no other developer whose guns bear such vivid weight; you could swear you had felt them in your hands.

There are, of course, some villains against whom conventional firepower, at least initially, is no good. The bloodsuckers of Castle Dimitrescu, for example, taking their cue from Mr. X—the blue-skinned Terminator from Resident Evil 2—pursue you at a brisk stride, and all you can do is run. The problem is that they aren’t scary; vampires have long been vested with sexiness, from the twinkle of Robert Pattinson, in the Twilight films, stretching back to the frilled shirts of Frank Langella’s Dracula, who was frozen in a deathless smoulder. Any dread has long been drained from the genre, and, whilst I wouldn’t mind a fresh transfusion, I don’t know that a Resident Evil game is the place to try it. Confronted with these sanguine ghouls, our hero just sounds confused. His conclusion, after their initial encounter? “Bunch of crazy witches…” Hmm. Try again, Ethan. 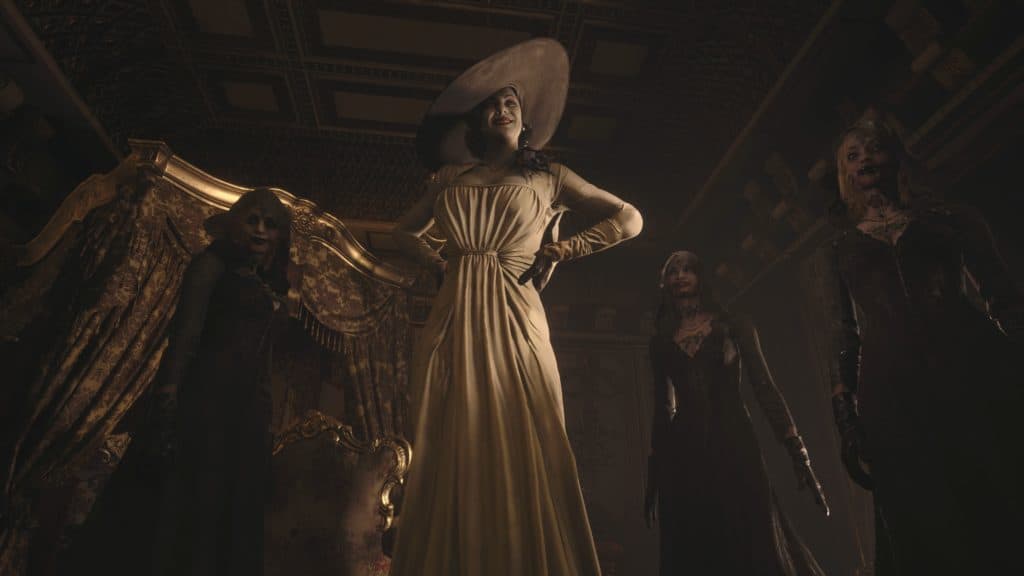 Mind you, not that you can blame him for the mixup. There is a bizarre fusion of folklore here, as though the director, Morimasa Sato—who wrote the previous game, whipping up a sweltering new strain of chills—thought that piling monster upon monster would result in mounting horror. If you have seen the trailers, or played the numerous demos, you will be aware of Heisenberg, the grinning creep who controls metal with his mind. We also get Mother Miranda, a six-winged pagan priestess, and what appears to be an animate doll: a giggling hunk of possessed porcelain of which I will say little. Throw in vampires and werewolves, and you would be forgiven for thinking that the plot was concocted entirely in thrall to the art direction, led by Tomonori Takano, who seems moonstruck by the subject matter.

To be fair, you can see why this might be the case. You are unlikely to glimpse a more sumptuous, if uneven, visual banquet than Resident Evil Village this year. Check out the main hall of the castle, with its vast compass dial painted over pale marble, lit with a fireside glow. Or how about the forest outside the village, its leafless trees draped with a duvet of dirty fog. Even its poor lycanthropes are a thrill, available upright, in the jaw-jutting Lon Chaney Jr. variety, and, later on, in a more ragged style—think John Landis by way of Bloodborne: dark twists of graphite, angrily scratched into a prowl. There are moments, too, where substance follows style, and a few set pieces stick in the mind like splinters. I won’t soon forget clattering over the roof tiles of chez Dimitrescu, rifle in hand, while being hunted by a flock of giant bats, their cries ringing on the cold air. But these fragments need binding in a cohesive fiction of their own, and the game’s most telling debt to Resident Evil 4 lies is the version of that adventure we didn’t get. 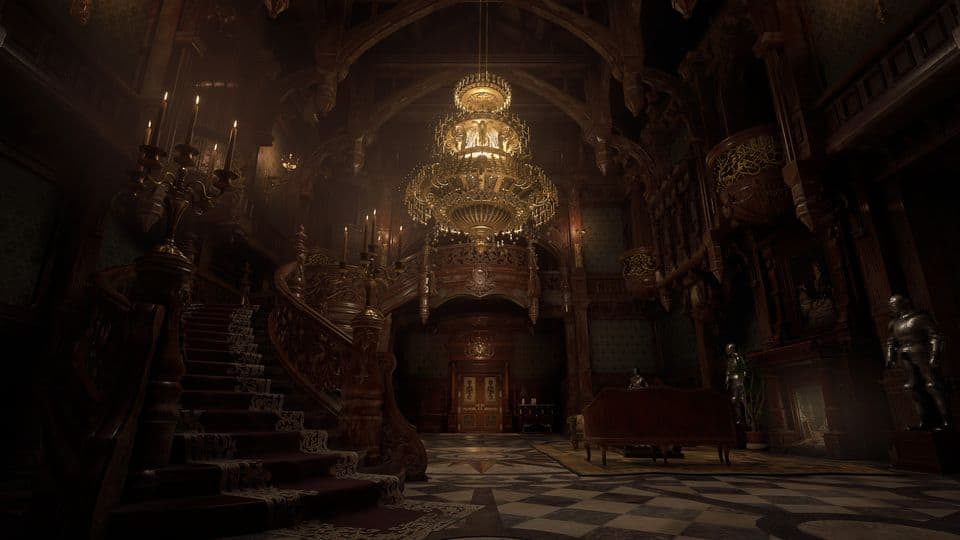 I am thinking not only of the “Hook Man” trailer, from 2003—in which Leon Kennedy was set upon by spectral hallucinations and, yes, dolls!—but of the game’s earliest incarnation, when Hideki Kamiya was at the helm. Kamiya kept a diary, in which he fleshed out his gothic and stylised take on the series. His driving theme was, as he himself put it, “coolness,” and the main character was described as “The Immortal Man with Abilities Beyond Human Knowledge.” Fortunately, Shinji Mikami, spotting both the problem and the potential, convinced the high-ups at Capcom to spin this off into a new franchise. It wound up becoming Devil May Cry. I wonder, when it comes to Resident Evil Village, if it wouldn’t have been better off as a new IP. The answer, in financial terms at least, is “No.” Still, reaching the credits, I sat back, exhausted and disappointed at where the series had ended up. In Kamiya’s final journal entry, he reflected on the change brought about by Mikami—whose services we really could have used here—saying, “I easily went into the world of devils…” Indeed, I wonder if we can so easily make our way back.

Reaching the credits, I sat back, exhausted and disappointed at where the series had ended up.
5 Art direction Set piece moments Monster mash Rarely scary Ethan