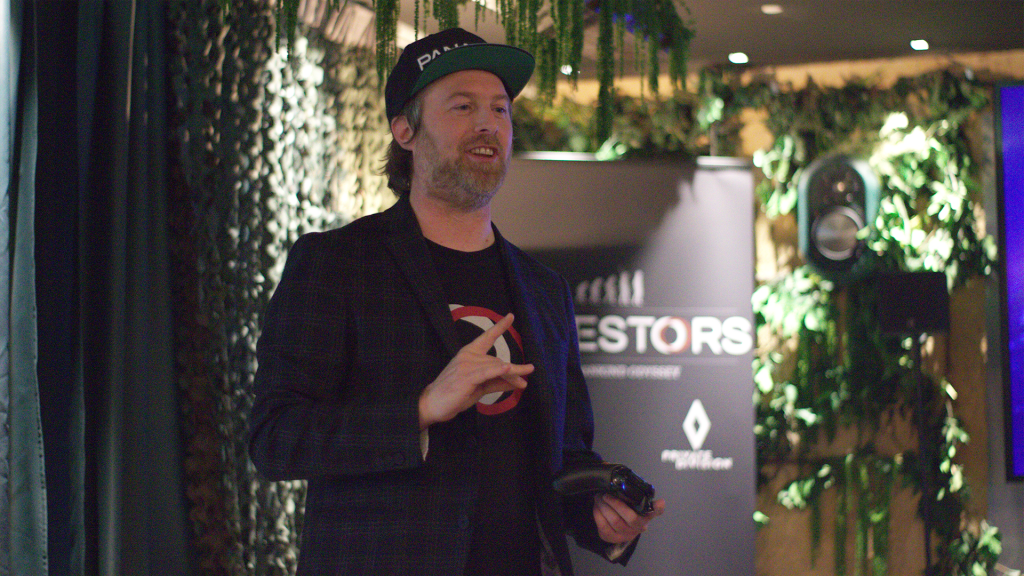 10 years ago Patrice Désilets was one of the most prominent names in the games industry. He enjoyed decent success with Prince of Persia: The Sands of Time, and became a gaming household name as the creator of Assassin’s Creed. Désilets had an interesting 10 year period post-Assassin’s Creed: Brotherhood, to say the least.

Désilets left Ubisoft in 2010 to pursue his own ambitions, but unfortunately got caught up in THQ’s demise, which saw him return to Ubisoft when they acquired THQ Montreal in January 2013.

Over the next 3 years Désilets went through a lot: he was let go by Ubisoft after his return in May 2013 and was walked off the premise, he fought Ubisoft for his THQ property 1666 Amsterdam – and won – and then set up his own company in December 2014, Panache Games, with former Assassin’s Creed and THQ Montreal producer Jean-François Boivin. It’s been a hectic decade, but now Désilets is back, and he seems hungrier than ever.

I caught up with Désilets in Paris this week, whilst checking out Panache’s debut title, Ancestors: The Humankind Odyssey, and the co-founder/Creative Director was particularly candid.

'It’s been four years, now, that we've been working on Ancestors: The Humankind Odyssey,' he told me. 'It's 35 people back in Montreal doing triple-l. That's [what] I call it, instead of triple-A. It's not the little two guys thing in a garage. It's dedicated senior people in a bigger studio. We're lucky enough to have a publisher, Private Division, that actually give us the means for our ambition. You played it today! It's not that little game. It's got some scope to it.' 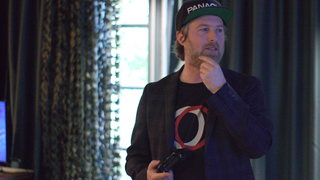 Désilets noted that working for an indie studio is actually something he’s really used to, as it harkens back to when he started in the industry.

'It's funny, because at first in my career, when I started in '97, triple-A didn't really exist and this notion of really big monster games was not a thing. I made Prince of Persia: The Sands of Time with 40 people, roughly.'

'Basically, Panache is going back to this era of game-making, of 40 plus people or less,' Désilets said. 'I have been [here] before, I guess. The main stress at the beginning is money, it's like "how do we get started?" So, people wanted to meet me – the Assassin's Creed dude – but then "Oh, you don't have Assassin's Creed?" I received at least 45 nos before I received a yes.

Désilets is relishing life as an indie dev, working with a smaller team, referring to it as 'magical.'

'It's easier to communicate,' Désilets said. 'Panache – the offices – it's one cube, basically. Everybody is in the same room, so when we do a team meeting we don't have to go somewhere. We just stand up.'

Désilets is enjoying the more intimate nature of the studio, noting, 'I know everybody's name, I know everybody's girlfriends and boyfriends. I know the kids, I know the dog. I never thought I'd be working in an office. It was not my goal in life to be working 9-to-5 in an office. I studied movie-making, literature, theatre, and I thought that I would be having this more bohemian life and then, suddenly, I was 23 and I was working at Ubisoft and [I said to myself] "It's an office job! Oh my God!''

'Since I was there at the beginning, it was a bit more chaotic, which I liked, and then it got bigger and bigger, and then it's all about processes,' continued Désilets, reflecting on his life at Ubisoft. 'It's about hierarchy. It's about going up the ladder. Politics. And that tired me out after a while.' 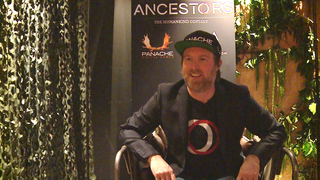 Being a small studio of 35 people allows Panache developers to truly appreciate their work, said Désilets.

'One of my teammates, after the VGA announcement, said, "You know what? I've been making games for the last 15 years and it's the first time that I could say to my girlfriend, 'I've done this! This is my work that you see. It's not another firm who did the demo, the trailer. That's me.'" And he said "Thank you for that. It's the first time."'

When I asked him whether the industry had changed much in the 10 years since he last shipped a game, Désilets was more diplomatic.

'Yes and no. Yes, some trends [have changed]. Those are trends, they're always changing. The game design, we know a little bit more, but it's a craft to design a game, plus I'm not a really good game designer. I'll tell you why… Most of the games people play and that I play, I could never design those games.'

'I design my game. I pick a subject, I try to analyze it, understand it, and then create some mechanics and some behaviors, some ingredients around it, and that's it,' continued Désilets. 'I never made [a game like] Ancestors. I never made a game about an ape in a jungle, going down the trees, standing up and surviving. Never done it before. So, you learn while you go and if there's somebody in the games industry that tells you otherwise that they know, they're lying. It's true. It's a real iterative process.'

Other developers may shy away from cut features from a game, but Désilets embraces the process.

'There was a narrator for a while,' said Désilets, while talking about Ancestors. 'It was episodic, there was a different camera system. All that was like, "No, that doesn't work. Let's do something else."'

Whilst Désilets said it was 'pretty cool,' he also added that it wasn't deep enough, and therefore neither interesting nor fun. Panache was 'following science,' he told me. 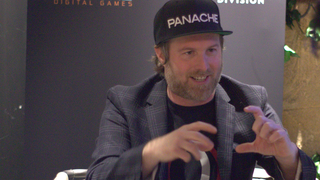 '[The Ancestors player character] started by being on two legs for example, and then I realised it was boring. It's like going to school. It's not fun. So, it's like, "Patrice, stop it!" Then we said "okay, with all the knowledge, let's put everything in the game world and then let the player figure it out at their own pace." Who cares if the player [learns] communication way earlier than what science is telling me and that he doesn't know how to walk on two legs. And let's really let the players and gamers be the co-creator of what's going on on-screen and not [force] them to replay the missions that I designed for them in the particular beats. This time it's your playground, not mine.'

'You’re asking the question, but maybe [that's] because you're forgetting that Assassin's Creed was experimental and risky,' laughed Désilets. He has a point.

'I remember somebody telling me, an American guy, he said, "You made a game in the Italian Renaissance… I don't know how you made someone say yes to that?" It seems so obvious now,' continued Désilets. 'I remember doing some research with people, and asking them, "in America, if we say Renaissance, what do you see?" and they replied with "Errr, Renaissance Fair with dragons?" We know that's not it.' I made a game about an Italian family. I made a game about a Prince that runs on walls with a rewind. So I guess it makes sense that I'm here now, but maybe I'm even going a bit further.'

Désilets then touched upon the origins of Ancestors, a game that started out as a toolbox and grew from there.

'At first, it was just because I wanted a toolbox to make multiple games for Panache,' said Désilets. 'My very first idea was just, like, a character in a 3D world, and it would be in a game without, really, any story at all and not even a setting. And then people who wanted to give me some money, they said, 'Well, yeah, but where's Assassin's Creed?" and then I realised, "oh, I'm the historical dude now."' 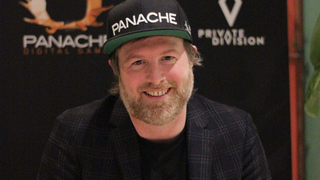 'Even though people love my games, because at the end of the day they control the character, what they see is the character in the costume,' laughed Désilets. 'The costume is irrelevant. So, I need a historical period for that game about the character in a 3D world. And then I had a flash [of inspiration] and I was like, "let's do prehistoric time, because I would not have to build a city, a civilisation, crowds and everything that is difficult when you're doing the real, actual historical period," but it was a bit naive on my part because doing an organic world that you believe works and that is fun to be in is not that easy to make.'

By not delivering a story per se, Ancestors is relying on players to make their own stories, their own experiences, something that Désilets points out, but what is the ultimate goal for players in Ancestors?

'Well, they're trying to achieve the last evolution in the game,' noted Désilets. 'There's more than one species you can unlock, and there is a final one. So that's eventually the goal, like, "Oh I'm ready to become something really else"' and then that will be Volume 2, concluded Désilets, teasing the future of Ancestors.

The true goal of Ancestors, though, is to 'actually live some unique moments,' said Désilets. 'To actually feel like "Oh, what I just experienced, I'm the only one because I was there" and to feel like you're the very first person in human history to play this and to see it. That's the real goal, it's not only about the ending and beating the final boss. Not Ancestors.'

'Every single little story and narrative that you'll create is unique and that's the goal, to cherish those moments and say "Wow, I am being creative while I play Ancestors."' 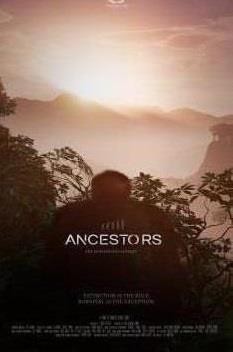