Mortal Shell is a fresh spin on the Dark Souls formula 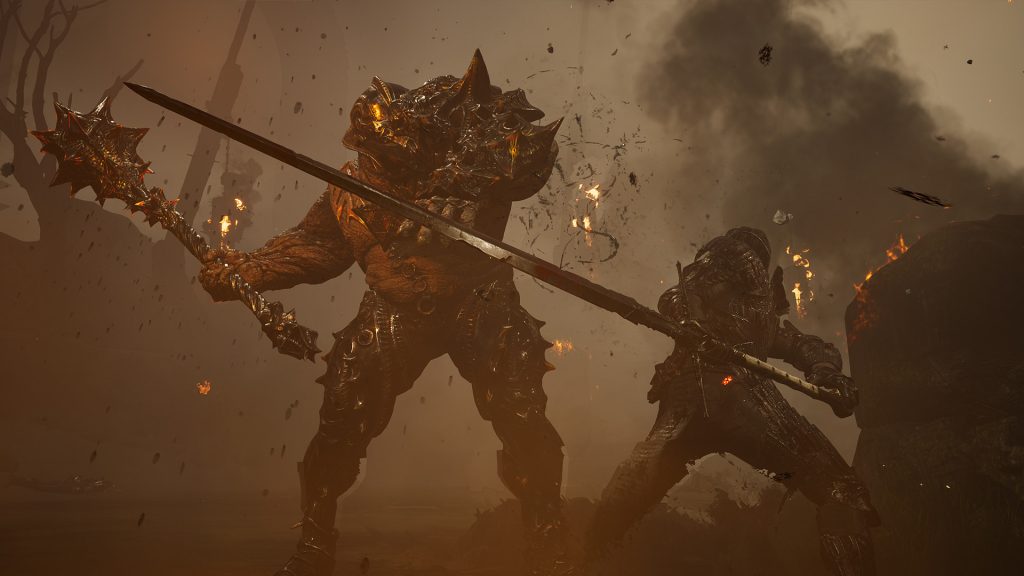 Made by Cold Symmetry, a studio of around 15 developers, Mortal Shell was created for one reason, according to the team: “to bring people back to that familiar pain of a traditional Soulslike—deliberate, measured, and merciless.” They have very much achieved that with their latest outing. Indeed, for Dark Souls connoisseurs, Mortal Shell hews closer to the first in From Software’s series, favouring hulky, punishing precision over the series’ later blistering, Bloodborne-infused speed.

Mortal Shell, as you’ve probably gathered, is an action-RPG in the same vein as Dark Souls. Fight enemies of varying difficulty, collect their Tar (read: Souls), level up, fight crazy bosses, die, lose everything, and have to pick it back up. Rinse and repeat. Or something to that effect. Those are the key tenets, essentially, to what makes a Soulsborne game, and Mortal Shell checks all of those boxes.

Where it differs, though, is in the shell mechanics: whereby you collect and switch shells—an empty body that you possess—to suit either your playstyle or, preferably, the situation. In my recent hands-on, I was able to put two of the game’s four shells through their paces. First, we have Harros, The Vassal, a bit of an all-rounder, with average stamina, durability, and resolve; second, we have Tiel, The Acolyte, who sacrifices durability and resolve for an insane stamina meter. Who you play with and when is entirely up to you.

Resolve, in case you were curious, is Cold Symmetry’s attempt to spice up the genre a little, allowing for weapon-specific abilities that players can use when they’ve dished out enough damage and filled their resolve meter. It can also be used with the game’s parrying system as well, to heal the player character. Like I said, Dark Souls but with some new and interesting mechanics. 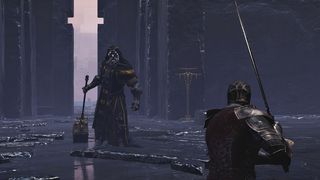 The shells themselves are what makes Mortal Shell such an attractive prospect. Of course, the world is particularly absorbing, and the difficulty makes you keep on coming back, with gritted teeth, but the shells offer players choices in how they approach the game. And not just with the stats but with the abilities that they hold. While Dark Souls allows you to increase damage, stamina, and so forth, Mortal Shell does not—opting instead for a system that offers players perks for their shell. Want to imbue your shell with a 20% chance to avoid physical damage in favour of taking stamina hit? You can do that. The perks depend on the shell, too. For instance, Harros allows you to reduce the cooldown on your blocking ability—a cool turtling mechanic, called Harden, that can be activated anywhere in an animation, whether you’re attacking or defending. Tiel, meanwhile, can unlock an ability that flips the game’s poison mechanic on its head, healing a portion of the damage instead of hurting you. It’s all pretty straightforward, which isn’t always the norm for this intricate genre.

What isn’t clear yet is how accessing the shells in the final game will pan out. Sure, you can use effigies to summon shells that you already own, but in this vertical slice of the
game you could also access them from a catacomb that you were passing through. Whether Cold Symmetry will dot catacombs throughout the world seems unlikely when it comes to the launch version, so it’s intriguing to see how they’ll approach that. 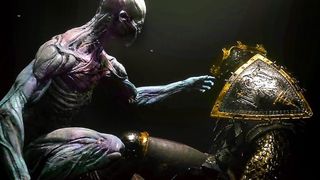 It’s got everything you’d expect from a Dark Souls game, though. You’ll obviously find new weapons lying around, like the hammer and chisel, which offers a little more in terms of crowd control, and, while you don’t have a traditional bonfire, you meet a celestial, masked figure, known as Sester Genessa, which is where you’ll level up your shells. In terms of currency, you have the aforementioned Tar and also Glimpses, which you get from killing trickier enemies, both of which are required to level up your shells. So, in all, pretty much standard fare with some different takes on the established norm.

Quite how the final game measures up remains to be seen, but based on my three or four hours with the game, it’s certainly promising. There’s still a lot of mechanics that were unclear on how they’d work in the final build—like shells, checkpoints, where you spawn and so on—but the basics seem very solid. If you’re after a Dark Souls experience this coming fall, one with a bit of a different angle, then certainly keep your eye on Mortal Shell.

Mortal Shell is scheduled for a release on PC, PlayStation 4 and Xbox One in Q3 2020.