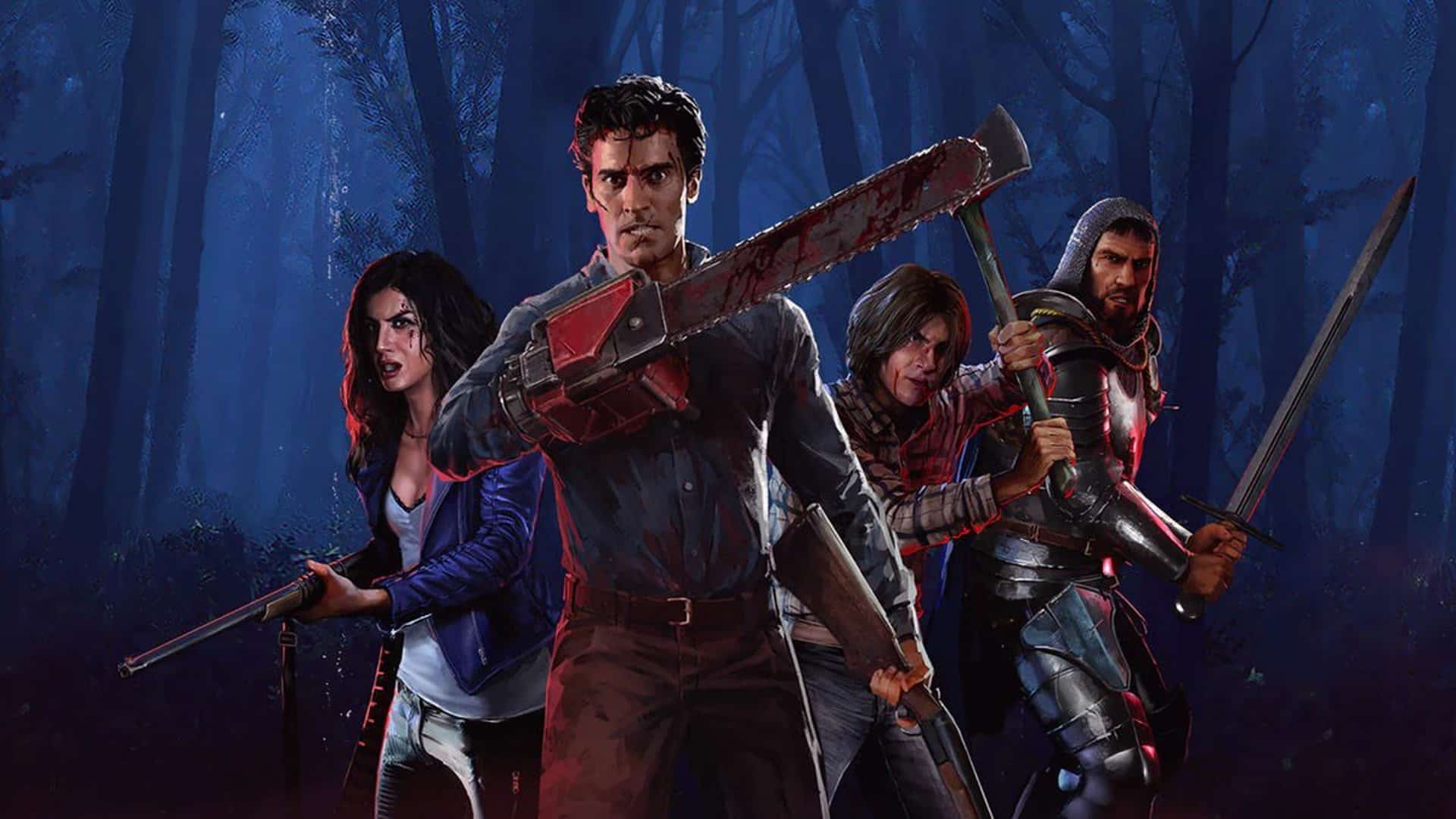 Evil Dead: The Game and the Endless Cool of Ash

Any game that bids us to “Go to Linda’s grave and dig up her head” must not be overlooked. All too often, we get worn down with such workaday directives as “capture the base” or “escort the target to the extraction point.” These things get to be dull. Rarely are we told to dig up someone’s head—and, anyway, why only the head? Come to think of it, who is Linda, and why does she deserve such desecration? The answers, as we learn in Evil Dead: The Game, are that a demon is using her head as a base of operations, and that only by treating her resting place as an extraction point can Ash, as whom we play, hope to escort his former love to some kind of peace. In other words, in serving up a freaky and gruesome premise, the developer, Saber Interactive, almost convinces us that it’s breaking fresh ground.

For those who would lop off their right hand to prove their love of Sam Raimi’s series, the exhumations, I expect, will be enough. Saber Interactive gives us a number of missions—five in total, with a sixth listed as “coming soon”—based on Ash’s manic deeds. The first—entitled “If You Love Someone, Set Them Free… With a Chainsaw”—has us reenacting events from Evil Dead II. The second is based on the TV series Ash vs Evil Dead. The third on Army of Darkness, and so forth. We also get the recordings of one Professor Knowby, whose warnings unspool from collectible tape reels. “The following are steps to be taken in order to dispel the Kandarian Demon,” goes one such briefing. “Deviate from them at your own hazard.” Quite.

Indeed, those at Saber have heeded the professor’s words. The pleasures of Evil Dead: The Game do not lie in deviation; rather, in a string of they-even-remembered-that moments. Hence the quiet thrill of seeing the wooden porch swing, which, in the first film, swayed and knocked against the cabin of its own accord. The deer head mounted above the fireplace, with eyes like headlights. Or Ash healing himself by glugging a can of Shemp’s Cola—a nod to Shemp Howard, of the Three Stooges, whom Raimi revered. The best homage, however, is not in the honouring of in-jokes and nerdy references, but within the woods. Check out the clotting fogs, the lingering piano notes that have slid off-key, and, in one level, the sun, which isn’t so much setting as bleeding out. Short of releasing the game at 480p resolution, in obeisance to the blur of the original movie—which was shot in 16mm. and blown up to 35—there isn’t much more that the developers could have done for the sake of authenticity. 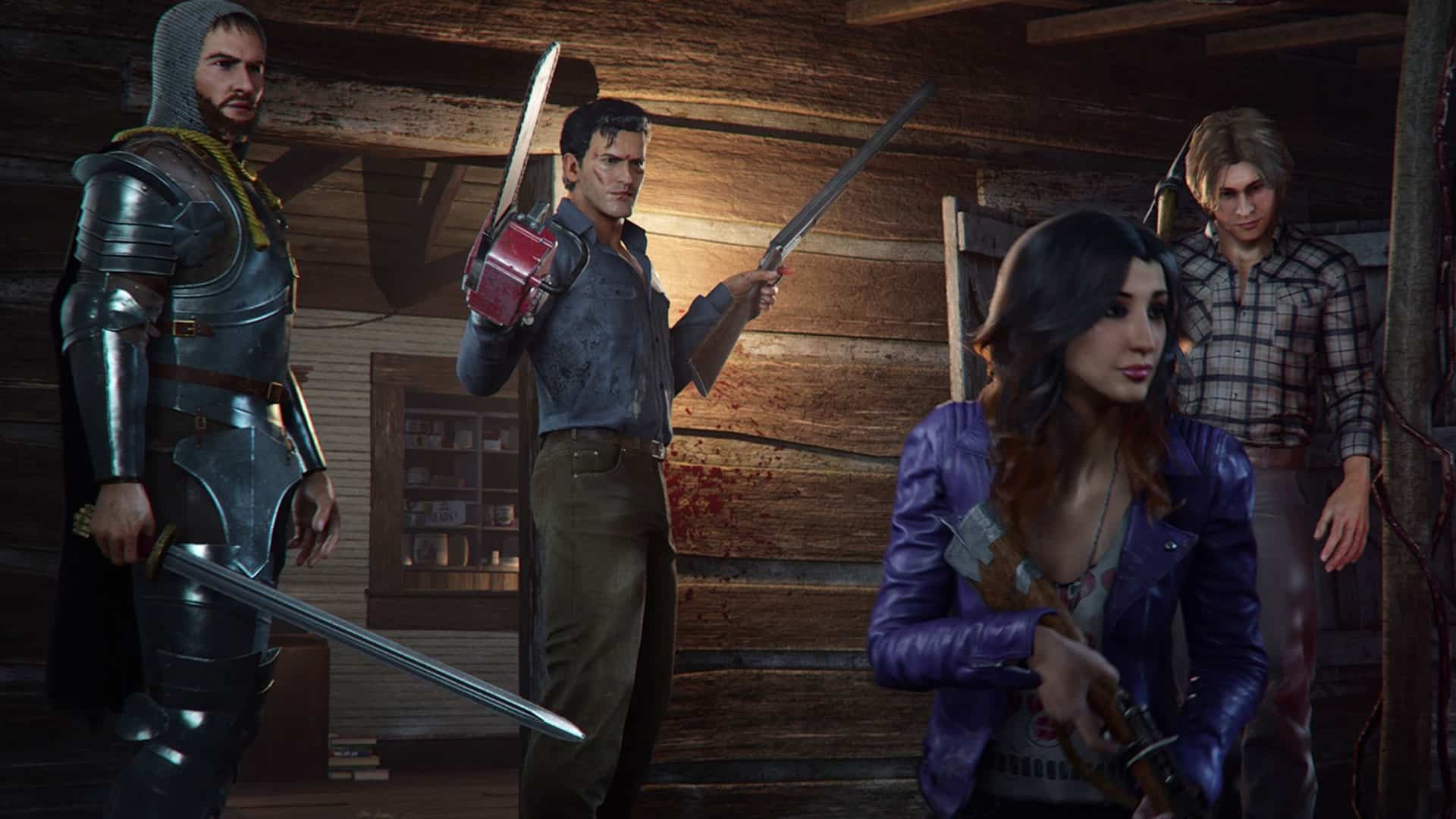 Unfortunately, I have to report that the rest of Evil Dead: The Game is determined to centre on multiplayer—one of those dreary four-versus-one affairs, in which the one assumes the role of the demon. The poor bastard. In a nice touch, this entails flying through the air in first person, mimicking the bulge and birl of Raimi’s shaky cam. In the movies, this technique was inventive and bracing; Raimi unleashed his camera over lakes and launched it through the forest, filling the soundtrack with the groan and crack of tree trunks. Here it’s about as exhilarating as a level editor, which is basically what it is. You set traps for the other players, possess them, summon foes to maul them, etc. It’s the sort of thing that sounds promising, but in the event is exorcised of fun.

The template, I suppose, is Dead by Daylight, from Behaviour Interactive. That game allows one player to become a villain culled from the ranks of Hollywood legend. And the chance to sport a knife-fingered glove, as Freddie Krueger, say, or, better yet, to don the dark-blue jumpsuit of Michael Myers (or, as the credits listed him, “The Shape”), wreathed in white rubber, is a genuine kick. The difference is that those characters are singular in their focus, rather than diffused across a sprawling map, and they are altogether more solid. They are the ones you actually want to be, never mind the survivors. Evil Dead: The Game lacks the calibre of baddie that charged the work of Behaviour Interactive, and the result is, as it were, shapeless. It’s a strange twist when the humans are not just more satisfying to play as than the monsters, but more iconic. Credit must go to Raimi, really, who—taking his cue from John Carpenter, and the quiet composure of his heroine, Laurie Strode—lofted his principal sufferer beyond the merely capable and into the realm of cool.

That, in the end, is what redeems Saber’s effort. Even as the multiplayer modes leave me cold; even as the objectives, in the solo missions and elsewhere, are prosaic; and even as the combat, bathed in corn syrup, begins to grow tired—we still have Ash. The game features truly terrible driving segments, but, then, it also boasts our hero’s cream-yellow Oldsmobile, so who wants to complain? The presence of Bruce Campbell is a buoying one, and there are few actors who seem as chipper amid the forests and the dark bowers—to borrow Professor Knowby’s phrase—than he. For over forty years he has given us Ash, seeing the poor guy out of a demon-harried adolescence, through a whirling portal into the Middle Ages, and thence into the wider wastes of middle age. And he has never mislaid his smirk—the calling card of the perennially good sport. Few men are as richly equipped to take the injustices of life on the chin, and you wish he was surrounded here by a better game—that you could cut him out and whip him through a portal into something more interesting. You love him, and you want to set him free. 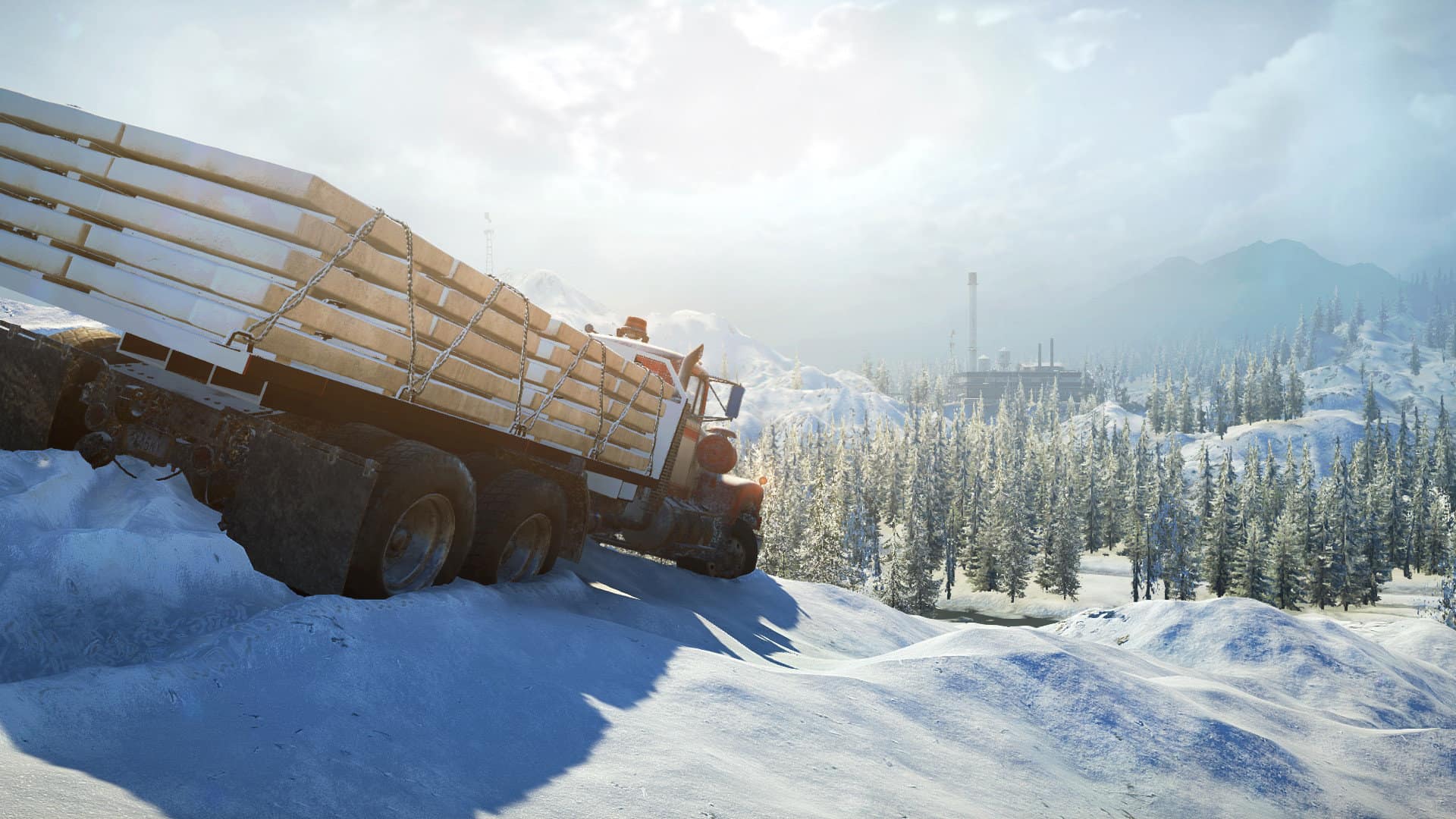 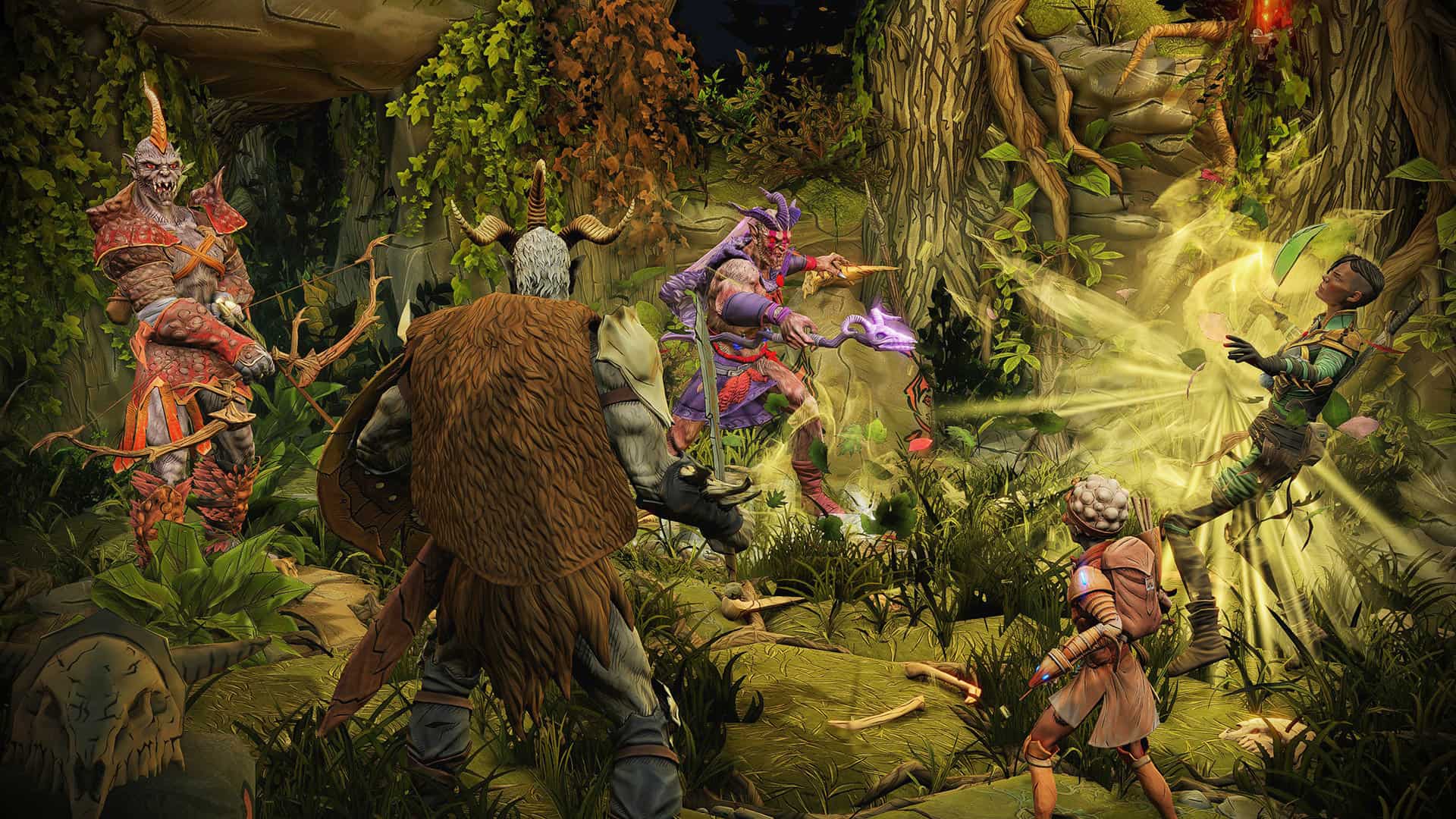 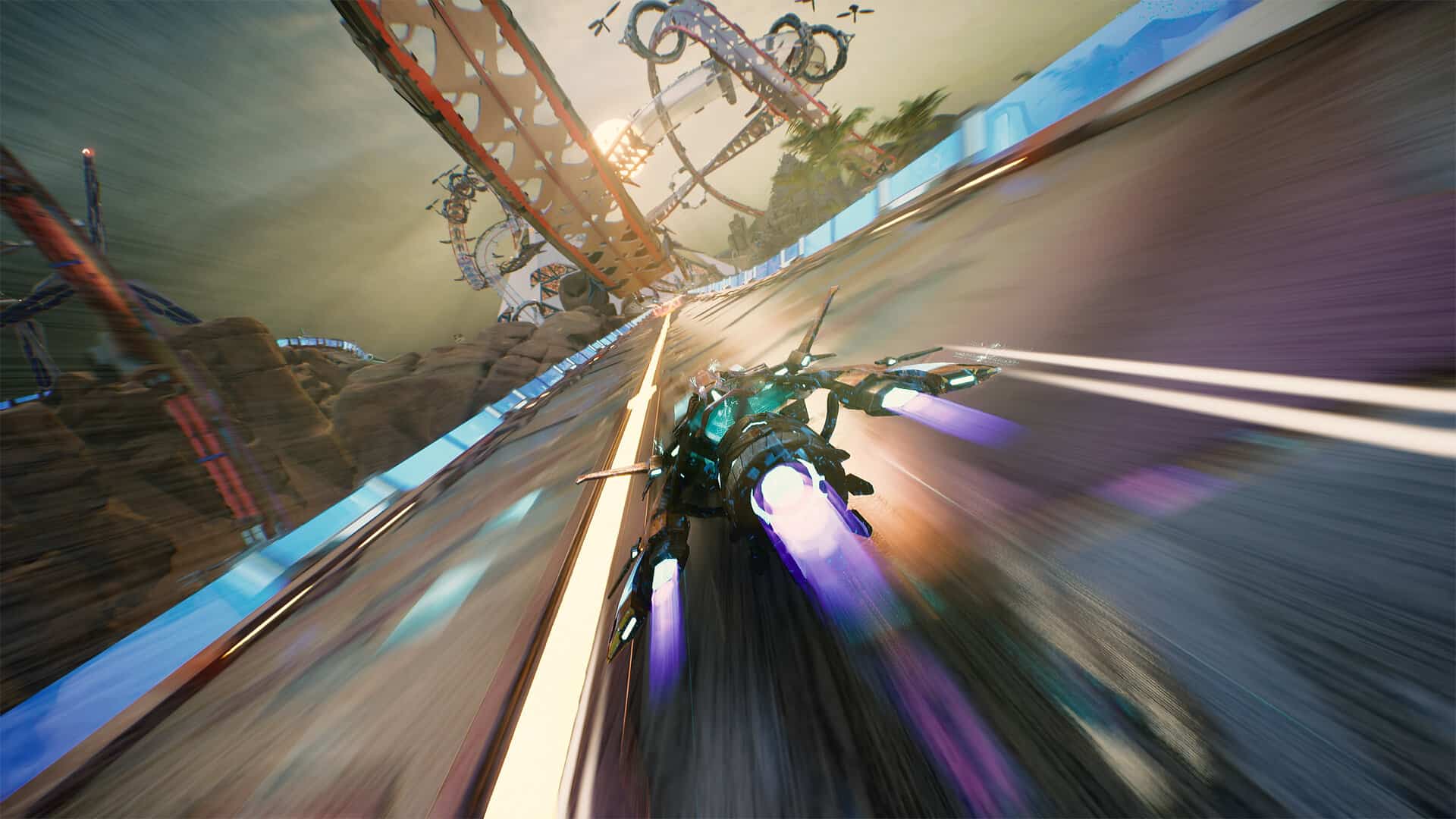