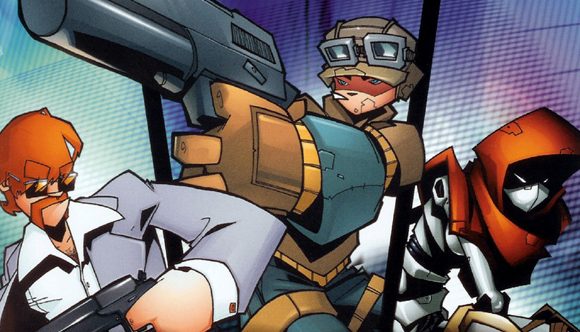 Doom Eternal, Halo Infinite, and TimeSplitters are your top gaming stories this week

The world can rest easy this week, with Phil Mitchell returning to fine form in EastEnders. Fans flocked to Twitter to share their enthusiasm for the show, as ‘Philthy’ Phil came to the rescue of Dennis and Keanu, who were set upon by a chavalanche of gang members. The elder Mitchell brother showed why he’s still ‘ard despite his age, effortlessly dispatching the assailants single-handedly – and he didn’t even need a rest in between.

And it’s that time of the year again, when Channel 5’s barrel-scraping embarrassment Celebrity Big Brother kicks off for another run. Oh dear…

Blimey, who saw this one coming? Okay, so it’s not quite as earth-shattering as the news that Bus Simulator coming to home consoles, but it’s up there for sure. TimeSplitters was absolutely mint; I have fond members of playing it at PS2’s launch back in 2000 with my mate, who was the only one rich enough at school to afford the damn thing. And it was glorious. Still, it’s fair to say that the franchise peaked with TimeSplitters 2, which still somehow manages to show even contemporary shooters a thing or two. After the demise of Free Radical/Crytek UK, TimeSplitters 4 seemed all but a distant memory – until now. Let’s hope to Christ that Koch doesn’t bugger it up.

Doom Eternal is heading to Switch

It’s always great to see more companies jumping on board the Switch train, especially considering the lacklustre support the Wii U had. Bethesda is by far one of the most prolific third-party studios in this respect, with the likes of Doom and The Elder Scrolls V: Skyrim coming to the Big N’s hybrid powerhouse. Doom Eternal is the latest game joining the list, which is bloody brilliant; the game looks absolutely mental after all, and if you haven’t seen the debut gameplay footage, then make sure you fix that asap.

Oh, and let's not forget that Diablo III is yet another title confirmed to be heading to Ninty's latest platform.

Hindsight is a wonderful thing, although in Nintendo and Microsoft’s case, I imagine they are kicking themselves right about now. Sony definitely nailed a wise investment when they decided to take on Sega’s cult gangster series, and while its commercial punch outside of Japan is more in line with Ian Beale than Rocky Balboa, you have to admire the fact its creators have never once compromised their vision. Yakuza is very much its own beast; a wonderfully compelling and at times bizarre series that is full of those wonderful idiosyncrasies you could only hope to find in a Japanese-made product. And thank god for that, because if it wasn’t, we probably wouldn’t have some of the best time sinks money can buy for the past decade.

Ninty has been around the block a few times, so it’s no surprise to hear they’ve flogged a prodigious number of home and handheld formats since the NES taught us the old ‘blow on the cartridge to make it work’ trick back in ‘83. DS reigns supreme, which is probably not all that shocking, although it’s disappointing to see the brilliantly underrated GameCube at the bottom of the pile in terms of home platforms. Wii probably won’t be topped anytime soon, although to be fair the Switch is definitely off to a brilliant start. It’s now just a question of whether the Big N can keep up that momentum for the next few years.

Okay, so this isn’t really news. I mean, Microsoft made it clear that Halo Infinite is a continuation of the narrative established in Halo 5: Guardians, but people just love the idea of calling something Halo 6, right? Right. So yeah, there you go: Halo Infinite is Halo 6, only that’s not its actual name. Honestly though, did anyone really think Infinite would be a side story or spinoff? If you’ve got Master Chief booting aliens up the backside with his size 12s, then you’ve got a mainline Halo game on your hands.

Mazza’s Wii U platforming outing seems like an obvious cash cow for Nintendo, which has been busy pumping out ports of its last-gen games to Switch for the past year or so. To be fair, you can’t really blame them; Wii U, despite not actually being a ‘bad’ console, didn’t set tills alight, and therefore just didn’t have the same reach as the Wii or even GameCube. Hopefully the Big N won’t just cough up a quick port; at least  throw in a couple of extras, eh?

I’ll down a cup of the red stuff to this news. Vampyr would make a ruddy awesome TV show, with its gritty, gothic London backdrop the perfect complement for some back alley, claret-spilling antics. Jonathan Reid has the makings of a solid lead too, and it should be interesting to see how the show progressively highlights his conflicting nature as a newly-sired bloodsucker and local doctor. And let’s face it, we need a decent Vampire show. Buffy and Angel set the standard, but then the Twilight movies came along and gave vamps as bad reputation. Whereas Angelus or Spike wouldn’t think twice about snapping your neck or sucking your blood like it was a carton of Ribena, the Twilight folk were just a bunch of sparkly pretty boys sulking in their rooms on a school night. Fox21, don’t mess this up, cause I’m down like a Clown after a heavy night at Sunnydale’s The Bronze.