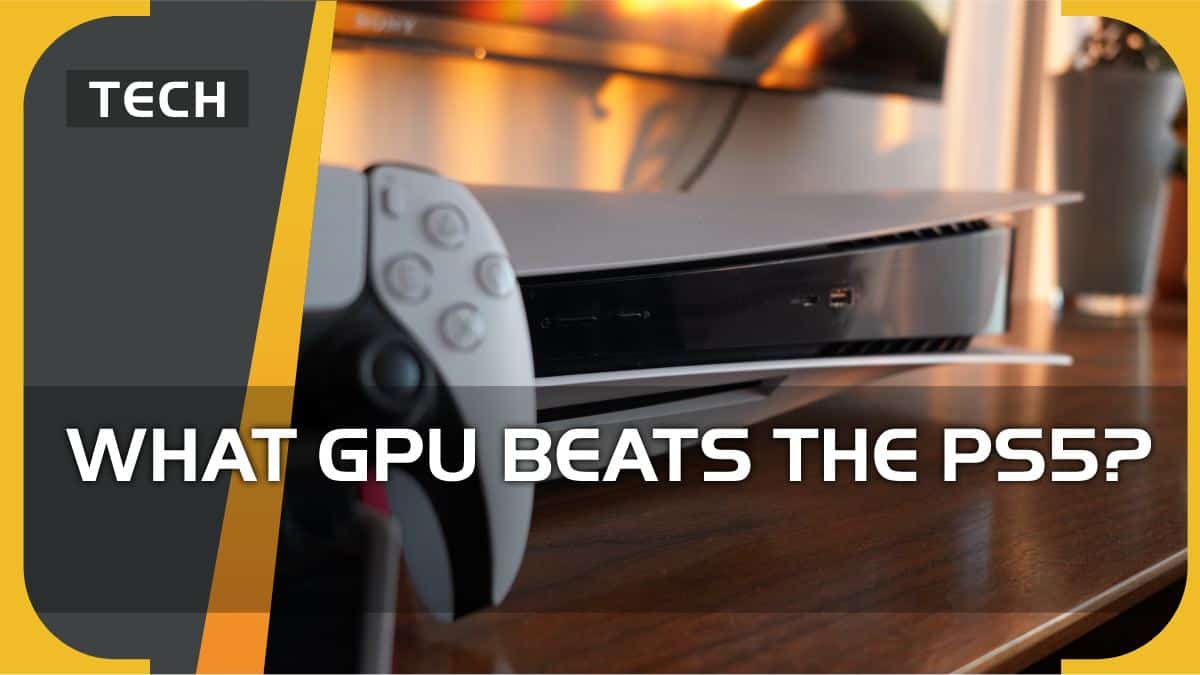 Updated on February 3, 2023 by Amaar Chowdhury

If you’re wondering what GPU beats the PS5 – take a look at what we’ve found here.

We’ve already taken a look at what the GPU equivalent to the PS5 is, so we’re going to be using that to develop which GPU we think is better than the PS5.

The PS5 released in 2020 and has since become an incredibly sought-after console. It’s already blessed with an expansive collection of games including Demon’s Souls and God of War: Ragnarok which run at 4K resolution and 120FPS. So, if we’re going to be looking for a GPU that beats the PS5, we’ll need to be able to top this.

The PS5 has an AMD Oberon GPU, which is the same GPU in the Xbox Series X. This GPU is responsible for the PS5’s incredible performance and it’s thanks to the incredibly well optimised RDNA 2.0 architecture chip inside. It was produced with a 7nm process size – which is a very suggestive indicator of quality – and contains 2304 shader units.

While this number isn’t particularly high compared to mainstream desktop GPUs, you also have to consider that console games are usually optimised for lower quality graphics settings. Essentially, you don’t need as many shader units if you’re not playing games on the most demanding settings.

The AMD Oberon GPU has a 2233 MHz clock speed, while also drawing up to 180W in power. As discussed in our thoughts on which GPU is equivalent to the PS5 – the RTX 3070 is the bare-minimum. If we’re looking for which GPU beats the PS5 we’d need a graphics card consistently capable of 4K at 120FPS. This means we’re going to need to look to the most premium GPUs.

What GPUs are better than the PS5?

It’s also important to note that ‘shader units’ are not a directly comparable specification across different GPU architectures as a Nvidia shader unit is very different to an AMD shader unit.

Read more: What GPU is equivalent to an Xbox Series S

Each of the aforementioned graphics cards are capable of consistently churning out 4K visuals at 120FPS, and so they all beat the PS5.

Ultimately, these GPUs beat the PS5 mostly because they cost almost two times as much as the console itself. In the long run, the PS5 is a much more cost effective form of gaming than PC as you’re not toying around with hardware that can cost over $1000.

If you’re looking to build a PC capable of beating the PS5 in performance, you’re also going to want to the best CPU for your RTX 4080, or the best PSU for RTX 4090. Similarly, you might want to find out which is the best RX 7900 XTX GPU to pick from the bunch. With all of the above in mind – we think it’s possible for you to grab a GPU that beats the PS5.