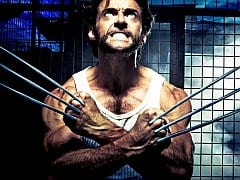 Playing X-Men Origins: Wolverine is a very odd experience. It’s a game based on a 12-rated summer Blockbuster, but it’s more violent than any other game released this year. The violence actually makes a lot of sense when you think about it (although we’re still amazed it’s actually happened), but the game’s high quality is really quite surprising. While Wolverine doesn’t come out on top when compared to the best in the hack ‘n’ slash genre, it most certainly is a big step forward for movie licensed games in general.

We haven’t seen the movie yet, but the game presumably follows its plot to some degree. We won’t spoil too much of what goes on, but there’s a twin storyline at play here, covering Logan’s (played by Hugh Jackman) capture and escape from the Weapon X Facility (where he gets his Adamantium covered bones) and Team X’s mission in Africa (of which Logan is a part of). There’s plenty of spoiler material here if you’re planning on watching the movie, but also far more content, dwarfing the multi-million blockbuster’s meagre running-time.

If we started the game not really knowing what to expect, the opening sequence does a great job of setting the tone. After a helicopter you and the team are travelling in is shot down, Logan is sent into a freefall to the jungle environment below. You’re in complete control here, eventually slamming with great force into an unsuspecting soldier – who understandably is squashed into a Wolverine-sized crater. It’s a brilliant set-piece that gets you in the right frame of mind from the off.

From here on in it’s ultra violent melee combat almost all the way through, with just a little bit of adventure-like puzzling and platforming thrown in from time to time. The puzzles and platforming are extremely light on difficulty, book-ending lengthy bouts of full-body mutilation. Thanks to what the game calls Feral Vision you’re never really going to get stuck either; a simple flick over to that vision mode reveals more or less exactly where you need to go and what objects can be interacted with.

Back to the combat then, as this is what you’re going to buy an 18-rated Wolverine game for. It’s fast, blood-soaked and really gory. We’re used to seeing splashes of red all over the screen in action games, but here Logan will tear off limbs, decapitate soldiers, hold people’s heads in helicopter blades, smash enemies onto spikes and generally rip them to shreds. Initially the combat system feels quite light in terms of depth, but as with any good hack ‘n’ slash you’ll acquire new moves as you progress, opening up devastating combos and finishers.

There’s also a fair amount of defensive play required if you’re going to succeed. Counters are handled as you might expect, with a block timed just as an enemy is about to strike giving you a window to hit them back without reply – later enemies even try to counter Logan’s attacks. The dodge and dash moves also come in extremely handy, getting you out of tight spots and making it relatively easy to evade charging monstrosities.

The star of the show, though, is the lunge move. By tapping the right shoulder button to target an enemy (it’s all automatic although you can switch who you’re locked on to) and then pressing the left shoulder button, Logan leaps through the air, spikes his victim in the chest and then pummels them to death (more often than not) while on the ground. It’s quite easy to spam this move at first, especially on gun-carrying enemies, but it’s so much fun it doesn’t grow tiresome. Later enemies also have a few counter measures to stop relentless use of the same move, so you’re not going to be able to coast through the whole game using just this single devastating leap.

X-Men Origins: Wolverine is a fairly lengthy game, certainly far longer than what you might expect from a movie tie-in, and developer Raven has included a simplistic but rewarding levelling system that runs throughout. When you kill enemies or pick up dog tags (occasionally hidden but more often just in plain sight) you earn XP, which goes towards your overall total and level. Level up and you’ll replenish your health and earn tokens that can be used to upgrade your abilities. Speaking of health, Wolverine can take a lot of punishment (at times you can see his skeleton) but heals fairly quickly (you actually see the wounds close up on his character model), so unless you’re attacked repeatedly while your internal organs are visible it’s very hard to see a Game Over screen.

These tokens can be used to do fairly mundane things like increase your health, but also to increase the power of your four special Rage abilities. These can be performed once you’ve gathered enough red orbs (did you really think there’d be no orb collecting?) from fallen enemies and destroyed objects, allowing you to increase your strength, spin insanely fast, shoot through the air like a corkscrew or perform a strange deadly cartwheel. Mutagens collected over the course of the game can also be applied to three unlockable slots, modifying your character slightly. We opted to increase our health, XP earned and damage when near death, but there are a lot of options to play with.

While the violence is going to turn heads and get the most attention, it’s the surprisingly decent combat system that will keep you playing. The game is relatively easy, perhaps deliberately so given who you’re playing as, but once you’re a third of the way through the campaign you’ll be pulling of some great combos and probably having a really good time. The action often gets extremely samey though, with repetition being the order of the day. Had Raven cut the length of the overly long levels and removed the constant re-use of mid-level sub bosses, we’d have been far more impressed. As it stands, you spend far too long in each location, repeatedly jumping on and killing the same large enemies and frequently longing for the end of the level.

Visually it’s also a bit mixed. At times the locations look breathtaking, Logan’s character model is superb and the damage modelling is incredible – you’ll regularly want to stop and take a look at the holes in Logan’s torso. At other times the frame rate will plunge so low it’s unplayable, Logan appears to be floating on the ground as he walks, enemies will glitch through objects when they’re killed and from time to time even teleport in the air. The cutscenes are superb though, at times coming across as near photo-realistic. Audio work is also pretty top notch, and there’s a sense that the game received far more care and attention than your average movie licensed title – we even stumbled across a World of Warcraft reference hidden in a cave.

X-Men Origins: Wolverine is an extremely competent hack ‘n’ slash that achieves exactly what developer Raven set out to do: deliver a real Wolverine experience. This isn’t the feral X-Man as family-friendly super-hero, but a full-on blood thirsty killer. The combat is fast and fun, the presentation often hugely impressive and Wolverine’s shreddable body almost worth the asking price alone. Sadly a lot of repetition brings the whole package down, and there are a few too many little glitches, but if you’ve always wanted to play as Wolverine without the muzzle, this is what you’ve been waiting for.

If you've always wanted to play as Wolverine without the muzzle, X-Men Origins: Wolverine is what you've been waiting for.
7 Combat is fast and fun Extreme violence Stay too long in each location Too much boss repetition