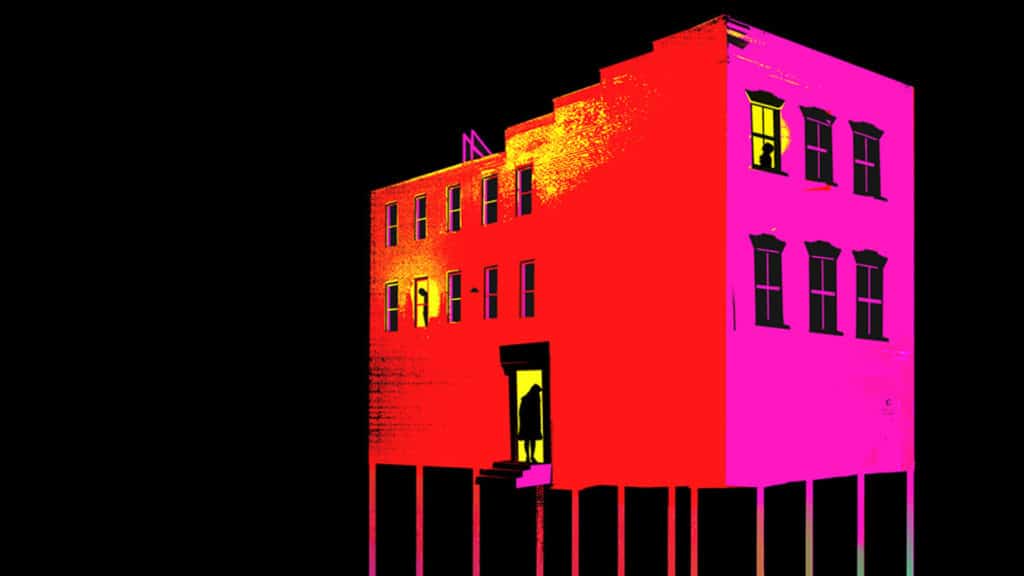 The horrors within the virtual space of first-person psychological thriller Transference are very real; the Hayes family are trapped in this hellscape of zeroes and ones. The audible pain and suffering rings out around this modest Boston flat that’s home to father Raymond, mother Katherine, and son Benjamin. Each is living a torturous existence, trapped in their own version of the familial abode that’s come from the warped mind of patriarch Ray. And, for give or take two hours, so are you.

Scientist Raymond’s goal, you find out from the off, is to transfer the human cognitive system into a simulated environment. Using the Hayes clan as guinea pigs, Raymond ‘relocates’ his family into this world of computer code, which you learn about by digging around their apartment, uncovering how much of a monster this husband and father is. While the fear of shadowy figures and flashing lights is common, the themes of domestic violence and child abuse are just as apparent. You don’t meet any of the three primaries in the present; instead, you identify this appalling past via old videos of Raymond being aggressive with his son and recordings of once-talented musician Katherine pining for something better. It’s not subtle and it is overacted at times, but due to its on-point pacing, it’s a harrowing tale that grabs hold for its runtime.

If you’re not that inquisitive and don’t opt to pick up every item in front of you, maniacally rotating it back and forth to see if you’ve missed something, then it won’t take you as long, perhaps. However, those little trinkets dotted around the house are the window into their torment, adding wrinkles that would otherwise go undiscovered. Alternatively, you can just focus on the adventure-style puzzles, which sadly diminish as the story progresses. Using light switches, you can transport yourself between different recreations of the flat, bringing items of interest from one virtual reality to the next in order to make narrative headway. Some are engaging, like one that involves looking at a sequence of numbers from a different perspective, but the challenge can be barreled through in some later sequences. It’s a shame because it shows real promise in this avenue, only to throw it by the wayside. 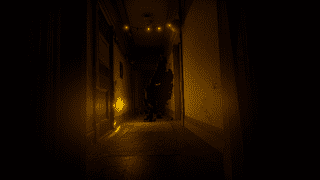 There’s plenty of fake peril: a big, glitchy mess of a monster pops up on occasion, but it’s either scripted or used as a means to tell you that you’re going the wrong way. Transference is by no means a passive experience, but it is one crafted by both a developer, in Ubisoft Montreal, and a film production company, in Elijah Wood’s SpectreVision. Ensuring those playing see this story of heartbreak and terror to its conclusion is clearly put above anything else. You’ll rarely get stuck for too long. And while that adds to how well-paced it is, I was left wanting a bit more when it came to my interaction with the puzzles presented. I was well sated for scares when walking around every corner, or opening every cupboard.

Transference is goosebump-inducing. Granted, every glimpse of a silhouette makes you stop dead in your tracks, and live-action messages from the Hayes family never clash with the environment, but the use of sound is where Tranference’s effect is truly felt. A whisper in your ear makes your skin crawl; a harsh screech will force a jump; and a violent hammering on the door prompts a nervousness that shakes you to your core. It’s delightfully horrible – play this one with headphones. You can play this, as I mostly did, without VR goggles, but, if you so wish, you can immerse yourself further into the world of the mad scientist by strapping on a PSVR, Oculus, or Vive headset. Obviously, this ratchets up the scares. And that’s even after you realise that there isn’t much in the way of actual danger.

Transference is very much a video game made with some people in the movie business on staff: it’s flashy, it’s dramatic, and it doesn’t outstay its welcome. The story of one man, his magnum opus, and the destruction of the family unit compels from start to finish, and is positively frightening in the process. It is also, however, lacking a little bit of sophistication in its delivery – despite some decent acting performances overall – and some more brain busters post the first act. Still, it’ll be intriguing to see if Wood’s SpectreVision continues working in this medium, as well as film, and transfer what its learned here onto project two.

The challenge of Transference's puzzles tapers off, and there's little subtlety when it comes to certain themes, but great use of some grim audio make this a decent little horror game.
6 Wonderfully creepy audio Super unsettling at points Paced very well Heavy handed in treatment of some themes Challenge of puzzles lessen as it goes on 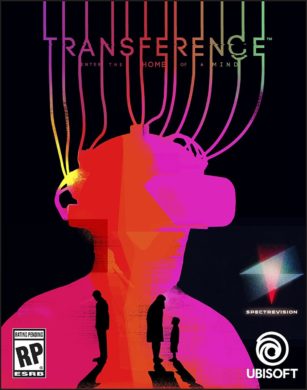