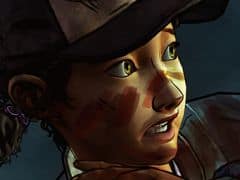 Updated on June 5, 2021 by Christopher Bratt

It’s unsettling to look back at the choices I’ve made throughout my time in The Walking Dead. Over the course of the two seasons thus far (plus 400 Days), there has been a dawning realisation that I’ve played God a few too many times: so much so that evaluating what each survivor brings to the group is now just part of the experience. I remember in the very first episode of Season One, when asked to save one of two characters, I immediately opted to save the lady with the handgun. We didn’t have many guns at the time. That’s the sinister beauty of the game: it makes hollow pragmatists of us all.

The real dark moments of this series, however, come when you find yourself doing something you can’t quite defend later down the line. I came close to this in a bell tower during Season One, but ‘In Harm’s Way’ finally saw me step over that moral event horizon. I’m both impressed and a little worried that it did.

If you’re familiar with either the comics or the TV show, there’s plenty of comparisons to be made between ‘The Governor’ and Carver in this third episode. His encampment is a prison to those out of favour with its overlord, and he becomes very easy to hate. Forced labour, beatings and torture will leave you ready to do anything you can in order to escape and punish the people you see responsible. Just as Telltale planned.

That choice I was offered in a bell tower during Season One? I remember it was Clementine speaking out that eventually changed my mind. Well now here we are, with Clem as the protagonist. Yet when offered a similarly awful choice, I didn’t even think about turning away. The Walking Dead has changed the both of us, and I think that’s arguably the entire point of this second season. Another fine, fine episode that I wish more people were talking about.

Offers a proper bad guy for you to hate, but also asks how far you’ll go to escape.
9 Pushes you just far enough to justify some horrendous choices. Clementine continues to prove herself.