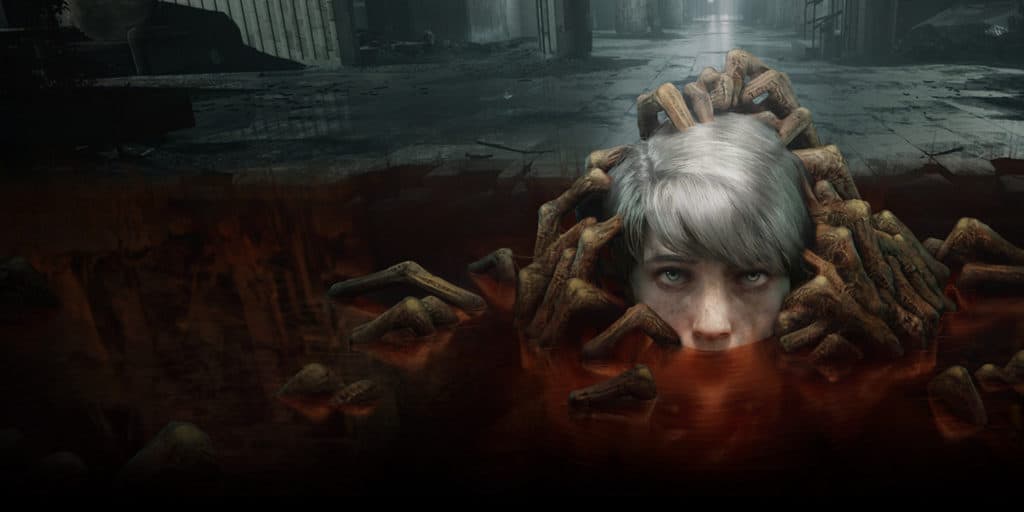 The Medium is all about a medium: a woman, named Marianne, who is able to commune with the dead. It would be amusing to report that she milks her gifts for all they are worth—draping beads over her doorways and grifting the grief-stricken with a monstrous hourly rate. But no. She helps people to pass on, like a supernatural plumber, clearing the purgatorial pipes of any ghostly clogs; and she has the solemn, down-at-the-mouth look of someone whose powers constitute a calling. Quite literally, in fact. One day, the phone rings, and the man on the other end of the line pleads with her to visit the Niwa Resort, an abandoned hotel in the Polish countryside, supposedly the sight of a massacre. Whereas you or I might reasonably brush this fellow off, assuming that he’s pushing one of those awful package deals, Marianne can’t resist. For her, I suppose, how abandoned can the sight of a massacre be?

The developer is Bloober Team, who made Blair Witch and Layers of Fear, and whose style is one of distinguished gloom. You emerged from Observer, the studio’s cyberpunk horror, with Rutger Hauer, as if you had inhaled lungfuls of soot, and the art direction in the new game, lead by Damian Żukowski, is similarly dour and drained. We start in Marianne’s apartment, in Krakow, surrounded by the sharp greys of rain and concrete; when she leaves for Niwa, on her motorcycle, we rumble along rural roads, over dead leaves. So much for the land of the living. The spectral plain—onto which she shifts, at certain points—is a morbid reflection, all stone and bone, lit with a smouldering glow, but it seems, perversely, warmer (as indeed it would be, when you’re halfway to Hell). 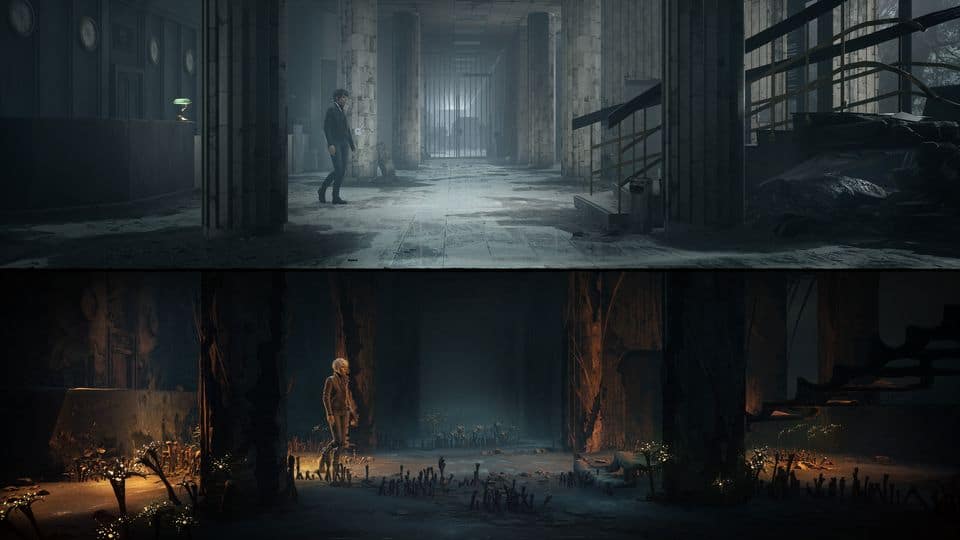 Much is made of this clash. The screen is sliced in half, and we control Marianne in both places at once. In the spirit world, her hair turns as white as an aspirin, and, if you trigger an out-of-body experience—controlling only her pale counterpart, for a limited time—she starts to effervesce, as if dropped into a glass of water. The image might froth into irony, if the puzzles were apt to cause a headache. As it happens, they are of the fetch-and-plod variety. You track back and forth on the hunt for bolt cutters, valves, and fuses—a nod to our nostalgia for the early Resident Evil games, which cast their heroes as not just cops but emergency electricians and sanitation workers. The camera here, too, is a throwback: it cuts between fixed angles, hanging behind in long hallways and looming round corners. I only wish that Bloober had gone all the way and given us tank controls; as it is, we keep re-jigging the stick as the perspective changes, as though Marianne were being prodded by a poltergeist.

There is no combat. Instead, we are periodically hounded by a foe who resembles a cross between a fallen angel and a fossil—with an appendage shaped like a battleaxe blooming from its head. When this thing shows up, we get (a) scripted chase sequences, with Marianne getting snagged on bits of scenery, (b) passages of clunky stealth, in which she crouches behind cover and holds her breath, and (c) a concentrated dose of frustration, as we fail and reattempt the same section more than once. All of which leaves you with the distinct impression that, while the atmosphere is sufficiently pungent with the aroma of death and foul deeds, what The Medium is sorely missing is fear. 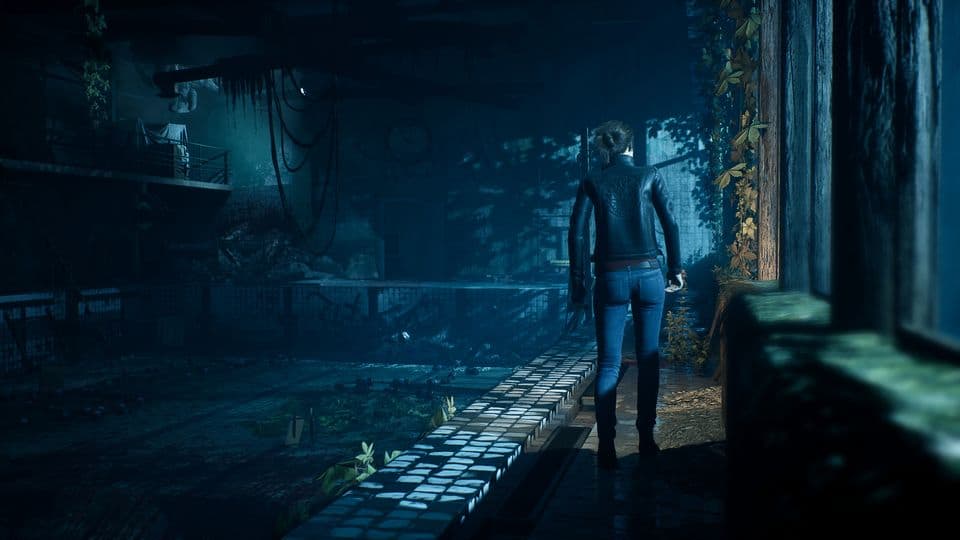 The story is set in 1999. This means that Marianne, if she were so inclined, could go out and purchase a copy of Silent Hill. If she did, she would learn a number of useful lessons. For one thing, she would find in that game’s protagonist, Harry Mason, what she might consider a disturbing lack of monologue. But Harry had the right idea. When, in the spirit world, Marianne finds a glistening curtain of flesh stretched across a corridor, she is compelled to say something like, “Oh my God, is that skin?” and the effect is halved. Elsewhere, the game is haunted with homage to Keiichiro Toyama’s creation. Akira Yamaoka has composed half the score—the otherworldly half, naturally, with Arkadiusz Reikowski handling the corporeal side. And we even hear of a homicidal nurse. However, The Medium lacks the economy of Konami’s series, whose images festered, without explanation, in the fog. The Otherworld there was forged from chain-link fences, a scratchy labyrinth of blood and barbed wire, and I haven’t been able to shake its vision of industrial damnation ever since.

No such long-term lingering is on the cards, when it comes to the Niwa Resort. The writers, Grzegorz Like, Andrzej Mądrzak, and Marcin Welnicki, have piled on the plot. Not only is Marianne’s past dug up, but the narrative flashes back even further to another paranormal sleuth, called Thomas, who breaks into people’s minds like a burglar. What’s more, the entire thing is tangled up—quite how I haven’t worked out—with the atrocities of World War II, which hang around like a distant patch of damp. The narrative feels glum and murky, wrapped in layers of drear, and by the time it came to a conclusion—a fraught confrontation on a jetty, in which an ultimatum ends with the crack of a gunshot—I was no closer to figuring any of it out. It’s a shame, because Bloober Team has summoned a rich atmosphere, under all that writing, and one or two sequences offer glimpses of a purer game. A garden path in someone’s memory, winding under a sky of yellow-green gauze. Or a childhood home, stained by trauma, with black bile running down the wallpaper. If only these sights were left, like restless spirits, to speak for themselves. Better yet, they would say nothing at all.

Bloober Team has summoned a rich atmosphere, under all that writing, and one or two sequences offer glimpses of a purer game.
5 Atmosphere Art style Crowded narrative Not scary