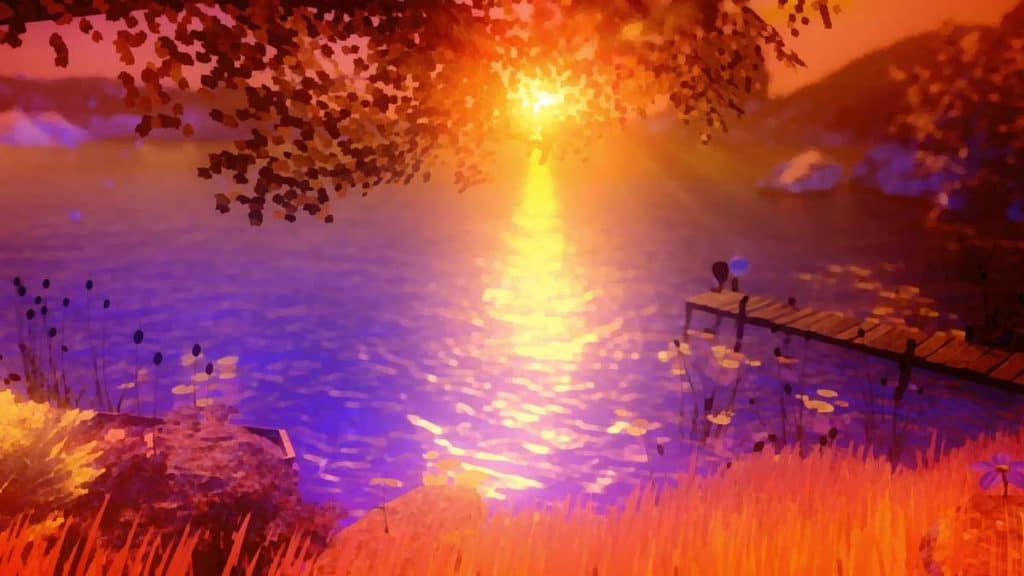 The Last Day of June review

You can blast through it in one sitting if you have an afternoon. In it you play a man called Carl, who has incredibly large, incredibly round spectacles, and a nice little house in a nice little village with few other occupants: a young boy; an old man; a moustachioed hunter (and his dog); a woman who’s moving out. And then there’s June, Carl’s wife. And if you think the title of the game represents an ill portent for June, you are correct.

Carl and June go down to a jetty where they can picnic and June can sketch the water, which is where you start the game. It starts to rain and, just as they’re about to turn off the road back into their village, they crash. And June dies. Carl wakes up alone, at night, in a dark house, now in a wheelchair after the accident. The table is set for one, and he only has canned food. But through June’s paintings of their neighbours he finds he’s able to go back to that day and control them all in turn, to try and change June’s fate.

That’s the game. It’s a puzzle game about trying to save your partner’s life. So you go back to that afternoon as the little boy and discover that he runs onto the road chasing a ball, which makes Carl swerve, but if he’s flying a kite instead then that doesn’t happen. But on the other hand, the lady moving out needs the string from the kite to secure the boxes on the back of her truck, or else they’ll fall off and that causes Carl to swerve. And so it goes, finding an end to each person’s day that won’t upset the others or cause the crash.

Your movements every day unlock more options for other characters. The little boy, for example, can knock over a flower pot, allowing you to open a door as the hunter; the hunter can open a new route for when you play as the woman, and so on. Over and over, you try different combinations to make the one day that works, exploring the tiny village, making little breakthroughs, and filling in character backstories with vague hints from images and fragments of memories.

Much of The Last Day of June is painted in broad strokes — painted because June is an artist, and even the village itself looks like it was made in oils, all suggestive blurs of colour until you get closer, when it pulls into focus — with small hints at June and Carl’s marriage up to now, enough to let you fill in the rest with your imagination. The sound is the same, too. The characters are voiced, but to the extent that they make noises conveying how they feel. It works surprisingly well, especially with the hunter, whose harrumphs of triumph and despair are actually rather funny.

And so it goes on, again and again, finding an end to each person’s day that won’t upset the others or cause the crash. The game skips some scenes so you don’t have to repeat them every time, but even when you know the day will end in a crash, and you only replayed as the boy to change one thing, you have to watch it happen all over again. It pushes you to disconnect from the emotional impact of the moment; when faced with June’s impending demise I often ended up using the opportunity to check through my emails. The characters can also be slippery customers to control, walking speed being too slow for when you want to get stuff done without admiring the view, and running having a disarmingly tight turning circle. The villagers have permanently bumped elbows.

So it gets frustrating, but then Carl gets frustrated too. And you can probably already tell at least the shape of the ending — the broad strokes, as we’ve said. This does soften the blow. The Last Day of June doesn’t feel especially new, but it’ll still probably make you a bit teary, or at least start blinking a lot because there’s suddenly something in your eye, sitting alone in your living room.

Available on: PS4 (reviewed on), PC

The Last Day of June is an emotional, gentle puzzle, where you must live one sunny afternoon over and over again to try and avert tragedy. It doesn't feel especially new, but it'll still probably make you a bit teary.
7 Interesting puzzles and cool design Can be accurately described as 'lovely' Repeated loops can get frustrating Predictable story beats soften the emotional blow 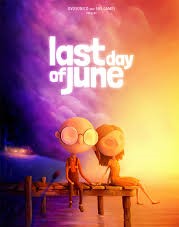