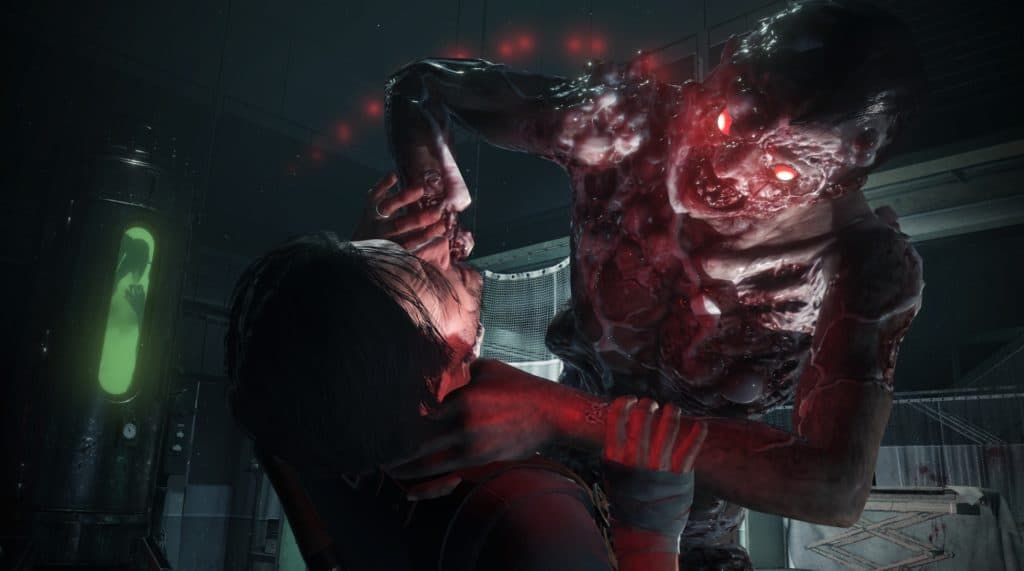 The Evil Within 2 review

Picture this: you’re a detective, apparently a good one, when your daughter dies in a fire and your wife, convinced it was a conspiracy by a secret organisation, leaves you, and you eventually become an alcoholic. Later, you’re called to Beacon Mental Hospital where multiple people have been killed, and end up inside an experimental machine called STEM that allows multiple people to connect with one person’s mind, which, it turns out, isn’t a cakewalk, particularly if that one person is a serial killer. You eventually escape and, years later, have to go back into STEM because it turns out your wife was right and your daughter has been alive the entire time.

Sebastian Castellanos makes his second jaunt into the human mind in The Evil Within 2, a direct sequel to The Evil Within (direct enough that I’d recommend you play the original first). This time you get a McGuffin in the form of Lily Castellanos, kidnapped at the age of 5 and placed into MOBIUS’ new STEM machine as its core. Lily’s mind was used to make a nice, quiet, ‘Anywhere, USA’ town called Union — except, as ever, people started turning into monsters, and several sociopaths snuck their way in (one, hilariously, because his dangerous ego was put down in his psych evaluation as due to his being an artistic type). Between them they kidnap Lily inside what was already a kidnap, creating an overwrought Russian doll of kidnapping for Sebastian to save her from.

The Evil Within 2 is at its best when it’s emulating The Evil Within, a game which I liked. There are lovely, horrible sections where you creep around inside the grandiose mansion that is the mind of a serial murderer and/or photographer, who is obsessed with the beauty in body horror. There are stairwells with hanging bodies wrapped in cloth, and one with a giant pendulum that swings and casts a moving shadow in a way that makes you twitchy. Huge sheets of red silk pool on the floor or are drawn back as you approach, and lights shine at you from odd places, bright enough that you can’t see past them. Later you might run into a freezing wraith, who chases you through your memories of Beacon, her tuneless singing coming from your controller’s speaker. Then there are the maze-like concrete corridors of the Marrow, the secret passages through Union, which hold abandoned laboratories as well as monsters, or the bleakly beautiful hills of white sand that appear as Union is on the verge of breaking up for good. These parts of the game are genuinely very, very good.

Sadly these set pieces are often overshadowed by the open areas of the game. Initially they’re fun: there’s something delicious about seeing an idyllic American town falling apart and overrun by monsters, and Union as a whole is fracturing in a kind of Inception way, so that you can look up and see the Town Hall above you. They conceal some nice creepy surprises in houses and garages you forage in for consumables, too, and it’s here that you can find the more quietly sad stories of Union: people trapped in houses with a monster they can’t see, or believing they were born and raised in this fake town, and have never left. But they wear thin as the game makes you track back and forth to reach objectives, a tactic, one suspects, to drag out the survival part of survival horror, as each journey increases the likelihood you’ll be spotted by one of the Lost residents of Union and have to use up a bullet, an axe, or some meds. Survival itself is at least well balanced, with inventory becoming more scarce at the most critical moments.

This would all be fine if the mechanics worked a bit better, and the stealth ones in particular. The cover button is unhelpfully sticky, and while you can hide in bushes (the game tells you that if you change colour you’re successfully hidden) they’re often large enough that they obscure your entire screen. You can’t see what you’re hiding from, where it is, or which direction it’s facing, kind of defeating much of the point of hiding in the first place. The game is also picky about when it acknowledges damage: an enemy has started an attack animation, and The Evil Within 2 is damned if a mere point blank shotgun blast to the face is going to finish it before due time.

Many of the enemies themselves are extremely creepy, and play into the themes of things you’re aware of battling consciously as well as subconsciously. The Obscura, for example, is a creature with three women’s legs in ballet shoes and an old fashioned camera instead of a face. It laughs inanely as it scuttles around a darkroom like a crab, and it’s horrible. But rather than being the manifestation of someone’s subconscious feelings, it’s the manifestation of someone’s very conscious desire to cut up women and stick them back together in a weird way, the result of which is now running at you making horrible noises. The sound design in The Evil Within 2 works well as part of this, with different villains and monsters having different musical cues or sounds that key you up to be afraid of them.

There are several big monsters marking your progress in the game, some of which then pop up again in the next open world chunk of Union, as the town and STEM become more and more unstable as a result. This is a neat opposite to Sebastian’s mental state, which becomes more stable as he’s able to let go of his fear and guilt over past events.

Unfortunately this doesn’t improve his acuity as a detective. You might suspect, in fact, that the game is taking the piss sometimes, as in the part where an ally tells Sebastian to destroy a machine they’d built, and Sebastian immediately finds some bits of machine and says ‘I wonder what he was building?’, to which another ally responds that maybe it was the machine he was talking about literally five seconds ago, Sebastian…? There’s some astounding dialogue in the game in general, and it sets such a precedent for drama that you might find yourself quoting characters a second or so before they actually deliver a line.

The story also gets a little predictable — at least, some of the reveals aren’t as surprising as perhaps the devs hoped they were — and the ending seems to go on much longer than it needs to, as well as leaving me with far more questions than it answered, and not in the cool Blade Runner-y way. After spending almost 20 hours creeping around Union to make sure I hadn’t missed any of the good, sad, or scary encounters, I at last felt some kinship to Sebastian when he said, ‘I don’t have time for this.’

Available on: PS4 (reviewed on), PC, Xbox One

Some monstrously lovely set pieces are let down by a bit too much padding, some broken mechanics, and an overwrought story.
5 Some lovely set piece areas Good monsters Stealth mechanics particularly shonky Story and voice acting get a bit much 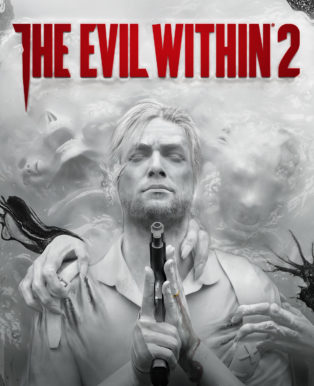