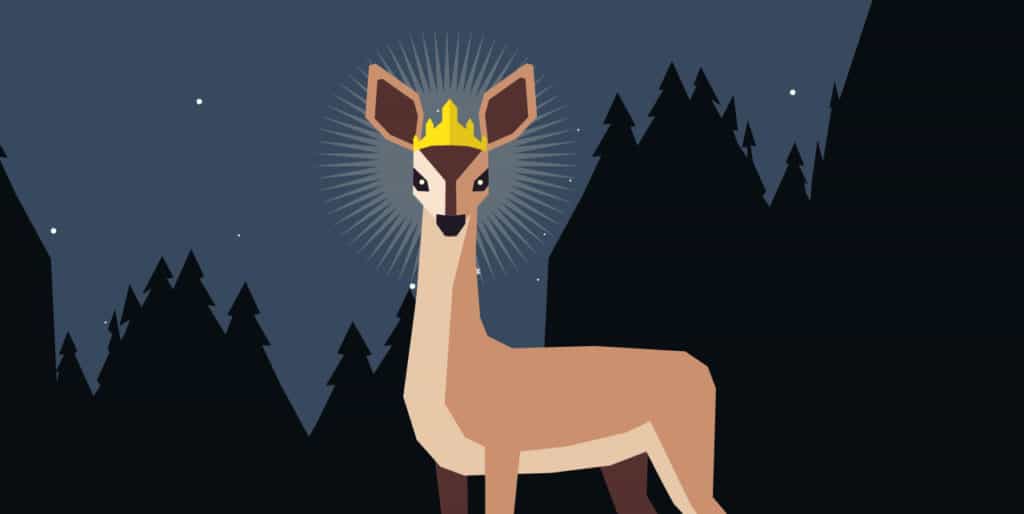 When Reigns: Her Majesty – sequel to the Game of Thrones meets Tinder medieval decision-making game Reigns – was first announced I was pleased because Reigns is a good game, but curious as to how the game would deal with you playing as Queen rather than King. The first game had a medieval setting, so I assumed that for Her Majesty it would either be modernised or you would just be allowed to be queen and nobody would say anything; the first game, except you are a lady. I didn’t consider option c, which is that you’re a medieval monarch who runs the country and deals with the associated baggage of being female at the same time.

In Reigns: Her Majesty you play a queen who has been shipped to your new kingdom from a neighbouring country, married to a king with a name like Whacksbourg to strengthen various political positions. Her Majesty uses the same mechanics as Reigns: you’re presented with decisions from a deck, and swipe the card left or right to decide what to do. Each decision affects the power of the church, the army, the populace, and your money. If any of these becomes too powerful or too weak, you’ll die in a spectacular, horrible, or occasionally commonplace way, so you have to keep everything balanced. In Her Majesty, more and more of the decisions fall to you because it turns out that the King is pretty lazy and bad at kinging, so you decide on who your maid marries as well as how the garrison responds to a lack of respect from the people but, crucially, you are still not the King, so you regularly have to deal with a nun telling you your tits are too far out or the Cardinal saying that not producing an heir is evidence of sin.

Her Majesty’s decisions are more interwoven than they were in Reigns, and Reigns got pretty complicated. I decided to actually try for a baby as the Cardinal suggested, only to discover that the castle didn’t have a doctor and so I immediately died in childbirth; it was only later, through a separate set of actions, that I actually found said doctor. By exploring different options as you reign, you receive more odd people to your court: a warrior from a far off land, an unmarried woman and/or witch, and men in snake masks who complain that you censor anyone whose opinion you disagree with.

As with the original Reigns, the constant cycle of ruling and dying can become wearing, as sometimes you don’t get the cards in an order that allows you to make progress and end up repeating the same few tasks over and over again, but Her Majesty does throw a few more interesting twists your way. You even have an inventory to hold things you find or are given along the way: Royal Perfume, a duelling pistol, and a strange clock. Because, as with Reigns, not everything is as it seems.

Early on your advisers question how involved you’ll be in decision making, noting that it’s unusual behaviour for a queen – at which point your husband interjects to say there’s no harm in obeying your rulings, because you’d have to be some kind of god to have any real power in his kingdom, haha! On cue, after a few queens die, you’re contacted by the All-Mother, who prompts you to grow your power to one day rule alone. Every so often she pops up again in-between your death and your rebirth, making the screen glitch. Meanwhile some of your subjects secretly worship a pagan goddess in the woods, and others sometimes briefly break the fourth wall before moving on as if nothing has happened. As the years go by you start to receive odd things, like bits of technology at a time when they shouldn’t exist, and you have to keep an eye on your current queen’s star sign.

In Reigns: Her Majesty there are a lot of people to romance, duel and rule with many surprising outcomes, and slices of social commentary are delivered with subtlely rather than self-consciousness and a knowing wink. You can still get caught in a repetitive loop sometimes, which is a flaw built into the game, but if you liked the original Reigns you’ll love Her Majesty.

Reigns: Her Majesty manages to defy a lot of your expectations, and will keep adding more surprising cards into its deck as you play.
8 Adds fun new elements to Reigns' mechanics Story becomes deeply layered Keeps surprising you all the way down You can get stuck in a loop sometimes 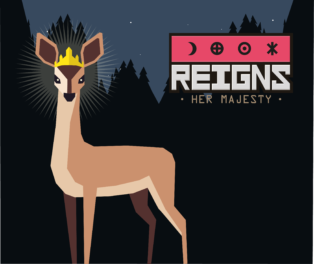