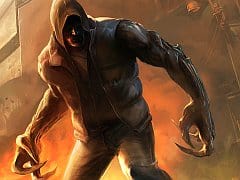 There’s been an open-world overload in recent months. It seems as though everyone is trying to make the next big thing by building a big city to play in, and Prototype from Activision Blizzard is no exception. This action packed free-roamer also features a main character who has superhuman powers and a storyline that’s unravelled as you progress – sounds similar to another recent video game, does it not? In truth Prototype feels very different to Sony’s PS3 exclusive inFamous, and has enough ideas of its own to make it a very solid entry in the genre, even if it doesn’t quite come together as we’d have hoped.

Prototype’s protagonist is Alex Mercer, a man confused about who and what he is. The game begins with Mercer slicing enemies to pieces and smashing up tanks in Manhattan, packing more superpowers than he knows what to do with . This is Mercer as he’s become some 18 days after a virus hit the city, but you didn’t think you’d get to play with all the toys from the start did you? After this brief, spectacular opening you’re taken back to day one and have to earn all your abilities and upgrades again.

It sounds like the usual trick developers play, but in Prototype you’re never left wanting for abilities. As standard Mercer can jump really high, run up walls and use some pretty nice parkour skills to avoid anything that gets in his way, but the abundance of experience points thrown at you for almost everything you do can be spent on a ton of new powers and upgrades. Early on you’ll get the ability to glide after jumping, which is ideal for getting about the city, while new offensive and defensive moves and tools give you more options while in a scrap.

There are far too many to list here, but you’ll eventually be able to choose between fighting enemies off with massive fists, claws or a huge blade, rip them to pieces with a wave of giant spikes, pick up and throw cars at helicopters, and turn into something that looks like the Guyver. This is just a small fraction of what you can unlock, plus you can buy upgrades to your running speed, jump height and air dash moves.

All this would be largely pointless if the game that required all these moves wasn’t actually any good, so thankfully developer Radical has remembered to include some fun open-world gameplay too. The brunt of the action will see you storming through the city, fighting soldiers and large pink mutants – more often than not at the same time. The soldiers pack a punch from the sheer fire-power at their disposal (they call in helicopter strike teams on a whim), while the mutants are just incredibly quick and powerful, sending you flying if you’re not careful. Missions generally vary from killing enemies or destroying objects, to getting from point a to b or taking on a disguise.

Disguises are what makes Prototype feel a little different to its open world superhero cousins. Mercer is able to consume people and take on their likeness at the press of a button. The game utilises this by throwing a number of objectives at you that can’t be completed unless you’ve consumed a certain character in the game world, so for example you might need to consume a helicopter pilot in order to walk into the army base and take a chopper for a spin. As long as you remain somewhat in character and don’t start super jumping in front of a line of marines you’ll stay hidden and be allowed to get on with the task at hand.

Another positive to be gained by consuming is health. Mercer may be pretty extraordinary, but his health depletes very quickly if you get caught in a fire-fight – and there are some pretty large scale battles on offer here. Unless you’re a ninja with the control pad you’re going to die a lot and when you’re not dying you’ll probably be retreating in order to replenish your health. At times the game gets so chaotic, throwing so many enemies at you, that it’s hard to keep track of what’s going on. Death at the hands of a pack of mutants that you can’t escape and a series of attack helicopters pelting you with explosives becomes common and somewhat annoying as you progress through the campaign.

You can of course choose to use the army’s weapons against them, picking up guns and rocket launchers, and also hijacking tanks and choppers. Vehicles make the game feel completely different, but do give you some impressive fire-power if you’re in a tight spot – it’s just a shame that the mutants are able to take down a tank with a few brutish slaps. Helicopters can generally stay away from the pink nasties, so you’re able to shoot from distance, but a few shots from the ground is enough to send your ride on a nosedive to the tarmac.

If there’s a real problem with Prototype it’s that the game only really has a couple of tricks up its sleeve: combat, crazy superhuman parkour and disguises. Initially the combat is a little underwhelming and a touch clumsy, the dodge mechanic isn’t great at all and the enemies you face start to grate far too quickly. The combat still provides plenty of fun moments, but at times it feels like you’re doing the same thing over and over again. The parkour elements to Mercer’s movement are by far the game’s biggest strength. When he’s fully maxed out in the key stat areas he can run at insane speed, leap miles into the air from atop a building and then glide across the city. This never gets old, but sadly gets interrupted too often by an unwelcome rocket to the arse or mutant punch to the face.

And then there’s the disguise mechanic. A bit of stealth mixed in with the combat seemed like a solid idea, and it’s tied into the game’s web of intrigue (the fairly clumsy way the game tells its story, giving out tiny morsels each time you consume a key character), but after the first few consumes the whole thing starts to get a little old. Enemy AI borders on dumb so you can usually get away with some odd behaviour and the actual stealth missions are rarely much fun. It’s a shame as the mechanic has been implemented well.

While Prototype might not look like much in screen shots it really shows what it’s made of once you’re in the heat of a battle. With the mutants, army soldiers and Mercer all going at each other while the streets are packed with civilians and cars, the game can throw up some quite stunning sights. The problem is that these moments are joined by a dreary city with repeating scenery, a general lack of detail, some odd animations and a less than brilliant draw distance. While Radical clearly felt it had to sacrifice some quality in order to get as much on the screen as possible, the result is a fairly uninspired looking game that borders on being dull.

Prototype looked like it was going to be a hell of a lot of fun each and every time we saw it over its extended development, and it is fun, just not all the time. The combat can grate at times, the stealth elements grow tiresome quite quickly, and from time to time the game just doesn’t know when to give you a break – there’s so much going on that it’s hard to see a way past a mission that’s been sending Mercer to an early grave over and over again. There’s plenty to do, with the core story missions and plenty of optional side activities making Prototype a game that you won’t clock in a few sessions, and the upgrades and abilities are plentiful, but it just doesn’t quite come together well enough to create a really great game. Give Prototype a whirl, but there are better open-world action games out there.

Prototype looked like it was going to be a hell of a lot of fun each and every time we saw it over its extended development, and it is fun, just not all the time.
7 Some brilliant abilities Occasionally thrilling set pieces Not much variety The city is dull