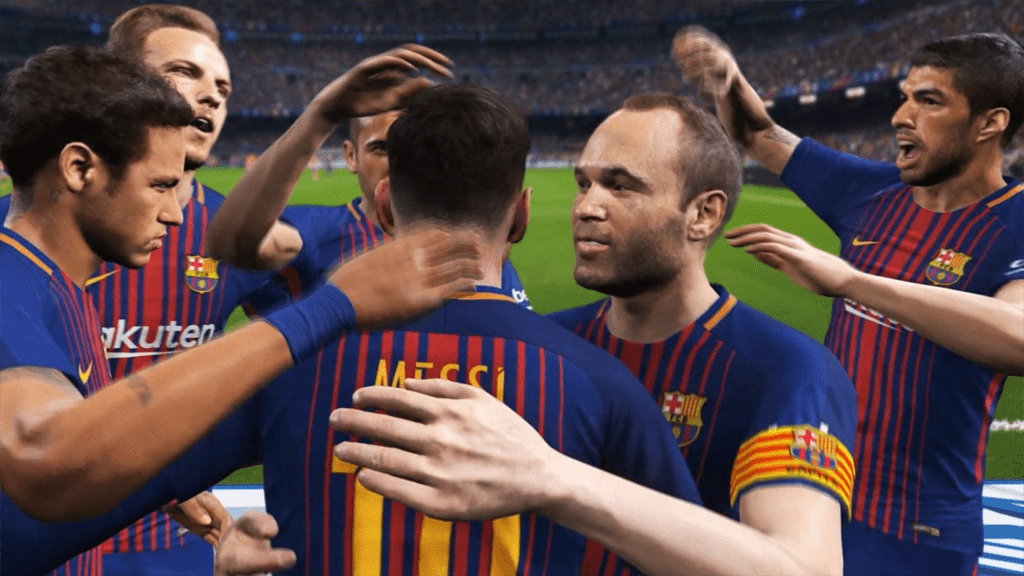 Having fewer teams than its biggest competitor, as well as dodgy kits, hasn’t bothered fans of Pro Evolution Soccer, and why would it? Over the past number of years Konami’s offering has been the superior playing football title on the market, and at the end of the day, that’s what’s most important. This year’s entry plays quite differently, dulling the pace of the action to resemble the sport much more than it has in recent seasons; a risky move because the fluid, pacey play is why a number of the fanbase gravitate towards PES, rather than FIFA. There’s a bedding in period with PES 2018, regardless of whether or not you’re a diehard, but when it clicks, it clicks.

The individual strengths and weaknesses of players have never felt more prominent than they do in PES 2018. A less robust wing forward won’t put up much of a challenge when the size 5 has been whipped in high from a corner, and a lumbering centre half isn’t going to lead a counter attack effectively. You’re required to be a bit more clever in your approach on goal, with things like positional awareness and timing all playing a more vital role than ever before. If you see your nippy wing back making a run up the pitch and want the central midfielder’s ball to reach them, you better make sure you weight that pass perfectly, or the opposing nippy wing back will collect and break with his teammates. You needn’t worry about searching for 10 other men to pass the ball to, either: they want the win as much as you do. They’ll always find pockets of space to run into, showing for the ball and giving you options; they’ll also track back to help in your efforts to defend. The same goes for your rivals, who will try and get themselves in front of you on a goal kick, leaping up for the knock on before you ever get the chance to.

There’s hilarity on occasion when, for example, you see a ghost ref glide through a player to give another a stern talking to, but all in all the animations this year are terrific. See Olivier Giroud miss a gilt-edged chance and he’ll be visibly upset with himself, or in contrast watch as he buries his effort and elation exudes from him and the Arsenal XI. Gary Cahill looks a little peculiar when bellowing out God Save the Queen when donning the Three Lions shirt, but the models are the best we’ve ever seen in a football game with likenesses being scarily good in some cases.

As well as the highly-paid professionals on the grass, the ball feels more realistic, too, moving in a manner that reflects the beautiful game. While you can predict it to a degree, you can’t account for it ricocheting off a player and going out of play. You also can’t account for Jonjo Shelvey sticking his boot through it from outside the box, only to see it take the heaviest of heavy deflections off Chris Smalling, and go past David De Gea into the unintended corner of the goal. At the time I may have been a bit gutted with this outcome because it stopped my winning streak in my Master League campaign, but it made me appreciate that PES 2018 doesn’t feel robotic. The ridiculous can occur, because it can occur at 3 o’clock on a Saturday afternoon.

But when the ball is playing by the rules you have more control over it than in previous games thanks to the implementation of Real Touch+. Players can now take the ball with pretty much every inch of their well-toned frames, which you really get to mess with when playing as one of the game’s elite like a Barcelona. A cross-field pass from Messi to the now departed Neymar Jr. can see the PSG man take the ball with ease on a number of legal areas on his person. It’s creates some real moments of magic.

It’s more difficult than ever to conjure up some wizardry in a dead-ball situation, though, as the direction indicators have been removed. The option to switch them on and off like in previous entries was the perfect solution when playing against a real opponent, so they couldn’t tell where you were placing the ball, but I can’t wrap my head around why they’ve been taken out entirely. Corners are still manageable, if a bit harder to judge, yet free kicks have gone from excruciatingly difficult to almost impossible now.

Collisions can be messy from time to time, with some 50/50 battles resulting in unintentional fouls, but as has been the case in years prior, referees are overly lenient. While fans of the sport enjoy a free-flowing 90 minutes far more than a stop-starty affair, it’s comical at points. Catch your man with an ill-timed sliding tackle a second or two after he’s played the ball and you’ll likely pick up a yellow after potentially shortening his career. In countless hours of playing the game over the last couple of days, I wasn’t sent off once. The variety of CPU opponents I faced were only carded once or twice.

Master League gives you the chance to lead your team to glory while negotiating transfers, and being on the lookout for employment opportunities elsewhere, and for the most part, it’s identical to previous MLs. You are given a new way to play Master League called Challenge which is there to supposedly give you more control over the dealings at the club. While expecting a fully-fleshed out management sim is a bit silly, I was hoping for something that would allow me to react to Willian, according to the news feed in-game, doing kissy faces to other clubs, or have to deal with certain players’ off-the-field antics. Instead, I signed some of the world’s elite handily enough and didn’t have many issues with my squad. I wanted something more from this year’s Master League — not necessarily fully-voiced cutscenes and a HBO style narrative, just something more.

We have, however, gotten a little extra in the new 2v2 and 3v3 co-op mode, where players work together to better an opposing 11 by each controlling different players on the pitch. Each controller-wielding participant is awarded points for their individual performance and how successful they are at passing, dribbling, shooting and so on, with one proving his or herself to be the person of the match at the end of the game.You can keep track of this during play as corresponding boxes that praise and admonish you rest at the bottom of the screen, and while the screen real estate they take up is a little jarring — and six coloured indicators atop players’ heads can get a bit confusing — this mode can become quite fun. It makes you appreciate some of the less glamourous elements of the game, or see you perfect your off-the-ball support runs.

PES 2018 is an upgrade in almost every way on last year’s edition when it comes to presentation: the match graphics are slicker, you can scuff the green carpet by sliding along it, and strikers splash surface water around as they make a marauding run on goal. And, as I’ve illuded to and you already know, licensing deals mean that those who normally play in the Bernabeu are known as MD White, and that’s all perfectly fine (option files make it easy to sort that if you so wish). But, we are at the stage where the commentary needs to be fixed. Peter Drury screaming Diego Costa’s name as a shot trickles wide isn’t funny anymore. Jim Beglin repeating the same line about ‘high class keepers’ and something to do with a ‘high class wage’ over and over is well beyond tired. The unnatural tones in which a team’s name is said, slotted into a sentence where it clearly doesn’t belong, is so antiquated. This needs to change.

FIFA Ultimate Team purists won’t be swayed by this year’s myClub as PES’ comparable mode is largely unchanged from last year’s edition, but an in-depth tutorial at the beginning is a nice touch for those that traditionally spend their time elsewhere. And while it’s early doors, I hope the lag I’ve witnessed in my online matches is addressed sooner rather than later. It hasn’t completely hampered my experience on launch week, but it’s happened enough that it’s noticeable.

PES 2018 is a mixed bag of wonderful new ideas, and some old ones that need a bit of freshening up. Become a Legend feels pointless, but bringing back the ludicrous Random Selection mode that let’s you put Wes Hoolahan in an Argentinian jersey is a joy. Make no mistake that while some of its faults are showing up more than they have in recent years, PES 2018’s philosophy of slowing the game down just a tad has a rippling effect that is nothing but a delight.

A lot has gone into changing how the game is played in PES 2018. The more measured approach is wonderful, as is Real Touch+. That's why the parts that need an upgrade stick out more than they have in years.
8 Slower, sim-like pace has changed the game for the better Individuality is more prominent than before Commentary detracts from action 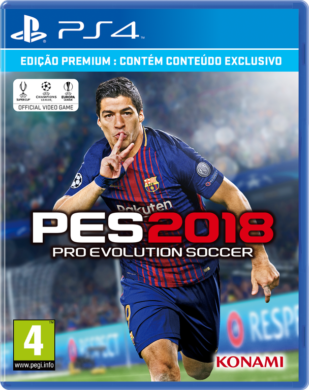