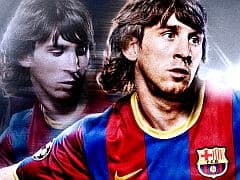 PES 2011 feels like the biggest effort Konami has made with the series for many years, but the cold hard truth is that it’s still in mid-table compared to FIFA’s Champions League dominance. This year’s PES is easily the best iteration we’ve seen on this generation of consoles, with a solid new passing system, a more considered pace and smart – if not breathtaking – visuals. But after years of FIFA refining a true next-gen experience, PES still feels a little archaic.

Positives first, then. The 360-degree passing works very well, allowing you to spread the ball about as you wish. With every kick nowhaving a power bar attached to it, the weighting of passes is one of PES 2011’s triumphs. Shooting is as solid as it’s ever been, once again allowing you to pull off some thumping strikes from outside the box. Thanks to the new passing system it’s possible to set up some incredible moves, culminating in your striker running onto a lofted 50-yard pass and then hitting it on the half-volley, the ball screaming past the flailing goalie and into the top corner.

It’s moments like this that show Konami still has the magic dust it sprinkled over the series during the first half of the last decade. When it all comes together it’s easy to slip back into that comfortable zone long-time fans experienced all those years ago, when PES ruled the roost and dominated our disc trays. This year’s game feels a touch more realistic, too, which is excellent since previous games occasionally became fleshy games of pinball.

Konami has created a hard game, not only in terms of the nuanced controls, but because of the AI, too – computer controlled teams put up a real fight. Initial games will likely see a string or 0-0 or 1-0 score lines if you’re playing on or above the regular difficulty setting. At one point I celebrated as if I’d won the FA Cup final at the fact that my Barcelona managed a last minute equaliser against Stoke – and I hadn’t even scored it myself, with the defender deflecting the ball into his own goal.

While player physicality isn’t handled as realistically as in FIFA 11 (the physics engine just doesn’t feel as natural here), it’s far better than it was last year, meaning big players can bully smaller ones. This, combined with players that are harder to tackle and enhanced defender AI, makes for a game that will take a long time to get into.

This would be fine if the attacking game was on par with defensive play, but it’s simply not. The biggest offender is the AI of your team mates, who just refuse to make intelligent runs. It’s incredibly frustrating to be in a great position, only for the rest of your team to linger on the half-way line, apparently blind to the clear opportunity. I thought this was due to my team tactics, but even after going into the menus and adopting as aggressive a strategy as possible, rarely did my strikers want to make a move into the box as my winger broke towards the byline.

It’s so frustrating, as the basics of an excellent football game are here; they just haven’t been moulded together properly. Some people might enjoy the fact that PES 2011 is more difficult than FIFA 11, but after a while games against the AI drain the enjoyment out of you. The game fairs better when you’re competing against a friend, on the same console or online, but the same attacking problems persist. PES 2011 is a great game until you enter the final third.

Core to the game is the Master League, a thoroughly in-depth career mode in which you attempt to build a team and guide them to glory. The problem with Master League is that it’s all a bit clunky and far from user-friendly. Player negotiations are awkward, menus are complicated and it lacks the info-rich home screen seen in FIFA 11. Konami doesn’t have the license EA holds, so you only get a relative handful of properly named and kitted teams. This year the English Premier League teams included are Manchester United and Tottenham, so the rest are all named after their location. Konami can’t help this, but as a result the game certainly feels less authentic than FIFA.

Spicing up a fairly stale mode is the series debut of Master League Online. Here you compete against real players, bidding for the best footballers as others do the same, and then play against them. It’s certainly a more modern take on the mode, but it remains to be seen just how successful it becomes – especially compared to FIFA 11’s suite of online modes, including 11-vs-11 play. It should be noted that we’ve been unable to test out the net code at the time of writing.

One of the ways PES has fallen behind FIFA is in presentation and general aesthetics, but this appears to be an area in which Konami’s series is catching up. The menu system is still a bit all over the place, but the on-pitch action is starting to nip at FIFA’s heels. Player likenesses are by far the title’s strongest aspect, with Konami managing to accurately model more faces than in FIFA 11 – at least from what I saw from my time with both. Things aren’t nearly as good when it comes to animation and lighting, though, with PES 2011 looking and feeling less organic than EA’s efforts. The fact that there’s proper Champions League integration in PES is a big bonus, with these matches showing how important it is for sports games to accurately resemble real life.

There’s sadly a big negative in the form of commentary. While FIFA 11 has dodgy moments, it’s bordering on terrible in PES 2011. You’ll get completely out of place statements, contradictions between the two-man team and moments of hilarity as the pair share genuine excitement at absolute non-events.

Let’s get something straight: PES 2011 is a good game. It’s the best version of PES I’ve played on the Xbox 360 and PS3, and it’s a step in the right direction – but it isn’t a FIFA beater. EA Sports started FIFA’s transformation many years ago and now the fruits of that investment are paying off every year, whereas PES 2011 feels like it’s just the start of a new beginning for the franchise. Fans will find a lot of positives, but fence-sitters will still want to go with EA’s game.

PES 2011 is a good game; it's the best version of PES I've played on the Xbox 360 and PS3, and it's a step in the right direction. It isn't a FIFA beater.
7 Great player likenesses Plays excellently until final third Team-mate AI isn't good enough Lacks FIFA's authenticity