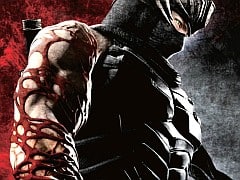 Ninja Gaiden 3 is the first game in the series that really wants to explore the story around its mainstay hero Ryu Hayabusa and his wipe-clean latex bodysuit. This is quite a tall order, actually, seeing as this is a developer who spent its last game trying to squish a four-armed werewolf into the narrative.

Still, you’ll sit through a few aggrandising cutscenes as long as the action is good, right? In doing so, however, Team Ninja strays from the series’ true calling. It certainly doesn’t help that cutscenes – and there’s loads of the bloody things – are riddled with the kind of nonsensical twaddle that does little other than make you want to slide your phone out your pocket and check Twitter, and the game’s hyperactive aesthetic has you bouncing around increasingly bizarre environments that reads like the kind of story I doodled in the back of my maths book at primary school.

I can only imagine the meeting where the development team worked out the game’s middle section: “So, yeah, you’re in like a Japanese ninja anti-terrorist squad and you’ve been cursed and absorbed your sword into your arm, and it’ll kill you eventually, and, uh, you’re fighting a T-Rex with LED eyes and it falls over, and then becomes metal, and then it chases you and you blow him up with a rocket, sort of like in Jaws, and then you’re in a virtual reality simulator but the simulator is real, and can also kill you, and you’re fighting monsters made out of the real virtual reality once it’s possessed dead people who live in big tanks like something from Resident Evil.”

All of that actually happens.

And, sure, the iconic 2004 Ninja Gaiden was occasionally equally preposterous – the jarring and guff battle against Ghost Doku comes to mind – but there was an elegance of purity to its studious combat and precise strikes. Battling the reanimated bones of a dead dinosaur in the original made some kind of weird sense, whereas the third game feels like the game has come off the boil completely. It’s just too much. But at least the main new female sidekick, Mizuki, doesn’t have her massive ladybaps hanging out for the world to see – she’s going for the motherly trope, you see, as opposed to the sex object stereotype.

But it’s the combat, rather than the fact Ryu Hayabusa now occasionally puts his finger to his ear (of all the Western tropes to take…), that keeps the game ticking on. Ninja Gaiden has always been a famously difficult series, with the Xbox’s Ninja Gaiden Black still standing firm as the series’ high point. Harsh but fair, Team Ninja’s opus asks that you learn its mechanics inside out and then tests you with enemies that’ll easily break through any remaining weaknesses. There’s a cautious consideration to your combat, as Hayabusa can’t stop his attacks mid-swing, which goes hand-in-hand with a need for careful and diligent dodging. Get it right and you’ll take your enemies to pieces – quite literally, in the case of Ninja Gaiden 2.

The third game isn’t quite as violent as the second, though there are times when it likes to think it is – one of the game’s opening gambits is having you hack down a grunt as he pleads for his life, for instance. There’s no gory eviscerations in Ninja Gaiden 3, and enemies no longer burst into body parts like crash test dummies, but in its stead is a new suite of ‘steel on bone’ finishing moves marked by Hayabusa wedging his sword into an enemy, a close-quarters camera angle and an occasional QTE prompt. These tend to lead into one another, too, allowing you to see off an entire fleet of enemies with your devastating flurries.

It’s a massive shame, though, that Ninja Gaiden 3 does away with the series’ traditional upgrade system and limits players to a single weapon (though Ninja Gaiden 2’s falcon talons and scythe are reportedly being made available down the line as free DLC). Thankfully the game’s Dragon Sword is a potent combination of speed, flexibility and power, and plenty of swish combos are available. These include reliable series stalwarts like the Izuna Drop and the Flying Swallow, and dozens more that you might accidentally come across if you mess up the string of inputs required for Izuna Drop or Flying Swallow.

And what of the challenge? You can pretty much get through most of the game’s standard normal difficulty by just mashing your regular attack button over and over. While Ninja Gaiden’s option for precise, reflexive play is still available, it’s certainly not required. Higher difficulties are still there to really put you to the test, but Ninja Gaiden 3’s greatest failing is that it’s balanced and constructed in such a way that it never incentivises players to tackle these more challenging modes. It’s an especially tragic realisation when compared to the heyday of the original, where I immediately started a second playthrough on a higher difficulty as soon as the credits stopped rolling.

Instead you get a bevy of QTEs, from the regular occurrence of having to climb walls using your kunai to the occasional upset of having to finish off a boss with the occasional tap of the face buttons. These sequences drag on and on, effortlessly proving that Team Ninja understands the intricacies of the QTE about as much as I do computational mechanics.

In many areas it feels like a continuation of some of Ninja Gaiden 2’s missteps. There’s nothing here as agonising as the dual tengu or the fiery armadillo, which is a huge relief, and your new bow makes short work of faraway grunts with rocket launchers. But Ninja Gaiden 3’s response to these frustrations has been to just chop parts out wholesale rather than address them properly – bosses are now watered down scripted sequences, and enemy variety has been vastly reduced. So while Ninja Gaiden 3 never sinks to the lows of the second game, it also never matches its highs. Any hope of excitement has been stripped out, leaving little more than a threadbare, by-the-numbers campaign; the video game equivalent of an unsatisfying fast food meal.

Locked behind an online pass are also a 4v4 competitive mode and a series of solo and co-op Ninja trials, none of which was available for consideration on the pre-release code provided to me by Tecmo Koei.

You can probably wring out a decent afternoon with Ninja Gaiden 3 providing you’re not expecting it to be as good as its predecessors. There are the origins of a fast, exciting new combat system buried underneath all the mess, and the gorgeous animations and zippy takedowns provide an immediate buzz. Yet its problems vastly outweigh its positives, and it’s hard to come away feeling anything other than disappointed. This was supposed to be a bold new beginning for the series, but ultimately Ninja Gaiden 3 feels like a false start.

Ninja Gaiden 3 was supposed to be a bold new beginning for the series, but it ultimately feels like a false start.
5 Gory combat Unsatisfying Stripped bare Nonsense QTEs