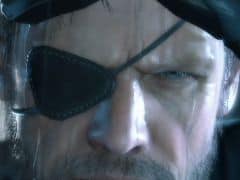 A superb introduction to Metal Gear Solid 5’s world and systems, Ground Zeroes is at once reminiscent of the games that preceded it while also still feeling fresh and worthwhile. Combining MGS2’s lack of camo (and as such a greater emphasis on using geometry to hide in) with the open areas of MGS3 and the mechanics of MGS4 (along with elements of Peace Walker), it’s intelligent in its systems, beautiful in its art direction and technical accomplishments.

Set in a Guantanamo-style US black site (where, we presume, Uncle Sam tickles people until it gets the info it needs) the open play area lends itself well to demoing the key new mechanics of the game: Far Cry 3-style binocular-based enemy tagging being the most obvious change. The setting also lends itself well to repeated playthroughs. Comparisons to MGS2’s Tanker section are unfounded: that was essentially linear, whereas here you have the freedom to approach your goal – rescue two POWs- in a number of ways.

In essence, it feels like a mission from an old Hitman game. Circumvent the security perimeter via a vent, or hop in the back of a flatbed truck? Kill everyone, or no-one? Listen to music on your Walkman while you interrogate people? Up to you.

It’s flexible enough to enable players to come up with their own battle plans, and once Ground Zeroes is over there are five Side Ops missions (encompassing assassination, hostage extraction, espionage and more) that take place at different times of day. Again, it shows off the pliability of the world, while also giving the lighting engine a good run out. It’s literally not found wanting come rain or shine.

As ever, though, it’s the attention to detail that make an MGS title stand out, and this is no exception. There’s a pleasing weight and solidity to the world, anchoring players into the experience: everything behaves as it should, leaving you to get on with the business of enjoying, rather than fighting, the game.

It’s clearly playtested to death, utterly enjoyable, and a bit mad. Is it worth your cash? Yes.