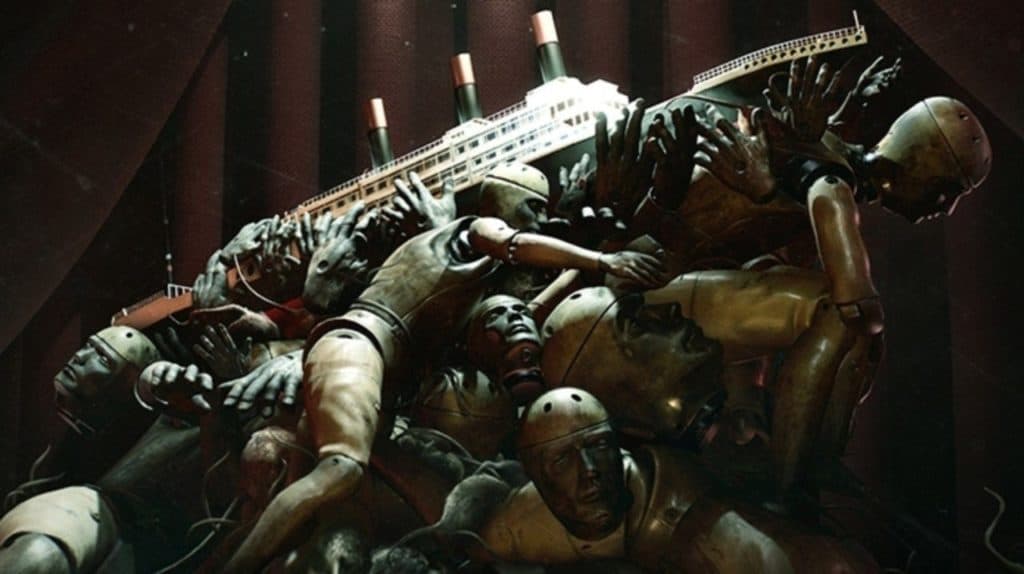 It was a dark and stormy night. The floorboards creaked. The rats scurried. And the Paintings seemed to stare. Layers of Fear had a novel strategy: it broadsided us with clichés so blatant they seemed to find their own perverse freshness, and it combined jumpscares – such a stale staple of the movies – with perspective trickery to make us dread such basic video game functions as moving, opening doors, and turning our heads. But it never got into them. It was as if the game had gone digging through the debris of horror and turned trash into quick treasure. But its thrills ebbed from the memory as quickly as the adrenaline from the blood.Layers of Fear 2 tries a different tack. We play as a tortured artist, just as before, but the art has changed. In place of paintings, we have films. As for the gloomy house, we now have a ship, whose corridors drip and sway. One great thing about the game is that it’s almost impossible to spoil; its plot is covered in cloudy layers of metaphor – if not quite fear – and, as such, if you told anyone what happened in its later moments it would make as much sense (and be roughly as compelling) as if you recounted a dream you’d had. This from the official website: ‘Players control a Hollywood actor who heeds the call of an enigmatic director to take on the lead role in a film shot aboard an ocean liner.’ That’s about as far as concrete plotting takes you.

All of which will doubtless come as good news to players of the first game, who are used to spooning through the narrative soup for details. But what of those who haven’t? They will find a point-and-click adventure in the modern mould – that is to say, puzzles that aren’t so much concerned with taxing the brain as gritting the narrative with texture. Think of Gone Home, which lightly cluttered its rooms with clues to its characters as much as to its padlock combinations. Layers of Fear 2, feeling a faint obligation to its name, halfheartedly stuffs its tale with horrors. But developer Bloober Team strays off course and cruises full steam into story, which certainly wasn’t the strongest aspect of its predecessor, and nor is it here. 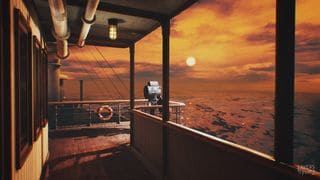 The trouble for me is that, as I plodded through, I felt my feet sinking into surrealism like quicksand. I would open a door in the floor, fall upwards, crawl through a pirate cove, wind up in a room plush with curtains and a black zig-zag floor, and be chased out by a boogeyman before I had time to nod apologetically at David Lynch. It’s all employed in the pursuit of backstory, its unsettling stew of images tied into its hero and the pains of their past. This was similarly the case last time round, in the original; its characters were clumsily daubed and thin as watercolour, but it had the smarts to put its scares front and centre. Here, the writing is roughly of the same standard, and the voice acting is uneven, but things don’t go bump as they should.

And with Tony Todd – who scared us witless as Candyman –  supplying you with sinister directions. I don’t see any reason why they shouldn’t have. It was a relief to hear his voice early on – that coffee-grinder rumble from the deep – and I felt sure that, under his direction, we were being guided toward a dire need for fresh underwear. Alas, it wasn’t to be. What we do get are fail states. Now and then you are chased by a lumbering brute that clobbers you straight to a kill screen. The trouble with fail states, in horror games like these, is that they kill all the horror; fear turns to stress, and frustration thins to mild boredom. Indeed, it’s a shame that Bloober Team felt the need to add these jolts of random panic when, elsewhere, its talent shines through the shadows.

There are segments of inspired design. A Wizard of Oz passage, in a tumbledown wooden house, is positioned in a crosswind with Eraserhead: a hurricane of TV static blows on the window panes and a creature, not as dead as it should be, twitches on the dinner table. What a trip. These film-coloured dreams dampen the entire game. Here and there, an inspired touch leaks out – a coin of white light beaming through a wall from an unseen projector, as if our lives were lived in the shadow of the movies. 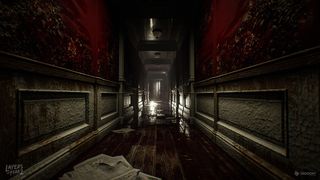 That certainly seems to be the case for our protagonist. But what should be traumatic and fearful is turned to pop-culture cool and reference-spotting. When I think back to the first game, I remember those leering Goyas, with their ghoulish faces and charred shadow. Here, what adorns the walls are mock movie posters – glorious, stylised pastiches of Metropolis, The Shining, and The Maltese Falcon – which are wonderful drugs for a movie junkie like me, but they don’t gnaw at the nerves. Instead, we find our patience, not our nerves, frayed by a small scattering of technical trouble – frame rate which, regrettably, jitters more than we do, and some infuriating pauses as a small loading roundel whirs on a doorknob, as whatever is on the other side is conjured up.

By the time the final credits rolled, I found my head reeling with interesting pictures and pleasantly afloat on the game’s mood. Credit must go, of course, to Bloober Team for setting a different course for its sequel, freshening the setting and shifting its subject matter to the silvery skin of cinema. It’s just a shame that it didn’t bring the chills and scares that littered the last outing. Layers of Fear 2 is crammed with cryptic messages about acting method: ‘You build one character. You destroy the other. There’s no other way,’ one voice croons early on. But I couldn’t help thinking that, in making a new game, you don’t have to destroy the other. There is another way.

Credit must go to Bloober Team for setting a different course for its sequel; it's just a shame that it didn't bring the chills and scares that littered the last outing.
4 A moody spread of film-inspired imagery Isn't Scary Annoying fail states

[…] Josh wasn’t quite as taken with the follow-up, however. “Credit must go, of course, to Bloober Team for setting a different course for its sequel, […]

[…] Josh wasn’t quite as taken with the follow-up, however. “Credit must go, of course, to Bloober Team for setting a different course for its sequel, […] 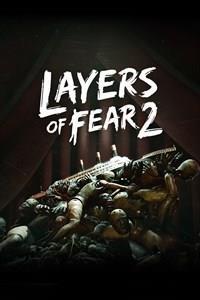