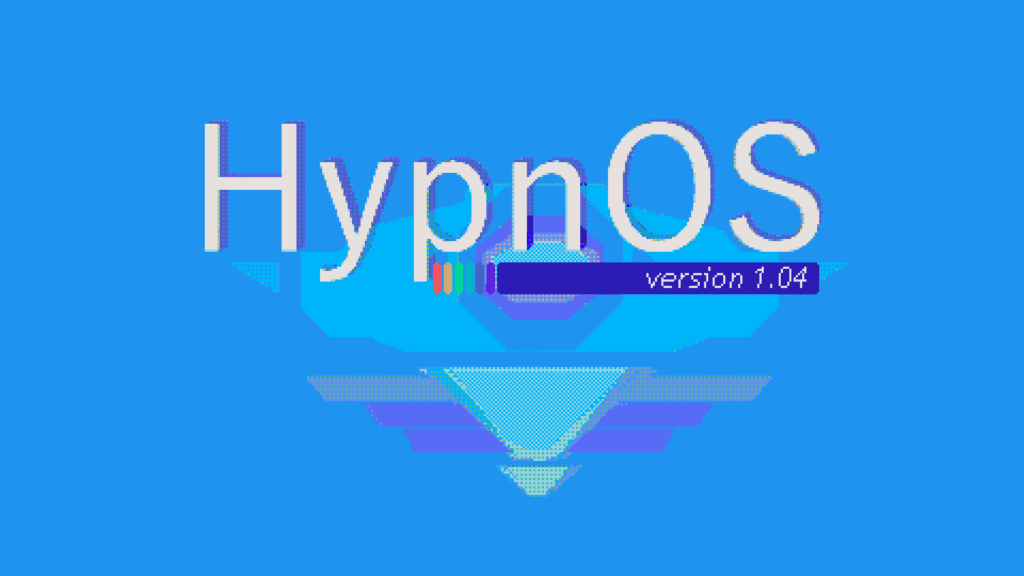 Back in the late ‘90s, the internet was a luxury for most, rather than a necessity. The screeching white noise of your modem connecting to the wider world ushered in a beautiful distraction; real life concerns were replaced with mp3s of muffled demos and jpegs of utter filth. You had access to a host of information on topics you’d never even considered, and could forge relationships with people you’d never even met. The early days of the internet transformed the present into the future. A garish, sluggish, brightly-coloured future: it was the stuff of dreams. In point & click adventure Hypnospace Outlaw, it is literally that.

It’s the late ‘90s, and a software developer has released a version of the world wide web, called Hypnospace, that you’re able to browse – thanks to a technologically advanced headset – during your sleep. Handy: sleep time is wasted time. Those who’ve signed up to the snoozey service can create their own GeoCities-like page, and you’re able to look at every last one of them via your retro-looking desktop computer. Hypnospace is separated into different zones, each providing a wonderful amount of character: Teentopia is full of angsty adolescents finding themselves; musicians promote their unique work on the Coolpunk board, whilst others critique it; and some more senior members come together in Goodtime Valley to pine for days gone by.

It’s a flawless recreation of the internet’s early days. Pages are lo-fi dumps of inconsistent fonts, lo-fi gifs, horrible cursor trails, and auto-playing music. Every typo is intentional, every broken link is deliberate, and it’s all exceptional. It’s one thing to slap a few shoddy looking graphics together, it’s another to flesh out Hypnospace’s user base with fantastic writing, giving even the most minor of characters personality. I never realised just how nostalgic I was for this era of the internet until I went on ZANE_ROCKS_14’s page, heard the rap rock of Seepage, saw the shambolic animations, and read that his hobbies include ‘making out with my GF.’ It’s terrible. And funny. And terribly funny. But then I had to take him down; it’s my job, after all. 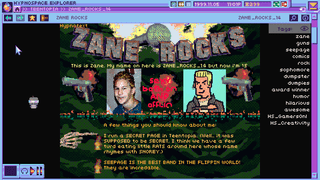 As a Hypnospace Patrol Department enforcer, your job is to make sure that everyone’s playing by the rules. That means no copyright infringement, no harassment of other users, no illegal or profane activity, no distribution of malware, and no usage of unauthorised payment systems. The higher-ups give you cases, some of which will point you in the right direction of offenders, and others that leave it more vague. After successfully finding the culprit you’re looking for, you click a few buttons and they’re placed in internet jail. You also get some Hypnocoin for your troubles, which can be spent on new software for your OS, like virtual pets, an anti-virus, and the self-explanatory Professor Helper (whose name is steeped in irony). Mostly, it’s up to you to find the lawbreaker, by either scouring the many pages of Hypnospace, or by tapping words into the search bar.

I was scribbling nonsense in my IRL notebook, as I followed leads that brought me nowhere, and some that lured me down a different path entirely. Catching the perps isn’t easy. Some hide their offences in unlisted pages, hidden cliques, and behind the security of passwords. There is a hint system, but Hypnospace Outlaw is keen for you to Columbo your way out of this by yourself. There’s no rush either, gloriously. You have time to gather your thoughts and double back on yourself until it all becomes clear. Coming across the solution without guidance is joyous. So have faith. It will become clear. You just have to look a little harder, because there’s more to this than first meets the eye.

The designers of Hypnospace, Merchantsoft, aren’t what they initially seem; granted, you’ll see some plot twists coming, but the writing is good enough to keep intrigue high. The story is smarter and deeper than you might first think. Persons driven by particular motivations can take a sharp turn once specific incidents occur. And this doesn’t always revolve around allies revealing themselves to be shifty. You unveil Hypnospace Outlaw’s cybercrime story at your own pace, which is great – I allocated myself some time to have a chuckle if things ever got too much for me. 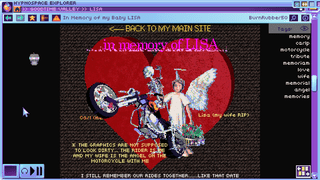 This is one of the funniest games I’ve played in quite some time. From the unrest seen after the likeness of a 1960s cartoon character is outlawed, to the extraordinary music by one of my new favourite video game heroes in Chowder Man, it’s beautifully absurd. Although, as the nature of the puzzle-solving sees you revisiting pages, the impact of seeing BurnRubber50’s fucking outrageous touching tribute to his dearly departed wife does lessen the more you happen upon it.

It just about gets around this – there is a passage of time, so users will tinker with their pages a bit over the course of Hypnospace Outlaw – but seeing the same gags a few times certainly doesn’t help them get funnier. Still, there’s no question I was BWLing more than I wasn’t… What? You’ve never heard of bursting with laughter before? Keep up. That’s what all the cool kids were saying in 1999, whilst they were creating shitty looking web pages in their sleep.

Our phones, tellies, and even our fridge-freezers are online these days: we’re more connected than ever before. But that also means the allure dissipates with every passing day, too. The internet was once a mysterious, magical box in the hallway that enabled those of us – after 6 o’ clock in the evening – to find our place in this world. The land of the misfit toys and slow-loading pornography. It was brilliant. If you didn’t live through it, play Hypnospace Outlaw. It captures the time period, the technology, and the people perfectly. If you did live through it, play Hypnospace Outlaw for those same reasons.

Hypnospace Outlaw is a perfect recreation of what the internet once was, and in some ways still is: a glorious mess of friendship and anarchy. It’s probably good we don’t have auto-playing music anymore, though.
9 Captures the tone of early internet so well Even the most minor of characters are well-written Solving a puzzle feels so good, because you have to work for it Some of the jokes begin to lose their effect when you’re being all detectivey