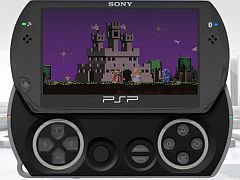 Holy Invasion of Privacy, Badman! What Did I Do to Deserve This? Review

In the horribly-named Holy Invasion of Privacy, Badman! What Did I Do to Deserve This?, a GCSE level understanding of soil nutrition and food chain pyramids doesn’t just help, it’s required. It’s hard, rock hard, not because it requires quick reflexes or God-like hand eye coordination, but because it feels like reading a textbook about your back garden and then taking a test.

You’d never know it, though, going by the retro art style and the bonkers, 8-bit JRPG-referencing premise. You are the God of Destruction. Sounds cool, right? Sure. Shame that what this actually means is that you’re a disembodied pickaxe. Really. Badman, an Overlord, has woken you up to help defend his kingdom from pesky invading heroes, exactly the kind you remember equipping in old Japanese role-playing games. Badman wants you to dig forth a dungeon, generating servant monsters out of the soil of the Netherworld, so that when the heroes turn up they eat dirt. Or, to be more accurate, the dirt eats them.

At first glance Badman looks like a fun, typically Nippon Ichi-styled Tower Defence game. With the pickaxe you need to dig square blocks out of the soil, releasing newborn monsters that walk back and forth through the tunnels you’ve created. Then, you place Overlord Badman in the safest spot possible and await the human adventurers’ entry into the dungeon. Each hero has a set number of hit points and a range of JRPG special abilities – sword slicing attacks, axe cleaving, spell casting, healing, that sort of thing. With any luck, your monster army will be powerful enough to kill the heroes before they reach the Overlord (resulting in a stage clear). If not, they’ll grab him and leg it out (Game Over!).

You quickly realise, however, that Badman is more of a real-time strategy sim than a Tower Defence game, more SimCity than PixelJunk Monsters. There’s so much going on, so much to consider, so many mechanics that need to be fully understood before success becomes more than just blind luck, that Badman is possibly the most overwhelming, complicated PSP game yet.

For example, you need to understand soil. A block of soil has four levels: At level zero it contains no nutrients. At level one it contains basic nutrients that, when dug, will spawn a Slimemoss – an obvious nod to the Slimes from Dragon Quest. Slimemosses slime their way through the tunnels of your dungeon, distributing nutrients to other blocks of soil. Distribute enough nutrients into a block of soil and it’ll change colour, upgrading to level two, and finally level three.

The point? Upgraded soil, when dug, spawns better monsters like Omnoms (skeletal demon bugs), Lizardmen and even dragons. Spawning high end monsters is essential from as early as stage three, because they’re better in a scrap and you’ll be up against multiple heroes who have loads of hit points. Good quality monsters also reproduce, increasing the strength of your army further.

That’s not even the half of it. There’s a complex food chain that needs to be carefully managed so that all your monsters don’t die of starvation. There are producer units, like Slimemosses, and two levels of consumers that feed on them. You need to carefully balance the number of different types of monsters you have on the go so that everyone’s well fed. Have plenty of Slimemosses, and Omnoms and Lizardmen will stuff their faces, increasing their vitality. Have too many Omnoms in relation to Slimemosses, and the Omnoms will starve and die, and, consequently, so will Lizardmen.

Nothing, however, is as important as efficient digging, and this is where Badman loses review score points. Grasping just what makes for an efficiently dug dungeon is like trying to understand quantum physics. At no point does the game explain it to you; I don’t think the developers know, either. And even if you were to understand, it’s impossible to predict the movement of your units. They seem to wander around aimlessly, sometimes doing things that make sense, sometimes doing things that make you question your very existence in the universe. I understand that it’s better to have short narrow tunnels so that monsters don’t have to travel far to eat each other and transfer nutrients to soil, but beyond that, success often feels like it’s the whim of a mischievous god.

Take, for example, the creation of level three soil blocks. They spawn Lizardmen, which are good quality units that form the backbone of your monster army. The only problem is upgrading soil to level three feels completely random. I reckon my maze is well built, with enough Slimemosses distributing nutrients to get the job done, but the creation of level three soil seems the result of some bastard dice roll. Getting the little Slimemosses (or gits, as I have christened them) to do what you want them to do is harder than steering wild horses with reins made of weed killer.

You still paying attention? You there, at the back, stop doodling! Jenkins, wake up! You kids today, really. You might not think it important now, but one day, one day soon, all this learning, all this ecosystem stuff I’ve been drilling into your thick skulls will save your lives. Remember, Badman is completely defenceless. When the humans come calling, you’d better be prepared, because if you’re not… well, Game Over!

And Game Over! is another problem. Badman is unfairly punishing. Story mode, ridiculously, doesn’t allow you to save in between stage completions. When you die, and you will die, you have to start at the beginning and go through the easy first two stages all over again. I can’t think of one good reason for this design decision.

Bizarrely, the game’s difficulty extends to the Training mode. It’s particularly annoying not being able to complete the eight training stages, which I always thought were designed to teach you how to play, rather than piss you off. If you do manage to finish them, there are loads of one-off challenges that bring new meaning to the word “hard”.

At £23.99 on the PlayStation Store, or £24.99 in shops, some might feel Badman’s a bit of a rip-off. There are only two game modes – Story and Training – and while there are 100 entries to unlock in the expansive and mildly amusing Almanac, there’s a distinct bare-bones feel to the overall package. It feels like a £15 game at best.

Badman isn’t bad, it’s just unnecessarily difficult, too complex and seemingly has a mind of its own. But the seeds have been planted by Nippon Ichi that should eventually bloom into a quality real-time strategy sim. Only slight design tweaks here and there are needed. And with the sequel announced at the recent Tokyo Game Show, you won’t have to wait long to see the fruits of the harvest.

Holy Invasion of Privacy, Badman! What Did I Do to Deserve This?

Become the god of destuction and defeat the humans.

Holy Invasion of Privacy, Badman! What Did I Do to Deserve This?

Become the god of destuction and defeat the humans.