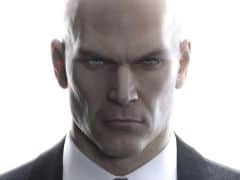 Hitman Episode One – The Showstopper Review

In Hitman’s Paris level – the opener for this ‘season’ of episodic content – you can eliminate your targets, a CEO and his ex-model partner, by pushing the latter off a balcony onto the former as they watch a fireworks show. This is perhaps only the fourth or fifth most violent thing you can do in the game, considering that you can also drown people in their own sick, or crash an elaborate lighting rig onto a crowd of innocent bystanders. But as an act of calculated, professional murder, it is the most grimly appropriate of them all. Hitman is at its best when you’re a playful, detached killer with a sense of theatrical schadenfreude, and Hitman 2016’s debut has plenty of that.

Those Hitman fans worried about the supposed lack of content in this model – which doles out new episodes and environments every month, or so we’re told – should rest assured that, for 12 quid, there’s plenty here to keep them busy. The Paris fashion show level is large, but that’s not the whole story. There have been sprawling Hitman levels before – think about the mountain-based trudges of Hitman 2’s Japan stages – but more important than sheer scale is Paris’s intricacy. It weaves its many assassination challenges, which form the core of the experience, in and out so well that it naturally guides players to character encounters and parts of the level they would likely never have experienced.

Rarely has a Hitman map felt this busy, and not just because of the upped NPC count, as impressive as that is. Over the grand museum’s four floors and substantial grounds there are plentiful opportunities to eliminate your targets, and some of the best of these form part of the aforementioned challenges. You’re encouraged to set up and attend deadly business meetings, or maybe just sabotage a patio heating lamp. Perhaps you’ll toy with an extension cable carelessly left close to a puddle, or disguise yourself as a member of a royal family to grant yourself an audience with a key target.

There are dozens of such challenges (which aren’t all assassination-based), each working in concert with the tightly-controlled level to create what is, in essence, an infiltration sandbox, with plans and approaches changing to match your latest test. IOI knows that the hit itself is merely punctuation: it’s the skill and cunning needed to get yourself into those positions which is the series’ real joy. Paris embraces this: Hitman 2016 isn’t just about the targets, nor even that elusive Silent Assassin/Suit Only ranking. (In fact, that is now just a challenge rather than a ‘top score’: your grade is now out of five.) It’s about twisting the level to your own ends chasing these ever more elaborate kills and encounters.

Which to certain fans may seem disappointing; a more scripted approach rather than free-form planning. Indeed, there has been some pushback in what some consider to be a world which now functions less like clockwork and more like a chronograph, to be started and stopped only when the player chooses. There’s no denying this does happen: certain conversations only seem to begin when you are nearby, for example. But it seems less prevalent than even in the preview build, helped immensely by turning off or minimising the input of the new Opportunities system. When set to full it will enable HUD elements which guide a player step-by-step through the means of assassination. Set it to minimal or off, however, and you’ll instead be gently prodded to use your eyes and ears to get information out of loose-lipped NPCs and work it out from there: a much better system.

Moreover, once the ‘stopwatch’ is started – and I should say that I never found it truly interfered with my enjoyment of the game – key NPCs seem to go about their business as usual, with it then up to the player to intercede, to lure and expose them. It’s here that Hitman shines: are you good enough to manipulate both the target and the world, to engage in multi-part hits with potentially hundreds of moving pieces? Good enough to sneak past or otherwise circumvent a much-improved AI, which while still fairly blind and deaf (and occasionally quite stupid) now has clearly-defined alert stages and processes for identifying, tracking, and ultimately removing you? (This is another of Hitman 2016’s key improvements: the player knows at all times who can, via UI and minimap icons, bust them and who can’t, making for a far less frustrating experience than before. As with most of the help, it can be turned off.)

Ultimately, Paris becomes a level which you know very well and yet are compelled to keep playing, and not just because completing challenges unlocks new weapons, items, and even undercover starting positions within various strata of the world’s social hierarchy. Hitman’s best moments are when you’re negotiating the various levels of security with a plan, playing it as a puzzle game, with NPCs being pieces on a board (consider how well Hitman Go interpreted this). Paris enables this in a way that Absolution never could, while encouraging players to experiment far more than in previous games.

Hitman is at its worst, generally, outside the level itself: it takes far too long to save or load the game, and even bringing up the map takes what seems like an age. More than ever, Hitman 2016 is a game of fine margins, with challenges and other feats dependent on certain elements falling into place. To make it take upwards of 30 seconds to load a save is unacceptable, and to then have the icons for the planning phase – some of which show you where to actually go – also load slowly or not at all thanks to (presumed) server or streaming issues seems ridiculous. As is the inability to access challenges if you’re offline: a massive issue. IOI did a good job getting the game to run and look this well, even if there are frame drops and some minor bugs, but with its menus and connectivity it has once again shot itself in the foot.

Despite its failings, Hitman’s first episode offers hours of classic play before you even consider the secondary targets, time-limited contracts, and the prologue, which features a smaller yet feature-complete training mission. What’s here represents a strong start, and a fine return to the more traditional Hitman play that fans have been clamouring for. Elsewhere, it needs to improve.

For more info and PS4 game footage check out our review video here: