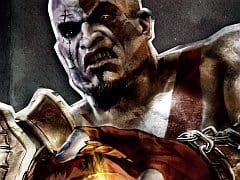 Let’s get this out of the way: the opening 45 minutes of God of War 3 are indescribably brilliant. Make no mistake; you won’t have seen a video game with production values anywhere near this. It is utterly incredible, and a sequence that blows me away every time I play it (four times and counting). But it is just 45 minutes out of a game that spans 10 or so hours. Does the rest of the game live up to such a show-stopping introduction to the series on PS3?

Perhaps inevitably God of War 3 struggles to better the glorious mastery of the console it achieves in its opening, but, even during the moments when God of War 3 seems somewhat subdued in comparison to its own high standards, it’s still more epic than any other hack ‘n’ slash I’ve ever played. Kratos has finally made his way onto the PS3 and is more bad-ass than ever.

NOW READ: This is the best armor you can use in God of War Ragnarok

Slight spoilers for God of War 2 are coming, but seeing as GoW3 picks up directly after the end of that game, it can’t be helped. It begins with the titans scaling Mount Olympus, all trying to get to Zeus, the king of the gods. Kratos is hitching a ride on the back of Earth titan Gaia, as he too tries to reach the god of the sky and thunder. Poseidon, god of the sea, is sent down from the top of Mount Olympus to deal with Gaia and the in-tow Kratos, and from then on you’re set for 10 hours of carnage, mayhem and Greek mythology and melodrama.

Following the formula laid down by Nintendo’s hugely influential Metroid series, Kratos begins God of War 3 as a hugely powerful warrior, with full health and magic meters, and a devastating whirlwind drill attack. But before too long you’re stripped of your fully levelled up abilities (swimming through the river Styx will do that to a person) and handed a weapon, the Blades of Exile, by Greek goddess Athena. Throughout the rest of your adventure you’ll gain three more weapons, each one taken from a key enemy, and a number of items. Revealing them all will spoil many of the boss encounters, but expect to get hold of a bow for projectile attacks, as well as an enemy-stunning item (which also doubles as a way to hunt treasure), speed boost boots (useful for evading enemy attacks and climbing vertical surfaces), and numerous brilliant magic attacks.

Your move set and abilities are added to as you work through the game by using red orbs. These series mainstays are collected from defeated enemies and chests located throughout the game’s environments, and then pumped into upgrades via the pause menu. As such, combat becomes increasingly exciting as you progress, and enemies more diverse, with many requiring you use certain attack strategies to defeat them. New to Kratos’ move set are a superbly useful grapple (used to latch onto enemies and drag to the centre of battle) and a fun ramming move that sees him use an enemy as a battering ram. Add to this the core block, counter, and dodge mechanics seen in previous God of War titles, and the ultra powerful Rage of Sparta attack mode, and it’s impossible to grow tired of taking out enemies.

God of War 3 is a brutal, blood-soaked experience. Whether you’re simply taking on a group of skeletal soldiers, a cyclops or one of the main boss characters, there’s blood spewing all over the place, limbs being ripped off, heads removed and bowels gutted. At times you can get trapped into using the same attacks over and over again (which makes the game hugely accessible to newcomers when played on standard or easy difficulty), but there’s huge scope for variety if you look for it, or are forced to find it when playing on the harder difficulty settings.

It’s impossible to talk about the core combat mechanics without also mentioning the locations, so integral are they to the overall experience and epic feel the game exudes. The colossal Greek titans play a huge part in the game’s story and also serve as gameplay environments, with Kratos both fighting atop them, traversing along them, and directly attacking them. You’re not aboard these behemoths all the time, with Kratos moving throughout many other beautiful indoor and outdoor locations, but they are the real highlight. There’s just something incredibly special about unleashing hell on a group of grunt-like soldiers while running along the arm of such a massive creature. Sure, the final encounters are often ended with quick time events (another staple of the series), but these moments are phenomenally good looking and superbly choreographed.

Revealing the many memorable encounters will spoil what is an experience that everyone should discover themselves. The game does, understandably, feature lengthy periods of arena-like combat (where walls are placed around Kratos until he defeats all the enemies), but only once did this feel like it dragged on for too long, with the pace generally being spot on. There’s a great sense of building towards the next showpiece encounter, and the game’s story does its job linking up the numerous characters and locations. There are a few quieter periods, too, in which Kratos has to solve environmental puzzles. These, while certainly more taxing and better designed than what we saw in the recent Dante’s Inferno, aren’t brain benders by any stretch of the imagination, but they work well in the context of the game and generally make sense rather than seemingly randomly placed to give players something else to do.

To really get across how much of a stunning spectacle God of War 3 is would require a review spoiling each and every one of its breathtaking moments. After completing it I thought about my favourite moments, eventually ending up with a list so long I felt compelled to start the game again – something that you’ll want to do, either to play on a harder difficulty or to use the many secret items found during your adventure that tweak certain settings. If you’re like me, you’ll want to play it in front of other people, just to show them how incredible video games can be, or just get them to play it themselves. There are a number of challenges and a combat arena to play around with, too, should you grow tired of the game’s many sights, but I doubt that will be any time soon.

Nitpickers might argue that God of War is a button-masher, and in some ways they’d be correct, but to dismiss such a polished game because it doesn’t fall into the same hardcore category as the likes of Ninja Gaiden would result in missing out on one of the finest cinematic experiences money can buy. Really, God of War 3’s combat doesn’t feel that different to the combat in games that dare to challenge it, like Dante’s Inferno, but the experience is so much better because the presentation is through the roof. There are some minor technical issues, including the odd frame rate issue, that are bound to get a few people up in arms, but it really doesn’t matter. The odd stumble below 30 frames a second is a miniscule trade off for what are the most impressive visuals this console generation has seen.

Whether looking at the way the camera moves around the environment, the detail in Kratos’ character model, or the sheer beauty in the locations, picking fault in the game’s presentation (the audio work is also spectacular and fits the epic tone perfectly) is somewhat churlish. If you leave God of War 3 feeling let down by its visuals, you really need another hobby. There are moments that I really couldn’t believe were happening; moments that will live long in my memory.

You might have worked out that I like God of War 3 a lot. A game with this much hype always has the potential to disappoint, but Sony and the team at Santa Monica Studio clearly knew what they were doing. This is a video game developed at the very highest level and takes what I thought was possible to new heights. God of War 3 is easily the best PS3 game I’ve played and sits comfortably as one of my favourite games of all time.

God of War 3 is a hack 'n' slash video game developed at the very highest level and takes what I thought was possible to new heights. It sits comfortably as one of my favourite games of all time.
10 Tons of combat options Incredible boss fights Seriously good looking The game ends