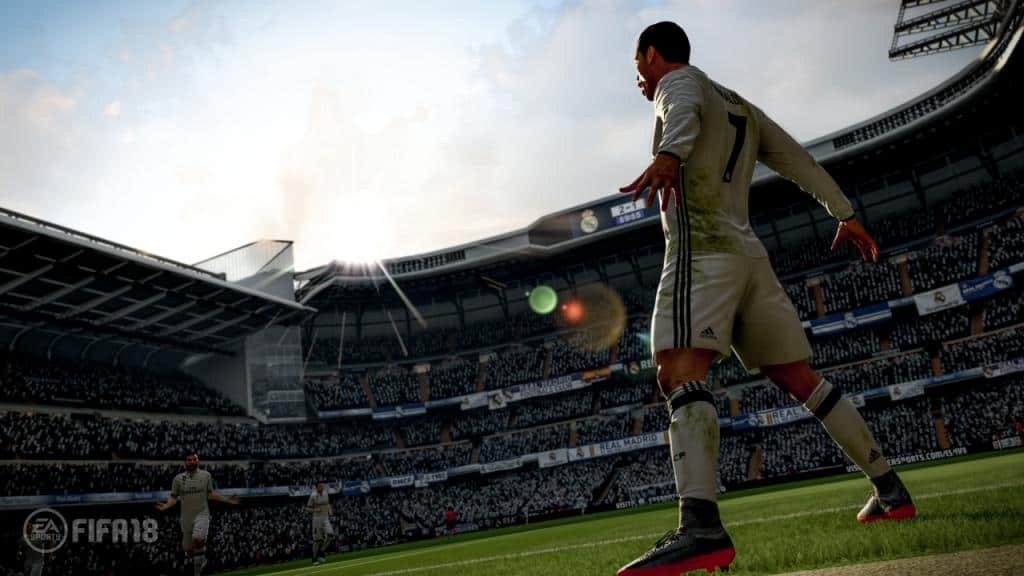 Just when you think the series attached to football’s governing body can’t get any more glamourous, it does. There’s a smidgen more pizzazz and an extra dollop of razzle-dazzle added annually and, in recent years, this has papered up the cracks on the pitch. FIFA 18 is no less fancy and feature-heavy: there are teams and leagues in here that you’ve probably never heard of, and a lot have their own TV-style graphics. Player models are a bit rough in spots, but the lavish presentation is here once again. All that aside, developer EA Canada has put enough work into the on-field action to make this the best FIFA game in years.

The ball feels less like a brick being kicked about a swamp, as the 22 highly-paid professionals run about more freely than FIFA 17; it all runs at a more enjoyable pace than recent offerings. Teammates are smarter with their off-the-ball runs, using space to their advantage while on the approach. Your input is also more important than it has been in the past few entries, requiring you to be mindful when making moves. For example, tapping the short pass button mightn’t see the size 5 reach your desired target, and merely hoofing the ball into the mixer won’t always see the centre forward stick his noggin on it for the goal. Sometimes it’ll be too close to the keeper and he’ll snuff out the attack handily due to your lazy final ball.

A ton of new animations give you more control with the ball at your feet, too, allowing you to change direction mid-run more easily. The attacking elite are more powerful than ever, which can sometimes see defensive powerhouses become redundant. If Annibale Frossi’s ‘0-0 is the perfect result’ quote makes you shudder, you’ll be delighted to hear that FIFA 18 has been designed for you to score some worldies. Taking a chance outside the box often ends up as a goal that Alan Shearer and Danny Murphy would be talking about for 15 minutes on a Saturday night. Seeing a ball leave your attacking midfielder’s boot and rocket into the top corner is a delight — of course it is — but your back four should be more than stationary bodies gawking at the Neymars of this world. Screamers are a wonderful part of the game, but Giroud isn’t nailing scorpion kicks every weekend.

And no amount of dead ball drills in the training mode will ever see me take to the corner kick system. Fighting against a reticule that doesn’t want to rest where you’re aiming isn’t fun. Free kicks feel improved, yet still very hard to tackle, too, making set pieces a disadvantage. Seeing the ball out of play does introduce one of FIFA 18’s greatest improvements, however: the Quick Sub. More often than not, the way you’ve set up your team before kick off is how you’re going to play the 90 minutes. Sure, this may change from time-to-time, but for most, it won’t. The quick substitution option allows you to make on-the-fly changes to personnel without having to pause play and fiddle about with menus. You can set these up beforehand, or leave it up to the game to suggest Fernando Llorente as a suitable replacement for a knackered Harry Kane. It’s not perfect: the recommended alternate won’t always be the best person for the job and it’s mapped to the same button as sprint, so you can initiate it without meaning to sometimes. But, it’s a nice way to make changes to your XI and maintain the flow of the contest.

Matches play second fiddle to the drama in FIFA 18’s The Journey: Hunter Returns. This is the follow-up to last year’s story mode, which saw footballing wunderkind Alex Hunter go from obscurity to immortality in the English game. Alongside that, Hunter had to deal with fighting for his place at his club, and dealing with his former best bud Gareth Walker. The Premier League prodigy’s comeback is no less dramatic this year, with transfers to other clubs, family tiffs, and even the chance to play as a few other footballers along the way.

The biggest compliment I can pay The Journey is that when focus shifted away from Hunter’s relationships, I was less interested. There’s some solid acting performances in here from the fictional characters, and some downright atrocious ones from those actually involved in the beautiful game — let’s just say Cristiano Ronaldo’s delivery won’t have Daniel Day-Lewis quaking in his Academy Award winning boots. I understand name value, but their memorably horrendous dialogue makes me question whether their inclusion is really worth it. The dialogue system is back, allowing you to shape Hunter as a cool or fiery persona, and you’re also able to customise him slightly with different hairstyles and clobber of your choosing. Honestly, it’s a bit of hammy fun and I was interested in seeing the climax, throughout.

You’ll also be getting chatty as a manager in Career Mode, as transfers have been reworked to allow you hash out terms with clubs and players in real-time,l interactive cutscenes. The negotiations are a bit of a novelty at first, giving you immediate satisfaction when haggling with that South American playmaker you’re after, but they do become a bit more of a time sink over time — you can thankfully set a few conditions prior to the meeting, and get someone else to engage in talks, though. Players will get stroppy and let you know if they’re unhappy with something at the club, making you feel a bit more like a proper gaffer, albeit a more muted one than you can be in dedicated management sims. There are issues, like having only a handful of preset avatars to choose from before a ball is kicked, but FIFA’s making strides in the right direction, here.

FIFA Ultimate Team retains all the card-opening, team-building glory that diehards have loved for years, with Squad Battles being the most notable addition. Squad Battles allow those who aren’t eager to get online against real-world players to assemble their squad of superstars while playing offline against AI-controlled FUT teams. The more wins you get, the higher you climb on the leaderboard of other real-life players. This, along with the new daily and weekly challenges, will give FIFA 18 players plenty of reasons to keep revisiting the game until next year’s entry.

Things are finally starting to click for FIFA on the pitch after a rough couple of years. Problems such as the defensive game feeling less important and the hinderance of set pieces are apparent, but the flashy graphics and sharp commentary are no longer the only reason to boot up EA’s football sim for a kick around. At long last, we have two quality football games on the market again.

FIFA 18 is the best FIFA game in years. There are some obvious flaws — some of which are more frustrating than others — but as a complete package, the series is making progress, once again.
8 The Journey is some theatrical fun FUT’s tweaks improve an already great mode Ball control and attacks are the most fluid they’ve been in years Defenders feel less important and set pieces are a chore 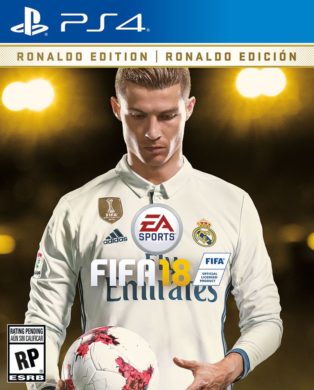