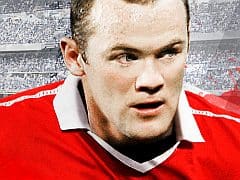 FIFA 11. It’s FIFA 10, but better. After playing this year’s version of EA’s blockbuster football sim, that’s the best I could come up with for an opening. It’s true, though. FIFA 10 was by far the best football game I’d ever played, and this latest iteration is that game with a smattering of new features, tweaked and refined where needed. As such, you can probably stop reading now if you want. What follows is about 1000 words on exactly what’s new, what’s changed and what makes it a better game, but it’s still essentially a trumped-up version of FIFA 10.

On the pitch is where the changes matter most, so I’ll jump straight in to how this year’s game feels to play. At risk of sounding like a broken record, FIFA 11 initially feels very similar to FIFA 10, but after a few games the differences in player physicality start to become abundantly obvious. Whereas in 10 you could somehow wrestle the ball away from a giant even if you had control of a player barely big enough to go on the rides at Alton Towers, now it’s a whole lot more difficult. Player size and weight will determine if you can hold off a pursuing defender, or snuff out danger by simply pushing away the oncoming attacker.

Other changes are less immediately obvious. Pro passing gives you more control over where you’re sending the ball, but unless you’re an expert it’s unlikely you’ll even notice; such is the help given when played with assists turned on. It’s worth persevering with no assists, though: Whereas it seems that you can ping the ball about as you wish using the default settings, with manual passing it feels as though the stabilisers have been taken off and you’re playing properly for the first time.

There’s also a revamped penalty system, with a gauge for composure, a power meter and fully analogue aiming. Stop the bar in the red on the composure gauge and you’ll fire wide or over the bar; use too much power and hold a direction for too long and you’ll miss the target. It’s a fiddly system at first, but definitely better than the overly simple penalty mechanic we’ve had in the past.

These changes have made a more realistic virtual game of football; one in which it’s harder to break down defences, where skilful players are worth their weight in gold, and careful build-up is key. The best teams put you under pressure as soon as you receive the ball, and frustrate with their ability to retain possession, but they can all be ripped apart if you use the right formation, utilise the required tactics and have the skills. Timing is the key to everything, whether simply passing or trying to hammer the ball into the top corner, as a player off balance or being harassed is incredibly likely to fluff his shot or end up passing to the opposition.

One of FIFA 10’s most high profile problems was the ease at which you could chip onrushing keepers. This appears to have been solved by making chips harder to pull off and keepers a bit more intelligent. As every player now has his own personality, some keepers are more likely to go crazy and rush you than others, but on the whole even the Almunias of the football world try to cut down your goal scoring options.

The final big addition is the ability to play as the goalkeeper. I’ve discussed this in more detail elsewhere, but essentially it plays more or less how you probably expect it will. It’s quite a lonely way to play FIFA 11, but with position just as essential as reflexes it requires an awful lot of concentration. It also allows FIFA 11 to offer something the series has never managed before: 11-vs-11 online play. By making use of the Be a Pro mode, a series staple in which you take control of a single player for the duration of a match, you and ten others can take on another set of 11 real people

These large online matches are something that I personally couldn’t get into when it was 10-vs-10, so 11-vs-11 doesn’t do anything for me, but the option is there for anyone who wants it – as is the ability to set up a Pro Club that can compete in monthly cup competitions. If these big matches aren’t your thing you can also create a new player and work through a 15-season career, attempting to become a superstar of the game. Player manager and straight up management modes are also available, and you can play or simulate the match results depending on your mood.

As has been the case for a while, the career mode allows you to make some unbelievable transfers, the likes of which your club would likely never manage in real life. Spurs somehow start with a tonne of cash, so I was able to buy a handful of world class players to add to the existing squad. Negotiating has been improved, so you now have to talk to the club and the player to secure a deal, while the tweaked email system makes it easy to keep on top of your dealings. A good squad is essential if you’re going to compete, because players will tire if you play them too often. If you’re bringing in unknown 18-year-olds when your star players are sitting on the bench, you’re going to end up languishing in mid-table mediocrity.

Other additions don’t really affect the on-pitch gameplay, but do enhance the customisation options and community feel. The web-based Creation Centre lets you build new players and teams, customise their appearance and kit, and then share it with the FIFA-playing world. You can also make your own unique chants that can be heard in the terraces, but – no doubt due to online safety – these can’t be heard when you play other people from around the world.

As well as being able to compete head to head with friends, online or locally on the same console, global leaderboards let you compare you achievements. 32 leaderboards let you see who’s scored the fastest goal, the largest win streak, the furthest goal and more. While on the face of it these leaderboards might seem like a gimmicky extra, it’s surprising how long I spent in the training arena trying to score goals from an ever increasing distance, such is the draw of trying to outdo your friends.

FIFA is still a fine looking sports game, which when viewed from any of the distant views looks as close to real football as I’ve ever seen, but the player likenesses are once again extremely varied in terms of accuracy – and there’s definitely a portion of the roster that look downright ugly. Given how long the FIFA series has been running on this engine I’d have liked the majority of regular top league players to closely resemble their real life counterparts, but that sadly still isn’t the case. Some players, like Tottenham’s Tom Huddlestone, are modelled well in terms of body shape, but the face is way off the mark, while the even less fortunate have the right hair colour and that’s about it.

Audio around the stadiums is uniformly excellent, with chants and general crowd noise really immersing you into the action, but the commentary still has issues being relevant to what’s going on. It’s still about the best I’ve heard in a football game, but I wish the dev team would iron out the annoying comments, such as “he should have scored” after you’ve just attempted a volley from about 40 yards. It also has a tendency to slip behind the action too often, with the commentators still talking about a clearance as the other team has broken up the pitch and is about to score.

You could argue that FIFA 11 doesn’t do enough to warrant a purchase if you already own FIFA 10, but small changes on paper have made for some significant differences on the pitch. FIFA 11 feels far more realistic than its predecessor, while also packing in a smattering of new features. Yes, you could get by with last year’s game, but you will be missing out on what will probably be the best sports game of 2010.

FIFA 11 feels far more realistic than its predecessor, and packs in new features. You could get by with last year's game, but you will be missing out on one of the best sports games of 2010.
9 Most realistic FIFA yet 11-vs-11 is there if you want it From distance it looks incredible Some players are ugly

Will reinvent player authenticity – on and off the ball – for…

Will reinvent player authenticity – on and off the ball – for…