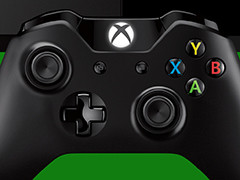 Developers will be able to add new Achievements to existing Xbox One titles “every week”, Microsoft has revealed, but they will be limited by a monthly cap designed to stop them from “overhwelm[ing] gamers” with additional Gamerscore.

“We’re seeing people get all 1,000 Gamerscore in the first two weeks, and then still be playing that game two months later,” says Gibson. “We want developers to offer Achievements and interesting things to do long after a game ships. You could be playing a game for a year and get a couple thousand Gamerscore because the developer is adding new Achievements every week or every month.”

But Microsoft will have restrictions in place to stop developers from flooding titles with new Achievements.

“Developers won’t be adding 10,000 Gamerscore a day,” Gibson continues. “The cap is, developers have Gamerscore they can spend every month. We don’t want to overwhelm gamers.”

Microsoft announced plans to overhaul its Achievements system at the reveal of Xbox One earlier this month.

Xbox One is due for release later this year.