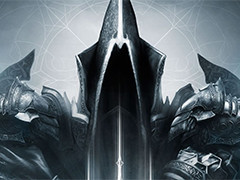 What’s in store for Diablo 4? Series future ‘still up in the air’, says Blizzard

Blizzard intends to roll out additional content updates for Diablo 3: Reaper of Souls in the months following tonight’s launch, but beyond that, the future of the franchise is still “up in the air”, lead producer Alex Mayberry has told VideoGamer.com.

Discussing Blizzard’s long-term plans for Diablo with us this morning, Mayberry explained that Blizzard was “still evaluating” whether to develop any further expansions following tonight’s launch of Reaper of Souls.

“We’re already planning out what the next content update will be but we’re not making… We’re still talking about what the long-view is for the franchise, mainly because we want to see how people react to Reaper,” he said. “We want to make sure that we don’t get ahead of the community and start going down some road that won’t lead us to where we want to go.

“Every time you finish a game there are things that you didn’t get in that you wanted to get it, so there are a handful of things that we’re still looking for post-launch updates that we definitely want to make sure go in. Other than those things we want to see the community reaction, we want feedback.”

Community feedback will play a key role in the developer’s plans for the series, Mayberry says, possibly shaping its approach to future expansion packs and sequels.

“I think sometimes players might feel like we don’t listen because there are millions of them and a few of us, but absolutely, community feedback is critical to what we do,” he continues.

“We are doing long-term planning right now. There has to be a certain bit of overlap when you’re finishing up a game but planning out what’s next because at some point you’re done and you need something for people to work on. So we’ve done our short-term planning but this is months, not years. Now that we’ve got some short-term planning done we’re looking at the long view – what are we doing in the years to come with the franchise – and that’s all kind of up in the air right now.”

Diablo 3: Reaper of Souls launches on PC and Mac at midnight tonight with Diablo 3: Ultimate Evil Edition expected to launch on PS4 – and possibly Xbox One – later this year.