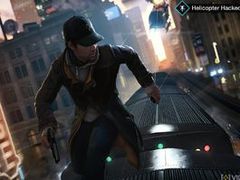 Watch Dogs 2 has the potential to be “one of Ubisoft’s best-selling games of all time”, Ubisoft CEO Yves Guillemot has said, stating that the game will “surprise players” with its “new tone”.

Discussing the publisher’s line-up of titles for the current financial year last night, Guillemot said that its “biggest title will be Watch Dogs, which will build on the success of the first game.

“It has the potential to be one of Ubisoft’s best-selling games of all time,” he added. “The game will once again surprise players with a new tone and with innovative hacking gameplay possibilities. We can’t wait to show you more.”

An image of Watch Dogs 2’s lead character was reported to have leaked online earlier this month after it was posted to Instagram by the actor allegedly playing him. The actor’s profile was later made private.

The original Watch Dogs launched on PS4, Xbox One, Xbox 360, PS3 and PC back in May 2013. A Wii U release followed six months later. Platforms for the sequel have yet to be confirmed.