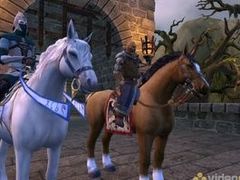 Back in October 2008, EA revealed that the Warhammer MMO had achieved sales of 1.2 million units and at the time had 800,000 players. Three months later, as part of its third quarter financials, EA announced that the game “ended the quarter with over 300K paying subscribers in North America and Europe”.

EA has recently introduced a 10 day trial option in an effort to entice new players into the world of Warhammer.