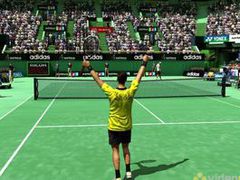 UPDATE: Virtua Tennis 4 is to be removed from digital stores across PC and console next week due to license expirations, SEGA has confirmed.

“Certain licensing arrangements for Virtua Tennis 4 will expire on April 23rd, 2015, after which, the game will be no longer be available to purchase from Steam and all other digital retailers and platforms,” SEGA said in a statement provided to VideoGamer.com. “This will not affect users who have already purchased the game and until the 23rd April, Virtua Tennis 4 is available from Steam at 80% off, so grab it before it disappears!”

ORIGINAL STORY: The PC version of Virtua Tennis 4 is to be removed from sale digitally on April 23, SEGA has announced.

Reasons for the game’s imminent removal remain unclear, but may have something do with its Games For Windows Live requirement. We’ve checked in with SEGA to try and find out.

Nevertheless, if you’ve yet to pick it up ,you can grab it for 80 per cent off on Steam until it gets pulled, with the game reduced to just £2.99 for the next week.

Virtua Tennis 4 launched on PC and console in summer 2011.

The no. 1 best selling tennis series moves to an all-new level…

The no. 1 best selling tennis series moves to an all-new level…