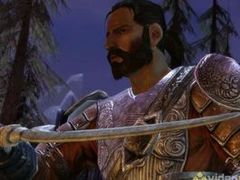 The PS3 version of fantasy RPG Dragon Age: Origins will definitely be out this month, despite it still not having a firm release date.

The PC and Xbox 360 versions of the epic BioWare game were released on November 6. Publisher EA had said the PS3 version will be released “later in November”.

With nearly half the month already past, a November release could have been in doubt.

But speaking to VideoGamer.com, BioWare co-founder and CEO Dr. Ray Muzyka confirmed the game’s still on track for release by the end of this month.

So, it will definitely be November?

“Yeah,” replied Muzyka. “It’s in cert[ification] now basically. I don’t know the exact date, but it’s coming soon. Basically November 6 is PC and 360. PS3 we’re trying to get out as soon as possible after that.”

The PS3 version of Dragon Age was released at the same time as the other versions in North America.

“It’s different in every territory in terms of the timing and the amount of time cert versus manufacturing takes on different platforms. Sometimes you can align them and sometimes it’s not possible.”

Is Dragon Age: Origins any good? Head over to our PC review to find out.