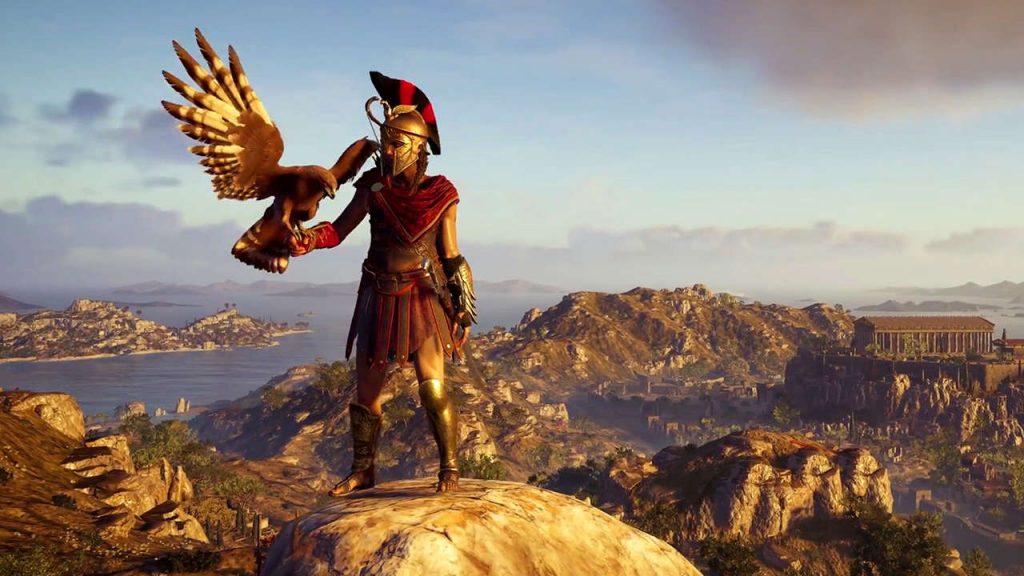 Ubisoft will continue to create open world outings rather than return to focused storylines because there is space for both experiences to coexist in one game, as stated in an interview with GamesIndustry.biz.

Assassin’s Creed Unity and Assassin’s Creed Syndicate were the first titles in the series to meddle with the idea of an open world. Although they were confined to just one city, there was the opportunity to focus solely on the main sequences or explore to fulfil side quests and discover collectibles. If you took the former approach, it would take the average assassin about 17 hours to complete the core narratives of Unity and Syndicate.

Now compare that with Ubisoft’s latest venture into the past, Assassin’s Creed Odyssey. Journeying across the entirety of ancient Greece and its surrounding islands, focusing on just the main story would take about 40 hours, and the most dedicated misthios would sink almost 120 hours with a completionist approach. Gods & Monsters and Watch Dogs Legion are set to be similar in scale, with the latter boasting a ‘Play as Anyone’ feature. And, Ubisoft CEO Yves Guillemot said the studio won’t be slowing down any time soon.

A return to focused narratives that span at most 20 hours is not on the agenda. ‘Our goal is to make sure you can have a Unity within an Odyssey,’ Guillemot said. ‘If you want to have a story of 15 hours, you can have it, but you can also have other stories. You live in that world and you pursue what you want to pursue. You have an experience, many Unity-like experiences.’

Assassin’s Creed Unity and Assassin’s Creed Unity Odyssey had around ten studios working on their development, but of course, the final products varied hugely in their dimensions. The price point of these games has not risen to match the increasing scope of Ubisoft’s games, which queries how sustainable open world games are. Guillemot countered this observation: ‘The world is big and the number of players that can play our games is immense. What we've seen in the last few years is the number of players that play our games is constantly growing.’

‘New markets are opening up and games live a lot longer than before. So at the moment we see that we can continue to increase the investments because we know we can have a return on investment that can be quite long[-tailed],’ he explained. Assassin’s Creed Odyssey has also been supported with DLCs like Legacy of the First Blade and The Fate of Atlantis, and recently received the Fields of Elysium and Sokrates Trial episodes for free.

‘Our teams don't stop after launching the game,’ Guillemot stated. ‘We have huge teams that continue to create content for players to stay in those universes they love to be in. The fact that we have some players buying items in these games is giving our teams the chance to continue creating that extra content.’

Ubisoft is keen to diversify and explore its options in the future, including creating new IPs by capitalising on technologies such as cloud gaming and next generation consoles.