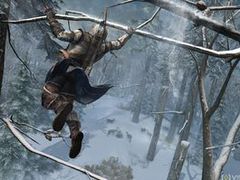 Ubisoft’s online store has dated the publisher’s range of Wii U titles, confirming that Assassin’s Creed III, Just Dance 4, Your Shape: Fitness Evolved 2013, Marvel Avengers: Battle For Earth, and Sports Connection will each be available to buy on Wii U launch day alongside previously confirmed Rayman Legends and ZombiU.

That takes Ubisoft’s launch day tally to seven, more than twice as many as any other publisher.

The titles are also priced relatively low on Ubisoft’s Store. You can pre-order Rayman Legends for just £31.49, for example, using discount code ’10THANKYOU’.

Many more titles are scheduled to launch during the Wii U’s ‘launch window’, which runs until March 2013.

Both Rayman Legends and ZombiU placed on our list of Wii U’s Most Promising Launch Games.