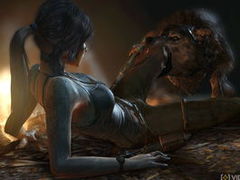 Spotted by Polygon, Hughes said: “I’m always a fan of the Nintendo systems, in particular they really push interface design, and from a game design perspective it’s fun to play with new interfaces,” Hughes said. “Having said that it’s something that I think we would want to tailor the experience to if we were going to do it.”

He added: “All three [other console versions] are really trying to deliver roughly the same experience but delivered best on each platform, and I think something like the Wii U often asks you to do something unique based on a unique interface.

That’s a pretty disappointing reason from Hughes given that I’m sure Wii U gamers would rather have the game released with no special Wii U functionality, than not see it released at all.