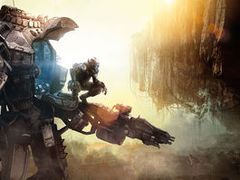 Titanfall will not include support for cross-platform play, Respawn Entertainment has confirmed.

Community manager Abbie Heppe confirmed the news to VideoGamer.com at Gamescom this morning, revealing that Xbox One players will not be able to play with Xbox 360 and PC players or vice-versa.

Discussing the Xbox 360 version further, Heppe revealed that the port is not being handled by a major developer, but that Respawn’s producer is working with them closely to ensure the title is “as good as it can be”.

“We haven’t said [who is developing the 360 port yet] and I don’t think I can say right now because I would be worried that now they’re going to get inundated and I haven’t prepared them. I should probably talk to them first! But we’re working really closely with them.

“Obviously we want the Xbox 360 version to be as good as it can be so our producer works with them constantly and is making sure that it definitely has our oversight.”

She continued: “But since we’re still working on the [Xbox 360] port and all the feature sets for it, I honestly don’t know [how different it will be] yet. Once we reach the end of that we’ll be able to more specifically lay out what the differences between the two will be. Obviously there will be some, but we don’t even know. It’s one of those, like, ‘How much can we fit in before we have to go to cert’?”