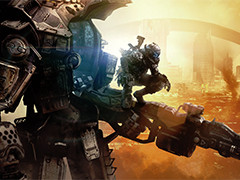 Titanfall 2’s team size is almost 30% larger than that of the original game, Respawn has revealed, with around 90 people currently working on it.

That’s about 20 more people than the original, HR & recruiting manager Kristin Christopher tells Develop, with a second team, which is working on an unannounced third-person action-adventure, expected to grow to roughly the same size.

“Respawn is growing from a one game, one team studio to a two game, two team studio,” Christopher said. “A while back we hired Stig Asmussen – formerly with Sony, where he was director on God of War 3 – to direct a new game for us.

“The team is currently small, but as they prepare to go full-force into development there will be many more positions that open up. I could see us hiring up to 70 more people to support that game, not counting other roles in the studio. It is a really exciting time.”

She continued: “Although we make triple-A games, our teams are on the smaller side compared to other triple-A developers. We had about 70 developers on the original Titanfall and we currently have about 90 working on the sequel. We expect our new team to grow to a similar size.”

While Titanfall 2 has yet to be formally revealed, EA has indicated numerous times that the game could arrive before the end of the current financial year. A later leak from toymaker McFarlane revealed that it would be releasing a new range of action figures “in conjunction with the highly anticipated launch of Titanfall 2”, indicating a winter 2016 release.

Back in October, Respawn CEO Vince Zampella revealed that 2016 “is going to be a very big year for Titanfall”.