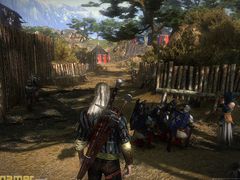 “I was checking regularly the number of concurrent downloads on torrent aggregating sites, and for the first 6-8 weeks there was around 20-30k people downloading it at the same time. Let’s take 20k as the average and let’s take 6 weeks. The game is 14GB, so let’s assume that on an average not-too-fast connection it will be 6 hours of download. 6 weeks is 56 days, which equals to 1344 hours; and with 6h of average download time to get the game it would give us 224 downloads, then let’s multiply it by 20k simultaneous downloaders.

“The result is roughly 4.5 million illegal downloads. This is only an estimation, and I would say that’s rather on the optimistic side of things; as of today we have sold over 1M legal copies, so having only 4.5-5 illegal copies for each legal one would be not a bad ratio. The reality is probably way worse.”

Later in the interview, Iwinski said that he did not believe DRM was the answer. “In my almost 20 years in the industry, I have not seen DRM that really worked.”

How does Iwinski think developers and publishers should combat piracy, then? “I would rather focus on rewarding the legal customers. We did this with Witcher 2 and beefed up both the retail and digital version with a lot of additional goodies to make it real value for money. I always think that ultimately it’s about convincing the customer in all possible ways, that your game is the best value and that the original version is something they must have at home.

“I do not believe in forcing anyone to buy our game. If they do not want it and they pirated it, it means we did not have the right offer for them – maybe the price was too high and they will buy it later on a year or two after the release when it will be more affordable.”

The Witcher 2 will be coming to consoles next year.