The Room series racks up over 5 million sales - VideoGamer.com 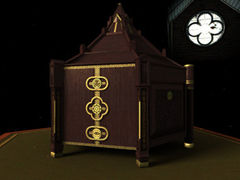 The Room series racks up over 5 million sales

The Room series has sold 5.4 million copies, developer Fireproof Games has announced. This includes sales of both the original and last December’s sequel, The Room 2.

Fireproof co-founder and The Room director Barry Meade made the announcement via his Twitter account, and in the process made a mockery of the idea that premium games don’t sell on mobile.

“Okay so premium games on mobile don’t sell, so we keep getting told by the investor/marketing wing of the industry…” he started.

Then followed up by revealing the series’ impressive sales:

“Yet this all happened without Fireproof spending any money on marketing or PR or analysts or analytics…” he then added.

“Who cares if f2p games’re making zintrillion$ if they’re barely games at all. Gamers need a space on mobile & only we can create it.”

The Room and its sequel are shining examples of mobile game development done right. They are designed around the strengths of the devices, offer a unique experience, and aren’t rammed full with ugly in-app purchases.