The Rise and Fall of Tomb Raider’s Xbox Exclusivity 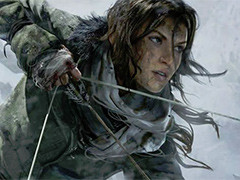 Rise of the Tomb Raider probably isn’t an Xbox exclusive after all – but with the mixed messaging surrounding the exclusivity announcement, you’d be forgiven for believing it was.

Announced during the platform holder’s Gamescom press conference earlier this week, the exclusivity deal, which will see Rise of the Tomb Raider launch exclusively on Xbox One and Xbox 360 next year, attracted a torrent of criticism from fans as word spread that they may not be able to play the upcoming sequel on PlayStation or PC.

The situation wasn’t helped by comments from Microsoft representatives shortly after the announcement, whose mixed messaging told a different story to what ultimately turned out to be the truth.

In the UK, a Microsoft PR representative corrected games publication GamesTM when it stated that Rise of the Tomb Raider was only a timed exclusive, telling them, “Nope, just exclusive”. Shortly after, a post on Microsoft’s Xbox Wire stated that the game was to be published by Microsoft Studios, and later amended to remove the publisher altogether.

Other senior representatives appeared confused, too. Xbox’s senior director of Studios Global Product Marketing Aaron Greenberg corrected US journalist Geoff Keighley when he said that the “Official line is that the game is ‘exclusive on Xbox for holiday 2015′”. “That is not what we said,” Greenberg replied. “[Crystal Dynamics] also posted same,” linking to an equally cloudy blog post explaining the partnership.

But it was. When formally questioned, both Microsoft and Square stuck to the same official line – that Rise of the Tomb Raider is “launching in Holiday 2015, exclusively on Xbox” – until Xbox head Phil Spencer finally admitted that the deal “has a duration” period 24 hours later.

It was already too late, of course. The anger and hatred had already set in amongst fans, and Microsoft, Square Enix, Crystal Dynamics and the Tomb Raider brand had already been damaged in the cross-fire.

But it didn’t need to be like this. Had Microsoft been clearer with its initial message the controversy could have been avoided completely. Instead, it’s just another reminder of the terrible communication surrounding Xbox One’s reveal last year, and the cagey discussion around the console’s original online requirements and DRM.

Perhaps most disappointing of all, though, is Spencer’s earlier promise to be more “direct and honest” with consumers failing to come into fruition.

He initially dodged the question about exclusivity in an interview with CVG, choosing not to clarify whether the game was a timed or permanent exclusive to Xbox platforms.

“We’re saying what we said on stage,” he said. “In Holiday 2015, Rise of the Tomb Raider will be exclusive to Xbox. That’s the comment. We had a lot of similar questions around Titanfall and the structure of our deal is a business relationship that’s frankly between us and Square Enix. I know Crystal Dynamics has issued a statement and we’re going to stand by that. Xbox fans are going to be able to play Tomb Raider next holiday exclusive on Xbox.”

So with the earlier promise to be less “confusing”, why wasn’t Spencer more upfront about the deal originally? Securing an early launch on Xbox One over that vital Christmas period will be a major win for Microsoft, ensuring the game escapes any technical comparisons with PS4 and – likely – see more units of a multiplatform third-party title sold on Xbox One, something MS has struggled with so far. It will likely sell some Xbox Ones, too, depending on how long the deal lasts.

But what should have been a big PR win turned into another PR disaster for Microsoft, and with the recent revelation that Xbox One ‘exclusives’ Dead Rising 3 and Ryse: Son of Rome will soon be heading to PC, fans must be wondering what it means to be an ‘exclusive’ on Microsoft’s platform any more…