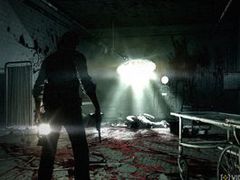 The Evil Within release date brought forward a week

The release of The Evil Within has been brought forward by one week and will now launch in the US on October 14, Bethesda has announced. The game had previously been due to launch on October 21.

We’ve checked in with Bethesda to ask whether the UK release has seen a similar shift and will update when we hear back. (UPDATE: It has. The UK date has been set for October 17.)

The date change means that The Evil Within will now avoid launching during the same week as anticipated shooters Evolve and Battlefield Hardline, and instead go up against last-gen-only shooter Borderlands: The Pre-Sequel.

The move follows a similar strategy with Wolfenstein: The New Order which also saw Bethesda bringing the release forward by a week – presumably to avoid the release of Watch Dogs.