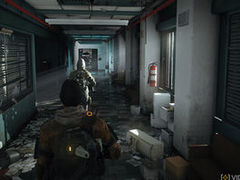 The PS4 and Xbox One versions of The Division will let players “disable certain lighting aspects to improve framerates”, according to one of the game’s developers.

The info was revealed by an unnamed dev in a new video posted by Team Epiphany, who explained that if players wish to “choose framerate over visuals”, they can.

“It’s actually great that we give the option to disable certain lighting aspects to improve framerates in the console versions,” he said, “which I don’t know of another game that does that off the top of my head. So if you want to choose framerate over visuals, you can if you want.”

It isn’t clear how much the framerate can be improved by disabling particular lighting options, or whether it will unlock the 30fps cap seen in the console beta. The option was not available in the beta despite other similar features being present, including the option to tweak sharpness and disable chromatic aberration.

The Division launches on PS4, Xbox One and PC on March 8. A new open beta is rumoured to be taking place next week.