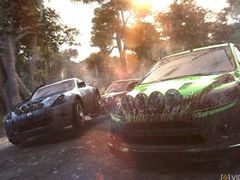 Online racer The Crew will run at native 1080p, 30 frames per second on both PlayStation 4 and Xbox One, creative director Julian Gerighty has confirmed to VideoGamer.com.

The PC version won’t differ too much from the console versions, either, he says, adding that Ivory Tower is “really trying to get parity across all versions, so it’s something that’s important to us not to branch out and not do individual things for individual platforms.”

One feature exclusive to the PS4 version, however, will be the use of the DualShock 4’s touchpad.

“Reflections is doing the PS4 version and they’re doing an incredible job on it,” Gerighty continued. “We’ll be using the trackpad to manipulate the map and stuff like that, so they’ve really pushed two or three different things there.”

The Crew launches on Xbox One, PlayStation 4 and PC later this year.