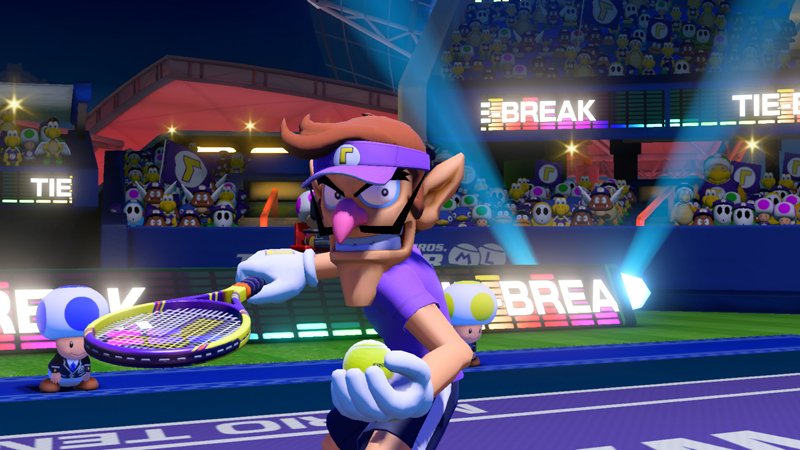 Loads of stuff happened this week. Sports stuff, political stuff, celebrity stuff, science stuff. So much stuff happens all the time, stuffing the stuff with stuff. If only there was an easy way of seeing the stuff that mattered separated from the stuff that doesn’t… then you could enter your weekend engagements with clarity, insight and eloquence. That stuff? Why yes, you’re about to read about it, here, in this week’s news round up…

Hi, I’m Imogen. I’m new here. I write the news bits and pieces here on VideoGamer.com. In my first two weeks on the job, you’ve probably heard me on the podcast wherein I peppered in sciencey stuff that I’ve learned from being ‘too online’. You may have seen me pop up in a video, too, and you may see more of that in the future – I’ll probably be the one who’s clueless about the ancient history Colm references, like Jerry Springer, or floppy disks. I’m clueless about Clueless too – haven’t seen that either. Instead of catching up on quintessential classics, I sink my time into big open-world RPGs like Assassin’s Creed Odyssey, or watch criminally good TV like Black Sails, Killing Eve, and What We Do In The Shadows. Speaking of the criminally good, Peaky Blinders series five got a new trailer earlier this week. Now go and watch that trailer. Then come back to read the ravings of a woman who cannot contain her excitement for, ‘corrupt British politics, but make it fashion’.

It’s got a load of my favourite actors in it, and this season will see even more of my favourite actors join the stellar cast. Sam Claflin, who captured all of our hearts in The Hunger Games, will play the leader of the British Union of Fascists, Oswald Mosely. A definite face-heel turn for the actor who’s been the nice guy in everything he’s done, and doubtlessly he’s as power-hungry as Tommy Shelby. Anya Taylor-Joy must be a time-traveller, because she looks simply made for 30’s era curls and furs; at least in this historical setting, she’s won’t be terrorised by anyone named Phillip.

It’s like Peaky Blinders numero cinco has been custom-built for me and me alone and I cannot wait. No premiere date has been set, so if you’re unfamiliar with the Brummie drama, or if you slipped off the wagon after shaky series three, there’s still time to wodge in some sumptuous sixty minute episodes to your evenings.

Borderlands 3 has officially gone gold ahead of September launch

Gearbox has completed development one month before the launch of Borderlands 3, and I still think they should have made the joke about ‘going orange’ instead. It’s been a busy couple of days for the third looter-shooter in the series, as we also got two Vault Hunter character trailers. Zane is a mercenary with a colourful CV, and Moze is a heavily armoured damsel not in distress, but they both appear to be lonely souls. I suppose that’s to be expected when everything in the galaxy wants to riddle or griddle you.

From August 7 to August 13, Switch Online members in the UK will be treated to a free download of Mario Tennis Aces in Nintendo’s Game Trials. Mario Tennis Aces is widely regarded as a good game and not only that, it will be discounted from August 7 to August 20 with progress from the Game Trials carrying over if players purchase the full game. Nintendo has seemingly introduced a competitor to other services like PS Plus and Xbox Live Games with Gold, but with little fanfare, so it’s assumed that this is a trial of Game Trials.

FUT for FIFA 20 will receive some pretty substantial changes in its latest iteration, including a Seasons mode which will offer hefty rewards across several real-time weeks of play. I’ve learned that none of that is proper important though; the most important news is who is on which cover of FIFA 20. Eden Hazard is on the standard edition box, and Virgil van Dijk is on the Champions edition. I think it’s very brave of EA to choose who I assume to be Thunderbirds characters as the faces of FIFA 20. PES 2020 announced its cover boys too, and I did know who one of them was, at least.

According to a report by Tax Watch UK, the developer of Grand Theft Auto V, Rockstar North, hasn’t paid corporation tax between 2009 and 2018. That’s quite a long time and presumably quite a lot of money that’s gone astray. The studio has additionally soaked up 19 per cent of the total funding of the Video Game Tax Relief initiative since 2014. The Video Game Tax Relief Fund is intended for game developers who represent British culture in their products that would otherwise struggle to sell in an international market without financial support. Considering the enormous success of Grand Theft Auto V, their lion’s share does seem a little questionable. Rockstar has not commented on the claims.

In a new trailer, we learned that Heartman is a character in Death Stranding who dies, is revived by an automatic external defibrillator, and dies again 21 minutes later. It’s very deep, and philosophical, and it’s a symbol of humanity, within the motif of time and what we choose to do with it. Or maybe Kojima Productions just needs some sleep. Hideo Kojima announced that they’re in the crunch zone of development on Twitter, and lots of the replies have asked for the team to chill out just a bit.

Season X for Fortnite began on August 1, and dropped mechs into the mix. The mechs are ridiculously powerful, with rapid movement abilities and a deadly stomp. In addition, Epic has twisted the lie of the land by adding time travel areas onto the map, called Rift Zones. These zones will bring back locations that were previously lost to destruction, as seen in the trailer, and change gameplay conditions as soon as players enter them. Moreover, Tyler ‘Ninja’ Blevins  — one of the most popular Fortnite streamers  — signed a deal with Microsoft to exclusively stream on their platform Mixer from now on. Microsoft seems to be taking the ‘if you build it, they will come’ approach to Mixer.

An exciting gameplay feature is coming to Man of Medan, that will allow players with the Curator’s Cut pre-order bonus to replay the story from the perspective of another character. The story is therefore unfixed, and through the eyes of someone else, players will reveal secrets and outcomes that would be otherwise hidden in the first playthrough. This ability will release for all players at a later date.

At last weekend’s QuakeCon, fans received new insight into the substantial Wastelanders update. As we know already, NPCs and factions will arrive to Fallout 76, but the dialogue system will echo its predecessor Fallout 3. S.P.E.C.I.A.L. points will determine what options are available to players in situations, and whether or not they will succeed or fail. In addition, retro guns from previous Fallout installments will be introduced, including classics like the Gauss Minigun and the Plasma Rifle. These will doubtlessly come in handy in the new Vault raid and the new map for the battle royale mode Nuclear Winter, both of which will be added with the Wastelanders patch.

Doom, Doom 2 and Doom 3 were re-released onto Nintendo Switch, PlayStation 4 and Xbox One as a surprise announcement at QuakeCon. Unfortunately, players encountered a login pop-up on the classics, telling them they’d need a Bethesda.net account to access and actually play the game. Bethesda apologised to aggravated fans, stating that a login shouldn’t have been necessary and that a fix is coming soon. And on the theme of remakes and remasters, Doom 64 is rumoured, as a PEGI listing appeared for a Doom 64 on PC and PS4 before quickly vanishing from sight. Additionally, at QuakeCon, Id Software showed off the innovative Battlemode multiplayer for Doom Eternal, which will pit one Slayer against two player-controlled demons. The mode seems to be balanced in favour of the goodies and the evilies equally, with unique abilities for the demons to chase down the highly mobile Slayer.