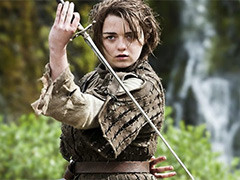 Telltale’s Game of Thrones is still coming this year

Telltale’s Game of Thrones is still due to premier later this year, the developer has confirmed.

While no specific release date has yet been announced, community and PR specialist Laura Perusco confirmed on Twitter that “the season IS premiering later this year.”

Little has been seen of the game since its announcement last year. However, it was revealed back in August that Destiny writer Joshua Rubin had left Bungie to join Telltale – possibly to work on Game of Thrones.

Telltale’s other episodic series, The Walking Dead, hits PS4 and Xbox One this Friday, October 31.