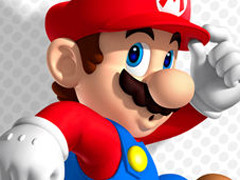 Nintendo is offering a free digital copy of Super Mario 3D Land to anybody who registers a Nintendo 3DS or Nintendo 3DS XL and selected game between November 27, 2013 and January 13, 2014.

To be eligible for the promotion, simply register the console and one of 15 games with Club Nintendo between the two dates and you’ll be able to request a free download code.

You don’t need to purchase the console or games between the two dates, either. If you’ve yet to register your handheld and eligible game with Club Nintendo, just do so during the promotional period and you’ll receive the code.

2DS owners don’t appear to be included in the offer.

For more details on how to claim for a code, head through to Nintendo’s official website.